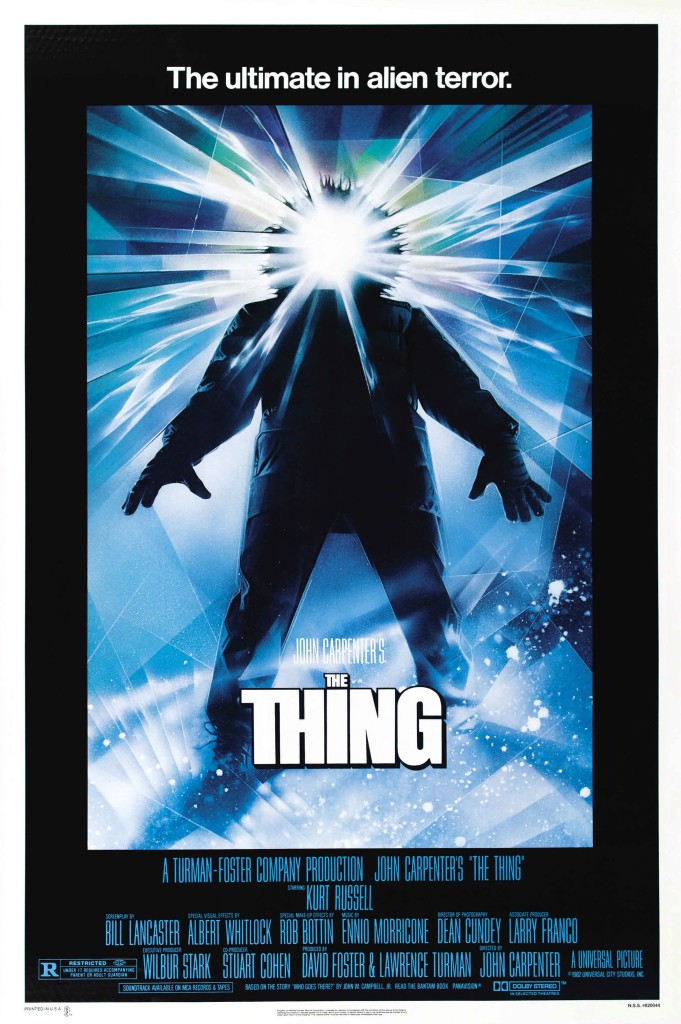 What can be added, at this point? Very little by me, I’m afraid.

THE THING started out as a pulp story called “Who Goes There?” by John W. Campbell Jr., and Howard Hawks (with Christian Nyby) turned it into a movie in 1951. Then, in 1982, John Carpenter, who regards Howard Hawks the way I regard John Carpenter, took a phenomenally-constructed script by Bill Lancaster — Burt’s son, who also wrote THE BAD NEWS BEARS — and turned it into one of the greatest, most graceful horror films of the past thirty years.

Carpenter’s film was a remake, technically — one of the most artistically successful remakes in cinema history. John Carpenter remade a sci-fi classic by his hero, Howard Hawks, and arguably, he beat it. It’s still a brilliant set-up – a malicious shape-shifting alien being plagues twelve guys manning a research station in Antarctica – and the follow-through is equally brilliant, between the direction by Carpenter, the imagery by cinematographer Dean Cundey, the monstrous effects by Rob Bottin, the dying-heartbeat of a score by the legendary Ennio Morricone, and the eclectic ensemble cast of character actors (some you’ve seen before; some who were never seen again), led by the sturdy Kurt Russell and the incomparable Keith David.

The end result is the greatest movie T.K. Carter was ever affiliated with *NOT* named DOCTOR DETROIT. It’s arguably Carpenter’s masterpiece. It’s a classic in science fiction, a classic in horror, a classic study in isolation and paranoia, and it’d be all of those things even without that remarkable ending, which is legendarily, chillingly, ambiguous. With that ending, though, THE THING is unshakable, a thing of great permanence, an enduring classic. 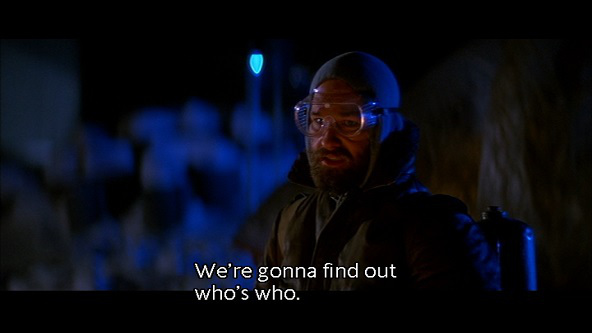 THE THING is playing tonight at the Alamo Drafthouse in Yonkers. Hope they serve hot cocoa.

But who IS the Thing? A theory…