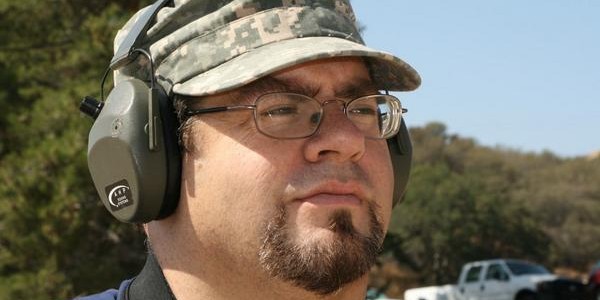 Very tragic news today. John Fasano, the writer/director who helmed genre favorites BLACK ROSES, ROCK’N’ ROLL NIGHTMARE and THE JITTERS and wrote the screenplays for ANOTHER 48 HRS. and UNIVERSAL SOLDIER: THE RETURN, has passed away suddenly in his sleep last night. He was 52 years old.

Fasano graduated from the State University of New York at Purchase and worked as an art director and film poster designer before jumping into genre film with ZOMBIE NIGHTMARE and ROCK’N’ROLL NIGHTMARE in 1987. He also worked as a producer on RAPID FIRE, TOMBSTONE and 2003’s DARKNESS FALLS. He was nominated for a Writer’s Guild award for his teleplay for 1996’s THE HUNCHBACK. He is survived by his wife Edie, his son J.C., his daughter Lucia, and a neigh-endless number of friends and fans.

Fasano was always a huge fan of the film genres that we worked in, and was a pillar of friendliness in the fan community, embracing his psychotronic film heritage with a love readily apparent from this interview shot at San Francisco’s Wondercon in 2012:

Condolences have been pouring in on his Facebook page here. He will be deeply missed by the film community, and everyone who knew him or was touched by his work.

An interview with Fasano on ZOMBIE NIGHTMARE, a film in which he served as Assistant Director.

An audio interview with Fasano on his career and storytelling techniques.