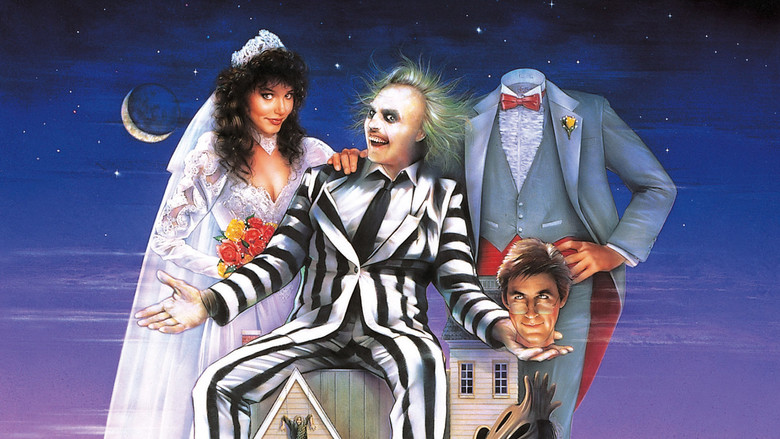 We reported on this a few months ago when Seth Grahame-Smith and David Katzenberg first had the idea. Now, we have word from Burton himself the ghost with the most may be back to torment the living.

Here’s Tiny Tim spilling some confirmations on his interest in BETTLEJUICE 2:

“Yes,” Burton boldly stated when asked if he’d consider doing another Beetlejuice. “I love that character, and Michael [Keaton] is so great in it. I always think about how great and fun that character was, so I just said to [“Vampire Hunter” writer] Seth [Grahame-Smith], “If you have some idea about it, go for it, and then I’ll look at it freshly.” In the past, I tried some things, but that was way back when. He seemed really excited about it.” In speaking of running his ideas by Burton, he explained, “No. I told him to try some stuff, but he hasn’t come back to me yet. Michael was so great in it. I’m sure he’d strangely tap right back into it.”