One of the most anticipated films of the year is JOHN DIES AT THE END. Why? Four words: PHANTASM and BUBBA HO-TEP, BASTARDS! Okay, more than four words but you get my flow. Don Coscarelli knows how to make a good goddamn film. What we have down below is the one-sheet for the films premier at Sundance, dig the little weapon called “the bible belter”. AICN scored the exclusive. 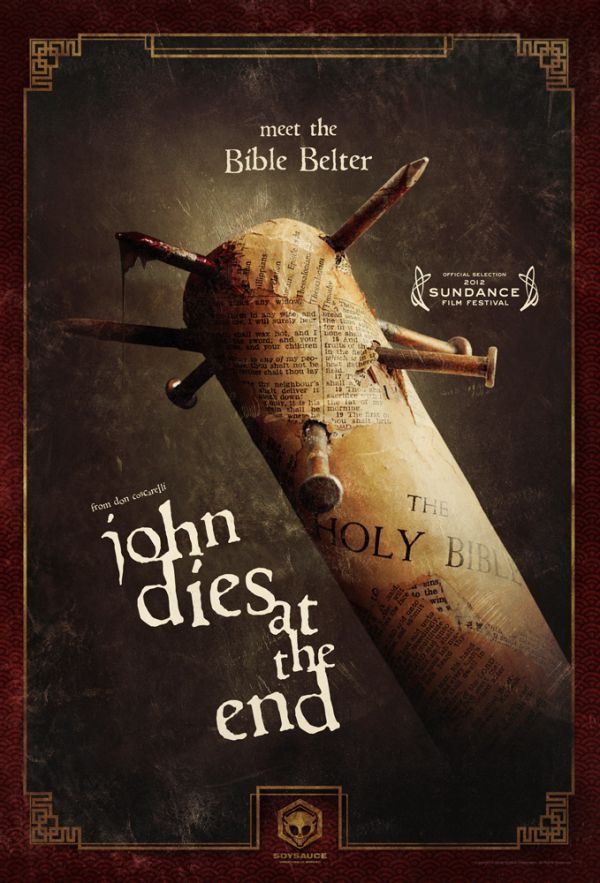 SYNOPSIS: It’s a drug that promises an out-of-body experience with each hit. On the street they call it Soy Sauce, and users drift across time and dimensions. But some who come back are no longer human. Suddenly a silent otherworldly invasion is underway, and mankind needs a hero. What it gets instead is John and David, a pair of college dropouts who can barely hold down jobs. Can these two stop the oncoming horror in time to save humanity? No. No, they can’t