The Twisted Twins came onto the scene with guns blazing and bodies flying, DEAD HOOKER IN A TRUNK was my favorite film of last year. With a punk-rock vibe and grindhouse cool, it honored its roots and told an inventive, bloody story that had cool to spare. They set the bar high with that film so the follow-up has to be a killer. It looks like they are clearing the jump by a considerable margin with Cronenberg-esque trip down body modification lane. Bastards, feast your eyes on the new trailer for AMERICAN MARY, a film by Jen and Sylvia Soska. Dig this good shit!

The story follows medical student, Mary Mason, as she becomes increasingly broke and disenchanted with the surgical world she once admired. The allure of easy money sends Mary into the world of underground surgeries which ends up leaving more marks on her than her so called ‘freakish’ clientele. 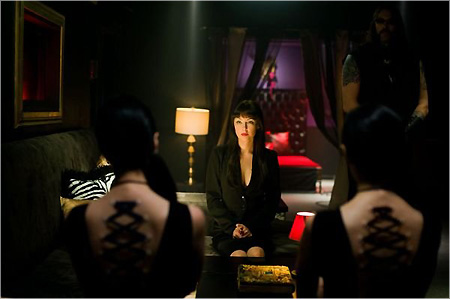