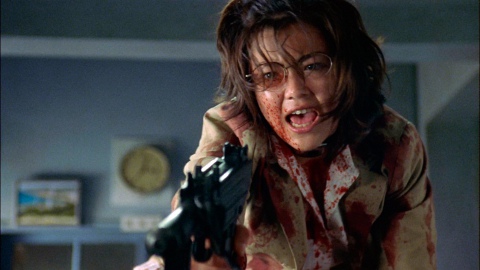 Violent as hell and tough as nails; BATTLE ROYALE started kicking my ass the second those kids started getting their instructions. B.R. gained cult status quickly but never saw an official release here in the states outside of bootlegs and imports. Anchor Bay is going to be changing that in March when they drop BATTLE ROYALE on Blu and make a heavy play for one of the best releases of the year.

One Of The Most Controversial Film Series Of All Time…

Now Available For The First Time In America… 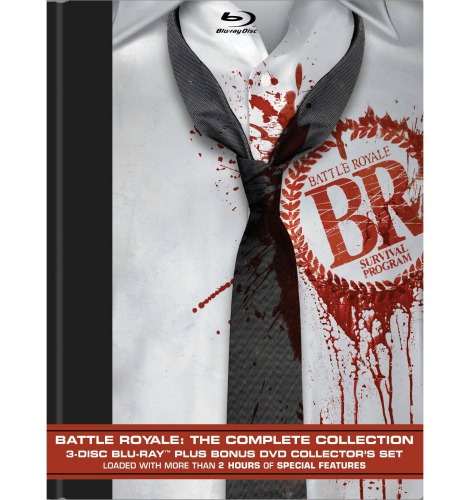 In 2000, director Kinji Fukasaku unleashed BATTLE ROYALE, his violently poetic epic about an innocent group of Junior High students forced by the government to hunt and kill their classmates for sport. It was nominated for 10 Japanese Academy Awards, launched a global phenomenon, and banned from screens by frightened civic groups and distributors across America. Three years later, the equally disturbing sequel – featuring a new class, new rules, and a brutal terrorist plot by the first film’s young survivors – triggered its own tragic firestorm around the world.

Now for the first time ever, you can see it all: Experience the entire BATTLE ROYALE saga on 4 discs – including more than 3 hours of definitive Special Features – that forever blasts open one of the most potent, shocking and savagely influential sagas in motion picture history. 4 Discs – More Than 3 Hours Of Special Features