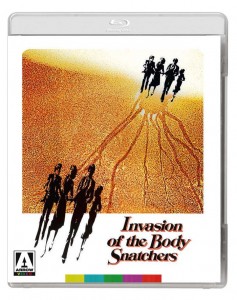 Sequels and remakes are rarely held in any sort of positive light, mostly eliciting groans upon first mention of their production. Occasionally a filmmaker will make choices that produce a brand-new film experience that is well outside mimicry or casual copying, as in William Friedkin’s SORCERER, Francis Ford Coppola’s THE GODFATHER PART II, and Philip Kaufman’s truly masterful INVASION OF THE BODY SNATCHERS. In a film where the casual copying and replacement of people is the main force of the story, Kaufman and screenwriter W.D. Richter do anything but, creating completely new characters, a new setting, and a new telling. The 1978 version of Jack Finney’s source material is a masterpiece of newness and working well outside any current filmmaking trends of the time of its creation.

The storyline is so pervasive that any iteration of the tale should be able to reflect its time. Later versions, Ferrara’s BODY SNATCHERS and the tepid THE INVASION, either macroscoped the universe (Ferrara’s film takes place on a military base), or just served as vehicles for its stars. Today, Kaufman’s film is a horrid societal mirror almost 40 years later, with blonde Barbie dolls replacing the inner city personalities that many a Woody Allen film have taken as source material, not to mention the plethora of frozen-yogurt joints that have taken over individual shoe shops, record stores, and bookstores. As the digital swarm continues to envelop anything remotely unique, the body snatchers continue to claim their victims. 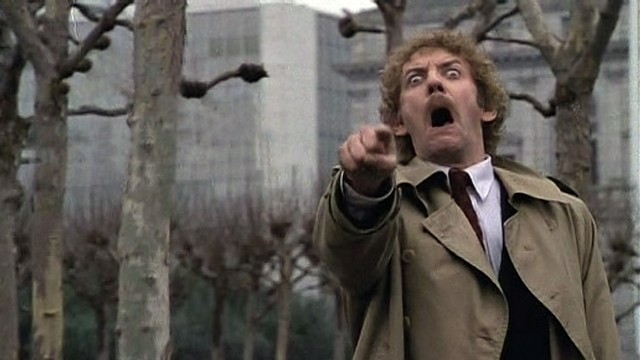 The film begins with a mysterious interplanetary-traveling clutch of bubble-type creatures hurling themselves off a reddish planetscape, eventually  landing in the rain on plant leaves in San Francisco, the flowers sprouting as soon as the title credits end. There’s no abstruseness inherent in this story: these flowers are dangerous. Opening with the playful relationship between Elizabeth Driscoll (Brooke Adams) and her husband Geoffrey (the consistent Art Hindle delivering yet another brooding performance), we then move to her other friendly relationship with health inspector colleague Matthew Bennell (Donald Sutherland). Both are intelligent researchers, and their erudite friends include Jack Bellicec (Jeff Goldblum), his histrionic wife Nancy (Veronica Cartwright), and Dr. David Kibner (Leonard Nimoy). They all participate in what makes San Francisco San Francisco: Nancy works at the mud bath she owns with writer Jack, and psychiatrist and self-help guru Dr. Kibner’s got a new book out, complete with a release party with a relationship in trouble: a woman thinks her husband is not her husband. Just like Chinese man’s wife at the cleaners. Like Elizabeth’s Geoffrey… 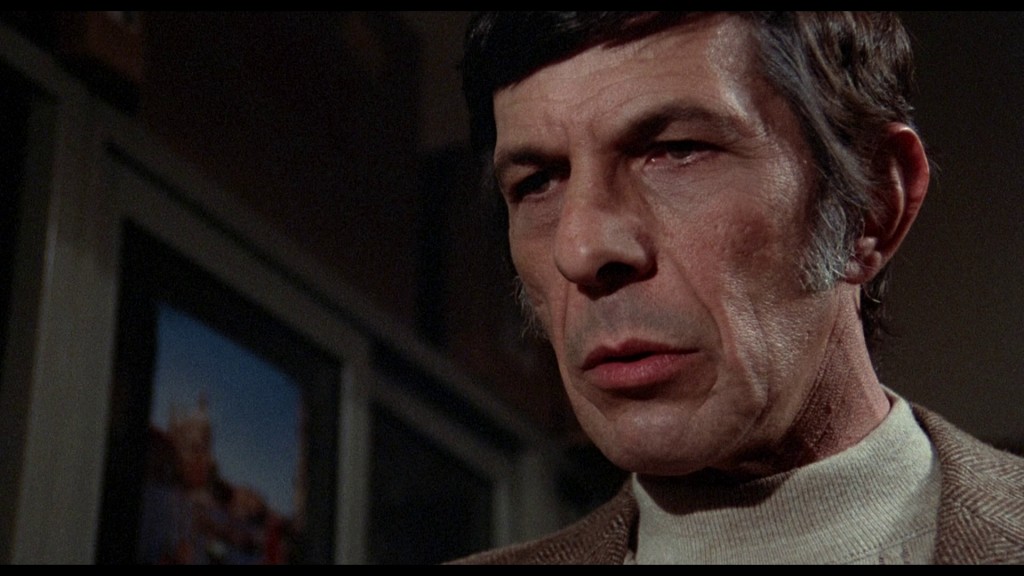 Director Philip Kaufman applies his gifts liberally in every area of the film, most notably in lighting choices for the film. One of the darker films made during a decade that displayed the talents of the princes of darkness Gordon Willis and Bruce Surtees, the equally gifted Michael Chapman explored Kaufman’s wishes with a lighting scheme that keeps the mystery in the dark, where it bristles and blooms. Budgetary concerns often equal memorable camerawork as the cinematographer’s brain fires up while the wallet deflates. Iconic images including the team running in backlit silhouette remain strong decades after the film’s introduction to the masses.

To list all the pluses of this dark, brooding masterpiece would add quite a few paragraphs, though the lack of any CGI cements a plausibility that would be lost in the cartoon world of the modern dial-up special effect. Tenebrous fibers trail along replacement bodies, attaching to plants, and wending around sleeping wrists. Working with a fantastic sound effects team, the dread is woven into the film, oddly electronicized heartbeats discombobulating the viewer’s sense of direction, and the screaming of the pod people… oh, how the pod people scream! Wrap all of this delectable diversion up in Danny Zeitlin’s sole film score, a complete anomaly of separateness in the world of film soundtracks, and you’ve got a memorable, riveting conglomeration of talents wreaking some of the best havoc possible in a motion picture. 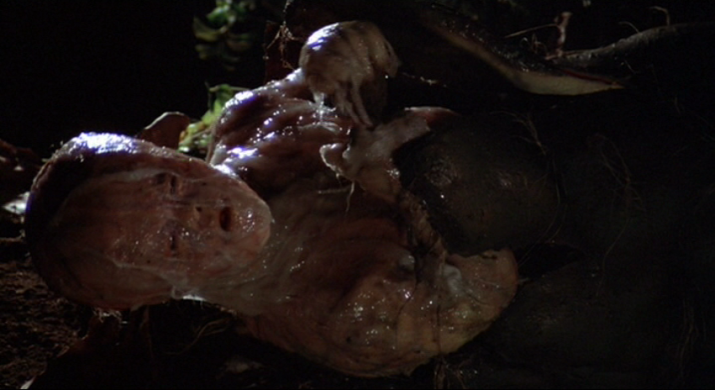 Arrow have done everyone an enormous favor by packing the DVD/Blu-ray set with a plethora of fascinating extra material. The deep and informative commentary by Philip Kaufman has been ported over from the MGM R1 DVD release. The original trailer is included, along with several interviews and overviews with cast and crew members. Dissecting the Pod is an 18-minute monologue by Kaufman biographer Annette Insdorf discussing the director’s work. Writing the Pod –the author of Stealing Through Time: On the Writings of Jack Finney, Jack Seabrook, offers 12 minutes on the life and work of the author of the original three-part story that ran in Collier’s magazine. Re-visitors From Outer Space is the thickest of the bunch, a 17-minute piece including interviews with director Philip Kaufman, screenwriter W.D. Richter, and actors Donald Sutherland and Veronica Cartwright, among other talents.

The 13-minute The Man Behind the Scream forefronts the special sound effects of Ben Burtt, who gave the film its singular sound design. In the 6-minute The Invasion Will Be Televised, director of photography Michael Chapman discusses the visual style of the film, noting its noir look and feel, along with writer Christopher Vogler, Philip Kaufman, and W.D. Richter. Philip Kaufman and special effects creator Howard Preston discuss the special effects used in the film in the five-minute Practical Magic: The Special Effect Pod. A 52-page booklet includes a piece by critic David Cairns, as well as reprints of classic articles and interviews with Philip Kaufman and W.D. Richter, illustrated with original archive stills and posters.

One of the more important pieces of American cinema, and a definite high mark in the horror and science-fiction genres, Arrow’s release of Philip Kaufman’s INVASION OF THE BODY SNATCHERS, available in both standard case and steelcase, is a must-have for any serious collector of the canon.

Shade Rupe is the author of Dark Stars Rising and the producer and co-director of the recording of Teller’s (of Penn & Teller) live spookshow Play Dead. His cover story interview with William Friedkin for Fangoria #329 received an Honorable Mention in the 2014 Rondo Awards.  He can be seen on the small screen as an activist in HBO’s THE NORMAL HEART.