Maya Angelou left behind an astonishing legacy when she passed away yesterday at the age of 86, and most of her many accomplishments have been justly chronicled in pieces all over the net. Her six-volume memoir of the Jim Crow era south beginning with her most famous work, “I Know Why the Caged Bird Sings.” Her mastery of languages and work in Ghana. Her service for Dr. Martin Luther King Jr. and Malcolm X. Her Grammy Award-winning spoken word albums. Her poem “On the Pulse of Morning,” delivered on the inauguration of President Bill Clinton. She truly was, as her poem of the same name described, a phenomenal woman.

Mentioned only in passing in most obituaries, however, is Angelou’s early career as a calypso singer and dancer – the career for which she chose her name, altering it slightly from her married name of “Angelos.” Christened “Miss Calypso,” Angelou was a star of the calypso boom of the late ‘50s, even appearing as herself in 1957’s Sam Katzman-produced music pic CALYPSO HEAT WAVE.

CALYPSO HEAT WAVE isn’t as much of an enigma as it may first appear – as mentioned, the Afro-Caribbean musical style became quite popular for a brief time in the United States after the release of Harry Belafonte’s 1956 album “Calypso,” spurring a splash of similar albums, including one by Robert Mitchum that is much better than you’d think a phrase like “Robert Mitchum’s calypso album” would lead to

One of the more popular film genres at the time was the rock’n’roll musical, in which a fairly basic plot was structured around performances by a number of different bands in order to showcase new talent – a genre that began with 1956’s ROCK AROUND THE CLOCK and vanished entirely by the late ‘60s. (While rock performance films were, and are, still being made, there was no effort to shoehorn a plot into things or have actors fill in the gaps.) The brief calypso boom of 1957 produced no less than four different calypso-focused films, mostly intermingling pop or folk music in order to get a larger audience – BOP GIRL GOES CALYPSO, CALYPSO JOE, the calypso-themed ISLAND WOMEN and CALYPSO HEAT WAVE, a film that not only includes the talents of Angelou, but a singing Alan Arkin and a young Joel Grey as well! 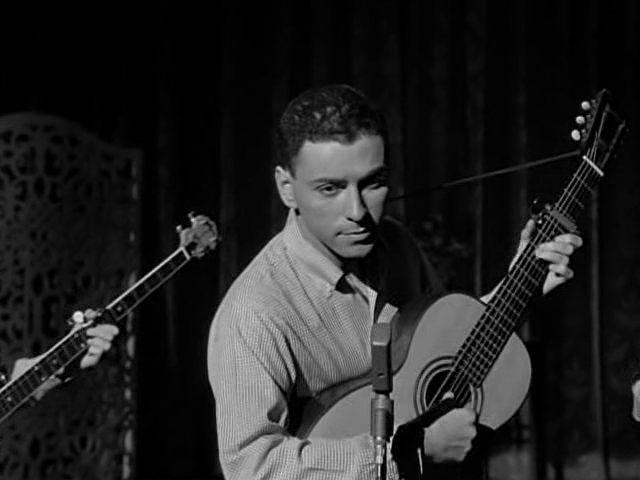 Directed by EARTH VS. THE FLYING SAUCERS’ Fred F. Sears, who knew the format from helming the similar DON’T KNOCK THE ROCK and CHA-CHA-CHA BOOM! around the same time, the plot for HEAT WAVE is slightly heftier than many of the films in the genre, if just. Jukebox kingpin Barney Pearl (THE BIG HEAT’s Michael Granger) is convinced calypso will be the next big thing, and forcibly teams with Disco Records owner Mack Adams (Paul Langton), but when their star performer, Johnny Conroy (big band crooner Johnny Desmond) takes off, things go bad. Will Conroy assemble new talent from his trip to the West Indies? Will Barney’s girlfriend Mona (SATAN IN HIGH HEELS star Meg Myles) achieve her dreams of becoming a singing sensation?

The answer, of course, is yes, but nobody’s watching these films for the plots – what matters is the music. Among the best moments in the film are the songs by the Alan Arkin-fronted band The Tarriers (who sings the Banana Boat Song) and the six-man R&B band The Treniers (who do a song called “Rock Joe,” which sounds an awful lot like Johnnie Lee Willis’s “Rag Mop”), though we do get some poorly-advised moments, like this bunch of guys singing “Swing Low, Sweet Chariot:” 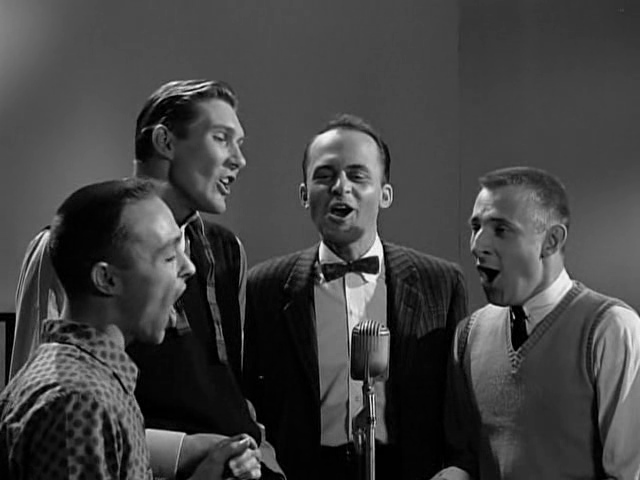 But the best performance? No question – “Miss Calypso,” Maya Angelou, steals the show with two numbers, first in the West Indies-set “All That Happens in the Market Place,” which she wrote, and second on the stage in the finale as she belts out the moody “Run, Joe” from her album at the time. She’s a great presence with an amazing voice, one that would be utilized to even better effect in the years to come. 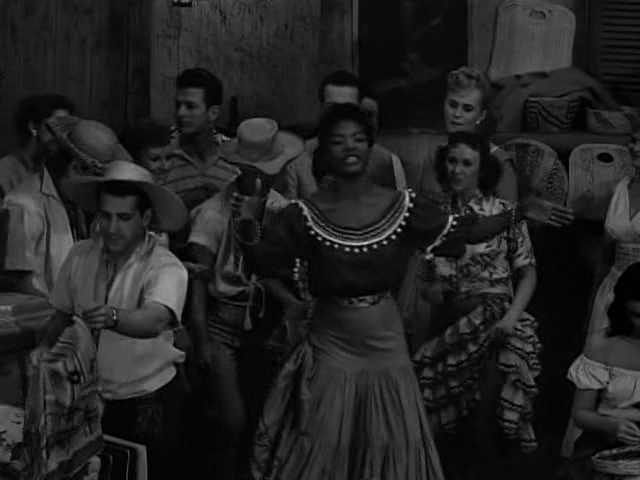 While CALYPSO HEAT WAVE has never found its way to video, surviving only in periodical television airings, you can watch a clip of Angelou talking with Oprah Winfrey about the film and her music career (with a brief segment of the film itself) here: