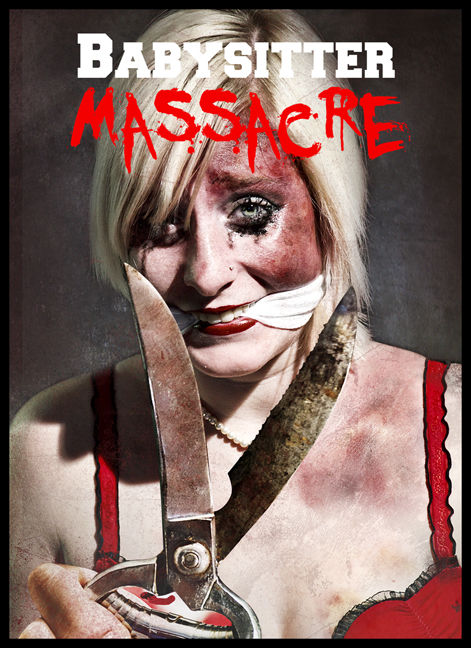 Years ago, on Halloween night, a group of childhood friends watched in horror as a member of their Babysitter Club was abducted by a masked stranger. Now, haunted by their tragic past, the young women plan a bittersweet reunion before heading off to college. But on that night, a sinister guest brings chaos and fear as one-by-one the women are stalked, mutilated and murdered…is the killer a specter from the past, or is there a new Babysitter Club Killer?

Shot in Dayton, Ohio, the film attracted a robust cast of experienced independent actors and fresh faces, and is director Couto’s most ambitious to date. Getting the right balance between gore and complexity of character was a real challenge for the director, who commented,

“I grew up loving the slasher films of the ‘80s for all the obvious reasons, but also because they were real stories that made you care about the people whose lives were at stake. With Babysitter Massacre, I didn’t want to simply reference its influences; I wanted it to sit on a shelf next to them by telling a very serious story about friendships, loss and leaving childhood behind.”