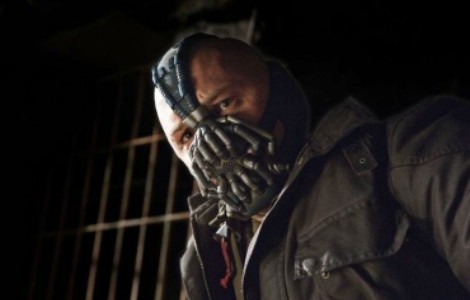 Apparently your legs were a few more scenes closer to pulling a Murtaugh and becoming numb. THE DARK KNIGHT RISES costume designer Lindy Hemming has been talking to GQ about some scenes that wound up being cut from the final 164 minute behemoth; one of which included Bane’s backstory and details surrounding how he came to require that mask.

“The thing that you should have seen during that sequence is [Bane] being injured in his youth,” says Hemming. “So one of the fundamental things about his costume is that he has this scar from the back injury. Even if he hasn’t got the bulletproof vest on, he still has to wear the waist belt and the braces. In that [deleted] scene in the prison, where he’s learning to fight the same way Batman learned to fight, he’s wearing an early version of his waist belt. There’s a whole early section for Tom Hardy where he’s fighting and being taunted by people. He’s got chains on him, and he’s standing on a wooden thing while people are attacking him. And in that scene, he’s wearing a much more ragged, primitive version of the mask.” 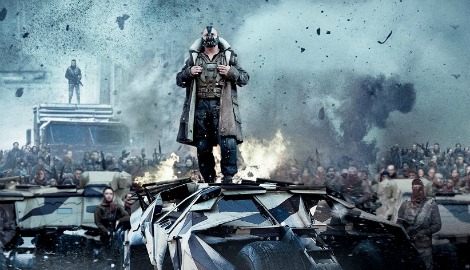 Would this have worked in the final film? Not sure. It already feels pretty slow to me and the inclusion of more Bane wold have further dwarfed the role of Batman in the film which is already lacking. I have only seen TDKR once, but it is only getting worse with time the more I think about it. Anxious to see if this missing scene (and some of the others we’ve heard about) ends up on the Blu-ray this Fall.