Home  ⁄  The Wire  ⁄  SYNAPSE GIVES BIRTH TO BASKET CASE 3: THE PROGENY ON DVD IN OCTOBER

I am a Henenlotter fan, I dig just about everything the guy touches. It’s a shame that he’s really only done 6 or 7 films. He just has a humor about his work that most directors don’t have. Case in point: BASKET CASE 3: THE PROGENY which out-gores the other films in the series by a considerable margin but ultimately it feels a little too polished, the effects don’t have the same impact that they do in the other two films. A small gripe though. The very fact that this is getting a release through Synapse is cool as hell and one of the many reasons we dig that label as much as we do. Long live Belial. Here is more on the October 9th release…

THE THIRD FILM IN 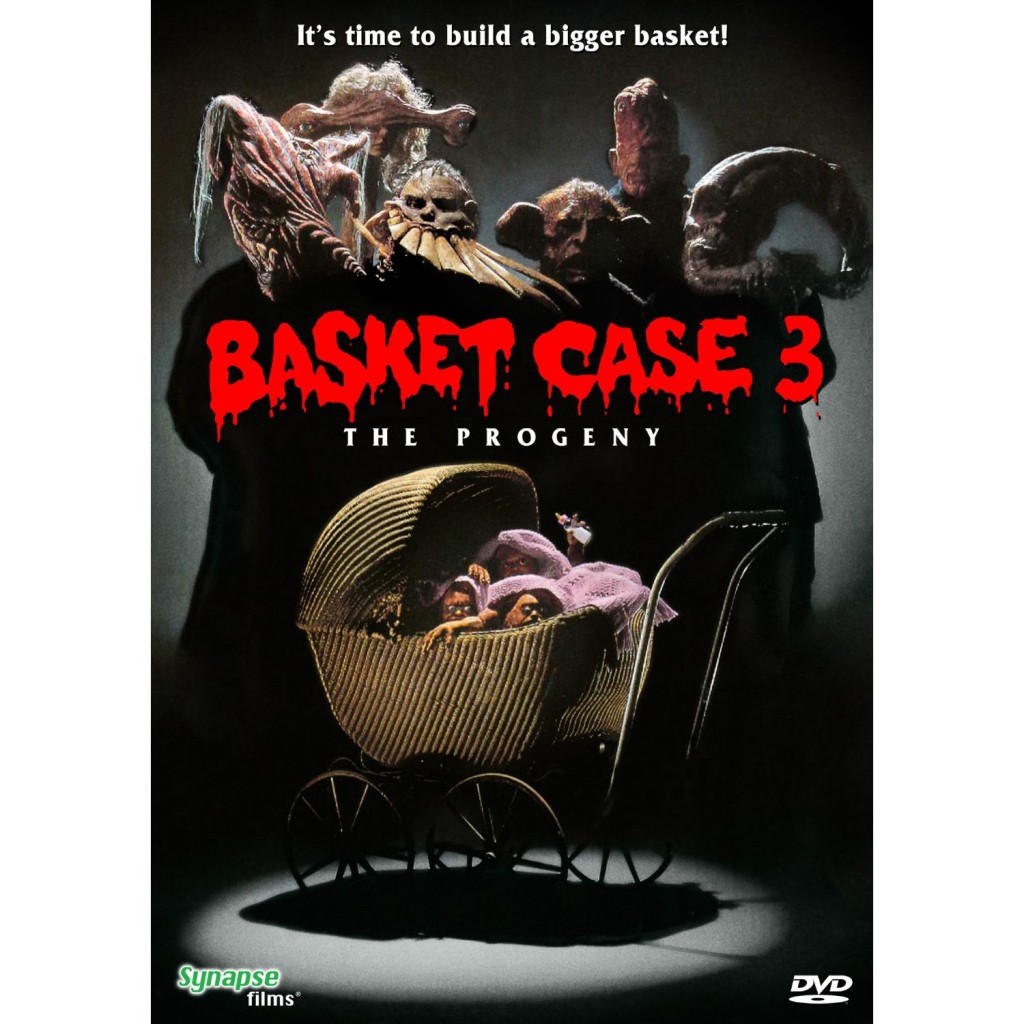 Belial, everyone’s favorite beast-in-a-basket, is back in BASKET CASE 3: THE PROGENY, the sensational third film in Frank Henenlotter’s wildly macabre horror series. After being separated again from his conjoined twin brother Duane (Kevin Van Hentenryck), Belial finds out he’s going to be a deformed daddy! Mrs. Belial (“Eve,” played by Denise Coop) delivers a litter of bouncing baby monsters, but the blessed event turns into a nightmarish ordeal when the police kidnap the little critters. They should know it’s not safe to anger Belial! Attacking the cops in a climactic, gory rampage, everyone’s favorite mutant mauler stops at nothing to get his newborns back!