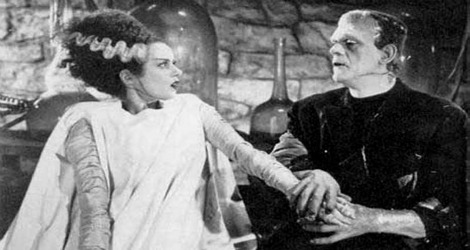 Honestly, I’ve never had a desire to hit a Fathom Event. It seems like the only ones that make their way to my corner of the world are the odd concert films, rarely do we get anything cool from them. Looks like a rarity just landed in my inbox, because I can’t wait to hit this good shit! 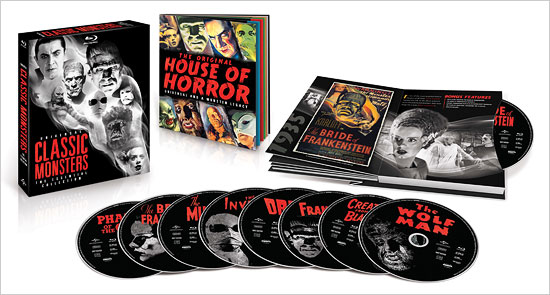 NCM Fathom Events and Turner Classic Movies event series featuring four newly restored titles commemorating Universal Pictures’ 100th anniversary begins with Alfred Hitchcock’s The Birds on Wednesday, September 19. The series continues with a double feature on Wednesday, October 24, with Frankenstein and The Bride of Frankenstein followed by a special 50th Anniversary edition of To Kill a Mockingbird on Thursday, November 15. Each event will begin at 7:00 p.m. local time, with special matinees in select theaters at 2:00 p.m. The series will feature newly restored versions of the films created by Universal in celebration of its 100th Anniversary and will also include a specially-produced TCM introduction by film historian, author and TCM host Robert Osborne, who will take audiences behind the scenes for each of these American classics with unique insights into their making.

The “TCM Event Series” will be presented using new digital cinema projection systems in select movie theaters around the country. Tickets to the series are available at presenting theater box offices and online at Fathom Events. For a complete list of presenting theater locations and prices, please visit the web site (theaters and participants may be subject to change).

The Birds event on September 19 will bring back Alfred Hitchcock’s chilling 1963 masterpiece, telling the tale of modern rich socialite Melanie Daniels and the strange behavior of birds north of San Francisco. As birds in the hundreds and thousands are attacking anyone they find outdoors, there is no explanation, and survival becomes the priority. Osborne will share an exclusive interview he conducted specifically for this special presentation with the film’s star Tippi Hedren filmed earlier this year at the TCM Classic Film Festival in Hollywood. Hedren reveals how “Hitch” hand-picked her to play the part of Melanie Daniels and also how the movie that launched her career also practically ended it. Osborne will reach deep into the TCM Archives to share more on-set stories from Hedren’s co-stars Rod Taylor and Suzanne Pleshette.

Just in time for Halloween, the double feature of Frankenstein and The Bride of Frankenstein on October 24 will reintroduce audiences to the famous story of brilliant scientist Henry Frankenstein and his experiments on the re-animation of lifeless bodies. His fiancée, Elizabeth, and friend Victor Moritz are worried about his health as he spends far too many hours in his laboratory on experiments. The creature he’s brought to life escapes, and soon the villagers rise up, intent on destroying the murdering creature. The sequel finds Dr. Frankenstein and his monster both alive; but a mad scientist, Dr. Pretorius, kidnaps Dr. Frankenstein’s wife and forces him to create a new female companion for the original monster. The original 1931 film and its 1935 sequel—both starring Boris Karloff—will be introduced with exclusive interviews conducted at this year’s TCM Classic Film Festival, including conversations with Karloff’s daughter, Sara Karloff, Bela Lugosi, Jr. (son of the classic “Dracula” star), and Academy Award-winning make-up artist Rick Baker. All three will discuss classic horror movies, how legendary icons like Karloff and Lugosi helped define the genre, and how today’s horror films measure up to the classics.

The series continues on November 15 with a special 50th Anniversary screening of To Kill A Mockingbird, based on Harper Lee’s 1961 Pulitzer Prize winning book. Oscar winner Gregory Peck plays Atticus Finch, a lawyer in a racially divided Alabama town in the 1930s. The event will feature a special TCM-produced introduction and historical commentary featuring Osborne.

“This Event Series is a rare opportunity for fans of these four legendary films,” said Shelly Maxwell, executive vice president of Fathom Events. “Not only will fans experience these Hollywood classics on the big screen once again, but TCM Host Robert Osborne will give fans an exclusive insight into the stories behind the making of each classic.”

As part of Universal’s 100th Anniversary this year, a commemorative 50th Anniversary release of To Kill a Mockingbird is currently available on Blu-ray/DVD. Coming to Blu-ray for the first time, The Birds will be released as part of the “Alfred Hitchcock: The Masterpiece Collection” on September 25. Also premiering on Blu-ray, Frankenstein and Bride of Frankenstein will be included in the “Universal Classic Monsters: The Essential Collection” available October 2.”