We just got word about a cool release coming up from the Film Chest crew. THE RED HOUSE is making its way to Blu-ray. If you haven’t seen this, it’s an incredibly unique horror/noir hybrid that features a really seductive performance by Julie London. Dig this!

Of the Man and Girl in the Red House, People Speak Only in Whispers … 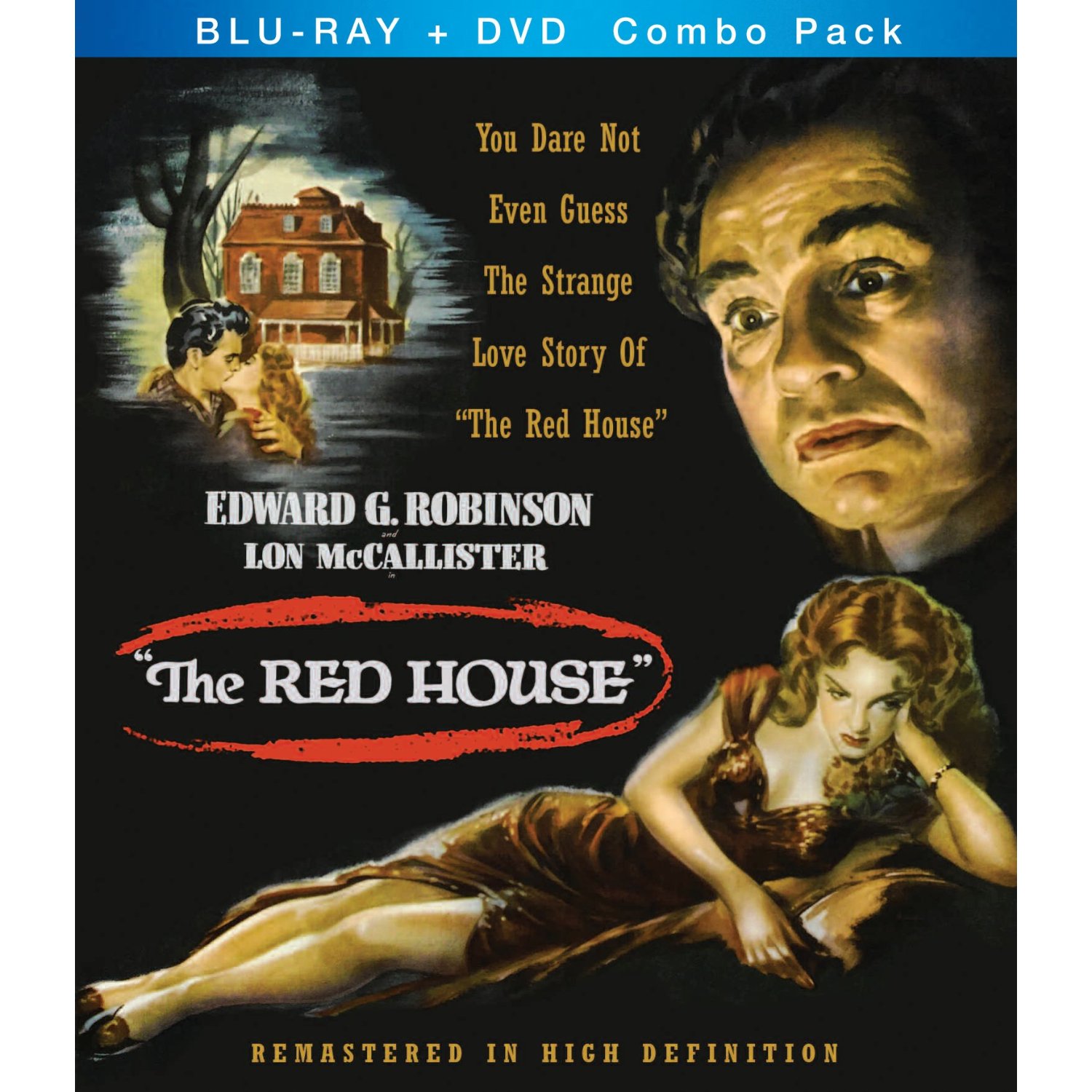 NEW YORK CITY — April 1, 2012 — For Immediate Release — Two friends explore an abandoned nexus of mystery and secrets in The Red House – restored and in HD for the first time ever – available in a special DVD/Blu-ray combo pack April 24 from Film Chest on the HD Cinema Classics label.

Based on the popular 1943 novel once serialized in the Saturday Evening Post, The Red House stars Edward G. Robinson (Double Indemnity, The Stranger), Lon McCallister (The Big Cat, Winged Victory), Judith Anderson (Rebecca, Cat on a Hot Tin Roof) Rory Calhoun (The Texan, How to Marry a Millionaire), Allene Roberts (Knock on Any Door, The Hoodlum) and Julie London (Man of the West, TV’s Emergency!).

Disabled farmer Pete (Robinson) and his sister Ellen (Anderson) have raised young Meg (Roberts) from infancy on their reclusive homestead. Now a teen, Meg persuades her friend Nath (McCallister) to come by each day to help with her chores.

When Nath insists on using a backwoods shortcut home one day, Pete cautions him against doing so, speaking of ominous screams in the night and terrors that lie within a mysterious, abandoned red house on the outskirts of his property. Curious, Nath and Meg – who has growing feelings for Nath much to the chagrin of his girlfriend, Tibby (London) – ignore Pete’s warning and explore.

The Red House is presented in full screen with an aspect ratio of 4×3 and standard Dolby audio. Includes commentary track by author William Hare (Early Film Noir: Greed, Lust and Murder Hollywood Style, L.A. Noir: Nine Dark Visions of the City of Angels and Hitchcock and the Methods of Suspense) and Spanish subtitles.