This year’s Bruce Campbell Film Festival kicked off yesterday with two terrific screenings. First up was Fede Alvarez’s DON’T BREATHE, his unrelenting follow up to THE EVIL DEAD. After that Fred Dekker introduced his 1986 cult-classic NIGHT OF THE CREEPS and participated in a Q&A after the film. 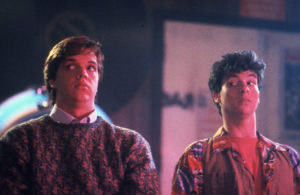 For the uninitiated, CREEPS is, as Dekker himself describes it, “a weird fucking movie.” A pastiche of late-night creature features, alien invasion flicks, and a ‘80s college comedy, NIGHT OF THE CREEPS is a favorite of genre fans due to is countless showings on cable TV throughout the ’80s. Dekker’s light touch is undeniable and the director would double down on a breezy, more teenage friendly brand of horror with 1987’s ode to the Universal Monsters, THE MONSTER SQUAD. NIGHT OF THE CREEPS was an instant cult-classic upon its release, for the most part going direct to video where it wound up being discovered by the more discerning horror fans. 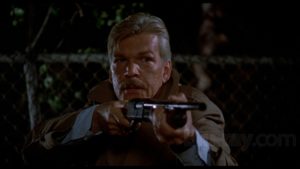 Dekker took questions from the crowd, discussing the film’s tone, his preferred ending, and the casting of Tom “Thrill Me” Atkins.