A quiet stuntman by day, a criminal wheelman by night. A high-stakes heist fueled by supercharged characters and cars reminiscent of BULLITT. Then toss in more revved-up engines, motor grease and wild terrain of the streets, and you’ve essentially got the recipe for the 2011 film DRIVE, starring Ryan Gosling. Gosling portrays Driver; a man with no real name and a cool and all-but-emotionless hand, navigating the city’s neon elegance and the corruption teeming just one block and one bad decision away The film also features a menacing  Albert Brooks playing against type. To celebrate the film’s 5th anniversary, the ever-rich soundtrack from Nicolas Winding Refn’s DRIVE will be receiving a limited vinyl reissue. 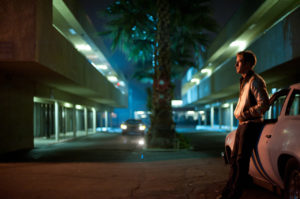 However, DRIVE, is more than just its visuals. Refn’s direction led to a final product that spans genres from action to high-octane suspense to noir, a product that managed to hit the right pedal in just the right way, flooring mainstream and arthouse audiences alike.

Accompanying the new limited edition vinyl will be new film artwork and liner notes from Cliff Martinez. According to CONSEQUENCE OF SOUND, although how many copies will be released has yet to be determined, they will be available for purchase sometime between September 30th and December 31st of this year. 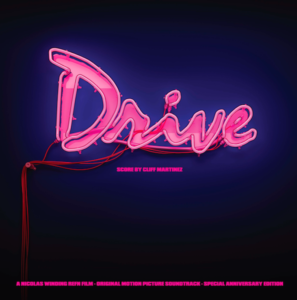 Below is the DRIVE tracklist, featuring such romantic hits as “They Broke His Pelvis” and “Skull Crushing.”

Until then, it’s five years later and the movie is still worth the rewatch. (Or a first watch, if you happened to have missed it as it sped by.)