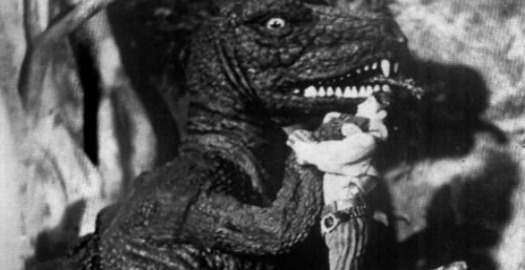 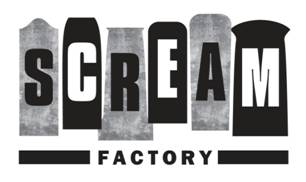 This January 2014, loyal fans are invited to combat the winter chills with a double dose of 50s high-camp creature features when Edward Nassour and Ismael Rodriguez’s THE BEAST OF HOLLOW MOUNTAIN, starring Guy Madison (Blood of the Executioner) and Patricia Medina (Snow White and the Three Stooges), and E.A Dupont’s THE NEANDERTHAL MAN, starring Robert Shayne (How To Make A Monster), Richard Crane (Devil’s Partner), Doris Merrick (Untamed Women), Joyce Terry (The Beatniks) and Beverly Garland (It Conquered The World, The Alligator People), arrive on home entertainment shelves together in a double-feature 2-Disc BLU-RAY™+ DVD Combo Pack on January 28, 2014. This highly collectible home entertainment release features anamorphic widescreen movie presentation of THE BEAST OF HOLLOW MOUNTAIN, which has never been available on DVD. Available for the first time on Blu-ray™, THE BEAST OF HOLLOW MOUNTAIN/ THE NEANDERTHAL MAN 2-Disc Blu-ray™+DVD combo pack is priced to own at $26.99 SRP. 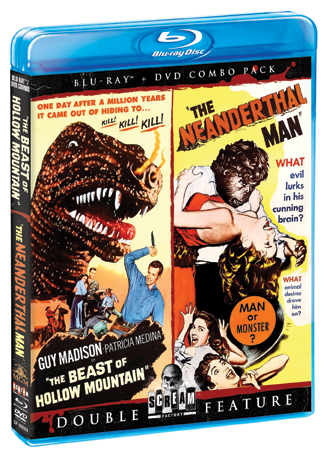 Synopsis
THE BEAST OF HOLLOW MOUNTAIN
Based on an idea by the legendary special effects wizard Willis O’Brien (King Kong, Son Of Kong, The Lost World), The Beast Of Hollow Mountain is a classic creature feature. An American rancher living in Mexico is staying near Hollow Mountain, an impenetrable swamp where, stories have it, dwells a living prehistoric Tyrannosaurus Rex!

THE NEANDERTHAL MAN
A mad scientist uses his new serum on his housekeeper, turning her into an ape-woman. Like most crazed scientists, he then tries the serum on himself, creating…The Neanderthal Man! Robert Shayne, Richard Crane, Doris Merrick, Joyce Terry and Beverly Garland star in this harrowing creature feature.