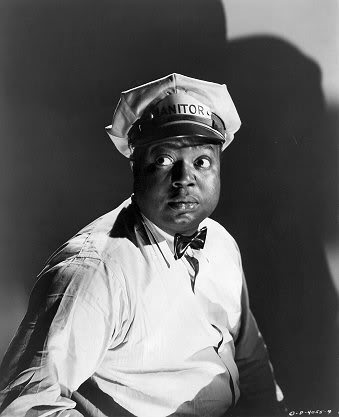 A PLUMBING WE WILL GO has been a long-standing favorite among Three Stooges fans. Released during the golden era of Curly shorts of the late 1930s and early 1940s, this hilarious symphony of destruction is your typical Stooge effort, mashing the blue collar boys with high society snobs, resulting in the usual cataclysmic happenings when such pairings occur. As spot on as the comedy team are in the short, it is the work of one of their regular supporting players, the wonderful Dudley Dickerson, that lifts the film into the hilarity stratosphere. His scenes as a flustered chef who falls victims to the Stooge’s “plumbing” skills are some of the most rib-tickling moments to come out of a Stooge short. The guy could hold his own against Curly Howard, a rare feat in the world of Stoogedom. 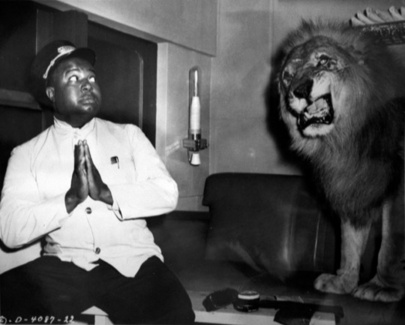 Dickerson, a hardworking comedic actor who sadly fell into the stereotypical roles offered to black actors of the time, always managed to rise above the material he was given with a graceful, comedic flair. His bug-eyed, hilarious scare takes could contend with the similar stylings of Lou Costello and were put to good use in the handful of Stooge shorts he made with the team during the 1940s. In A GEM OF A JAM (1943), he gets multiple opportunities to act terrified as a night watchman who runs into a plaster-covered, ghostly-looking Curly. In the Shemp-Howard-era short, HOLD THAT LION (1947), Dickerson literally gets his pants ripped off his ass when a ferocious lion takes some swipes at him as he goes about his duties as a train conductor. But it is his role in A PLUMBING WE WILL GO that most Stooges fans remember him for. Squaring off with a kitchen that is slowly filling with water due to the Stooges’ blunderings, Dudley’s double-takes and pratfalls during the sequence are sidesplittingly hilarious. Combined with the antics of Moe, Larry, and Curly, his work helped in contributing to the creation of a bonafide comedy classic; a film Curly Howard himself considered his favorite Stooge short.

Living only to the age of 61, Dudley Dickerson was thankfully alive when The Three Stooges were blessed with a second shelf life as entertainers after their shorts were released to television in the late 1950s. A new audience of fans were exposed to the hard-hitting antics of the boys and it makes me happy to think that Mr. Dickerson’s comedic chops were appreciated as well. And even better, it’s great to think he was alive to suck up some of that much deserved glory. 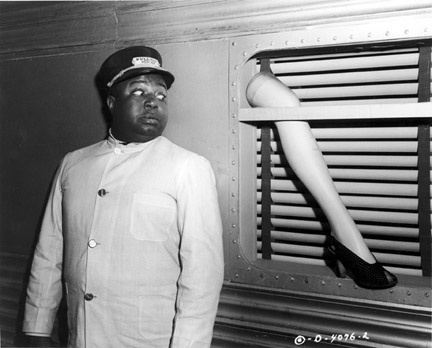 So do yourself a favor and block out some time in your near future to enjoy the antics of one Dudley Dickerson. To make it easy, we’ve included A PLUMBING WE WILL GO as a comedic present to you during Black History Month. Enjoy!

Mac Bell has been a fan of monster movies and slapstick comedies since he saw his first Godzilla movie at the age of four. As one of the original founders of Daily Grindhouse, Mac takes great pride in educating the masses on the complexities of a good B-movie.