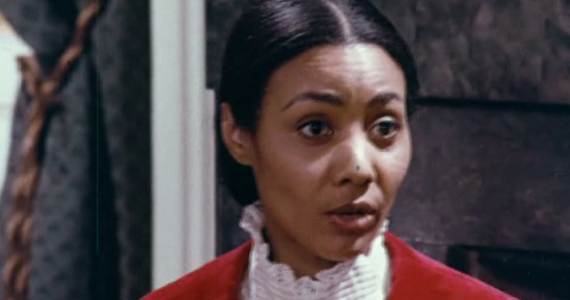 The existence of BLACK THE RIPPER has long been a huge question mark to cult film fans. Rumored to exist based on notations in Variety magazine between 1974 and 1976, the film was the brainchild of Frank Saletri, an attorney-turned-filmmaker who had co-written 1972’s notoriously atrocious BLACKENSTEIN.

A production note in the May 8, 1974 issue of Variety states that the film had been filming for two months already, and the February 25th, 1976 ad listed it as a Memorial Day release for Dimension Pictures that year. However, the promised release never occurred and no theatrical information about the film was created. Up until last week, the project was thought to have never moved past the planning stages, especially as Saletri was notable for often announcing films that never materialized.

Cut to nearly forty years later, when online film communities and grey market torrenting have become commonplace. A new title appears on a site known for cinematic obscurities – BLACK THE RIPPER, uploaded by a relatively new account named “CliffI70.” The description included only a couple screen captures that told nothing and a brief note: “Got this from Jon Cardos, a friend of my uncles – never herd of it thought it would be up this places alley”

Needless to say, the video clip was downloaded dozens of times in the next few days, though the comments attached to the description were mostly skeptical. This couldn’t possibly be the actual BLACK THE RIPPER film, could it? As user deadhorse88 stated, “This may be some other movie that got retitled BLACK THE RIPPER, I don’t think the 1975 film exists.” 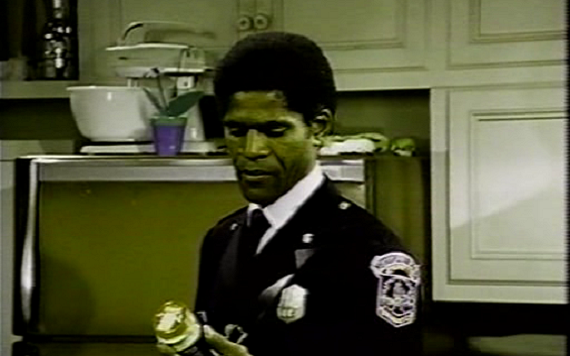 The film, an odd mixture that seems to be culled from a couple of different sources of varying quality, does, in fact, appear to be Frank Saletri’s BLACK THE RIPPER. To be fair, the film doesn’t appear to be finished – there are no end credits, several sequences crucial to the plot seem to be missing (though this may be Saletri’s own incompetence) and the total running time clocks in at 57 minutes – certainly a sign of a movie that had many starts and stops during its production. So while it can’t be said that this is the definitive BLACK THE RIPPER, it can certainly be said that the film was made, even it is was not completed.

The brief opening credits feature a title track by a singer credited as “Mara Farmer,” though odds are that this is actually Marva Farmer, who stars in the film and also appeared briefly in BLACKENSTEIN. It’s a catchy, upbeat number (“He’s back! He’s black! Black the Ripper….”) not dissimilar to Shane Colin’s relentlessly cheery “Island of the Bloody Plantation” from that 1983 film’s opening in terms of misconceived tone.

Only two actors are credited – Farmer and Hugh Van Patten — and Saletri is credited as director and producer, with a script by “Mike Finn.” (This may be Michael Finn, the director of 1974’s THE BLACK CONNECTION, as that film was shot in Las Vegas, where Saletri is known to have had connections, including notorious actress/stripper/author Liz Renay.) There are no other credits, and they end while the song is in mid-chorus. 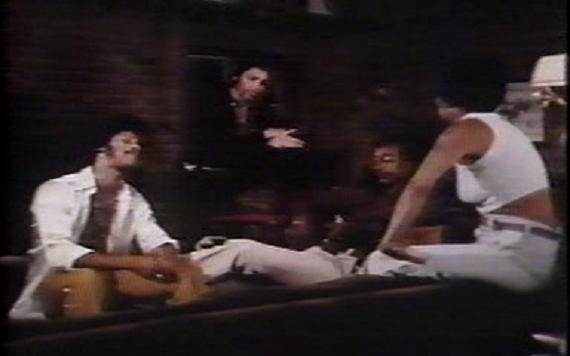 The film itself opens in a karate studio, let by Mike, played by (I believe) the top-billed Hugh Van Putten. We get some training footage, complete with the obligatory “teach the hot-headed teenager that martial arts are for reaction, not aggression” moment. The training is interrupted, however, when the studio receives a call for one of the students informing him that his sister has been murdered.

“I warned her not to go back to Sideback!” the distraught brother yells, and investigation begins into her death. Mike begins to ask questions after the police are no help, calling her a “low-life whore who deserved what she got.” Mike interrogates her former pimp Sideback, a shifty guy in an orange outfit with a voice not dissimilar to Antonio Fargas. When this results in a scuffle on the street, both are taken to jail when another murder occurs. This time, however, there’s a witness in the form of a blind beggar (of course) who’s overheard the killer saying “You deserve everything you get, strumpet!” 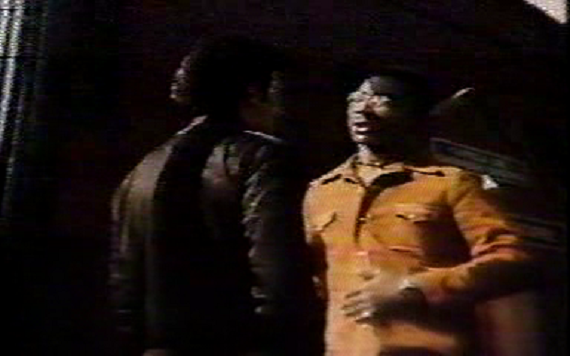 With Sideback no longer a suspect but the cops refusing to help, it seems as though Mike’s hit a dead end. This is where the film takes an odd turn, suddenly switching to the perspective of a mild-mannered Caucasian accountant named Todd, whom we first see interacting awkwardly with his attractive black secretary Carla. After Carla turns him down for a date (politely), Todd mumbles “You deserve everything you’re going to get, strumpet” under his breath on the way out of the office. Todd then heads home to sleep, leading to a strange period dream sequence in which Todd is trying to pick up black prostitutes on the streets of Victorian London!

Clearly setting up Todd as the killer, we then cut back to Mike, who somehow has managed the police to take up the case. When Carla notices the case in the paper, she calls up the cops because she’s overheard Todd’s mumblings. There’s (obviously) not enough to go on, but the cops agree to keep an eye on Todd. By incredibly coincidence, Carla is Mike’s girlfriend (while this may have been established earlier, as I said, there seems to be some footage missing) so he’s at her place later that evening when Todd finally strikes. 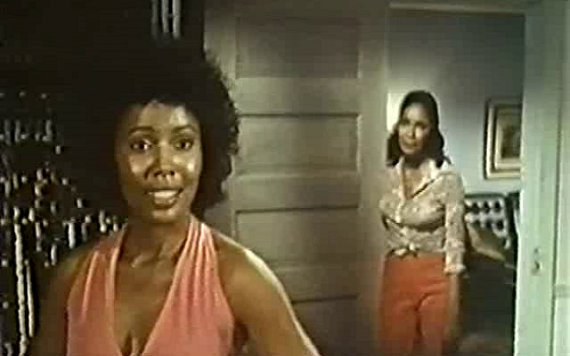 This all leads to a hastily-edited climax, as Todd breaks in and goes after Carla while Mike has gone out to get food. He kills Carla’s roommate, then starts tearing off Carla’s nightgown and giving the film its’ only nudity. Mike, of course, gets back just in time to fight Todd (it’s not much of one, especially once Todd loses his knife) and Todd, or at least a dummy that vaguely resembles him, falls out of Carla’s third-story window. Mike and Carla embrace, and the film ends.

To say BLACK THE RIPPER is a disappointment is a bit of an understatement – for a “Blaxploitation” version of Jack the Ripper, there’s very little action and surprisingly few exploitation elements – none of the murders even take place on screen! To top it off, the “ripper” character isn’t even black, making the title a complete lie! 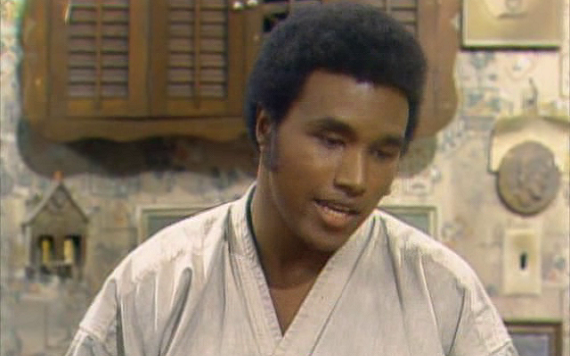 That said, it does have a great theme song, and the performance by Marva Farmer as Carla is quite good – it’s a shame that she never did more films. In addition, the actor who plays Sideback is clearly having a lot of fun, and the character is great to watch, ending every few sentences with a gleeful side giggle that seems simultaneously charismatic and evil.

As good as it is to finally have proof of the existence of BLACK THE RIPPER, it’s clearly an unfinished project, and even if it had been released, it’s unlikely that it would have stood out from countless similar low-budget films of the time, save for the title that’s given it more notoriety than it could have ever been granted on its own.