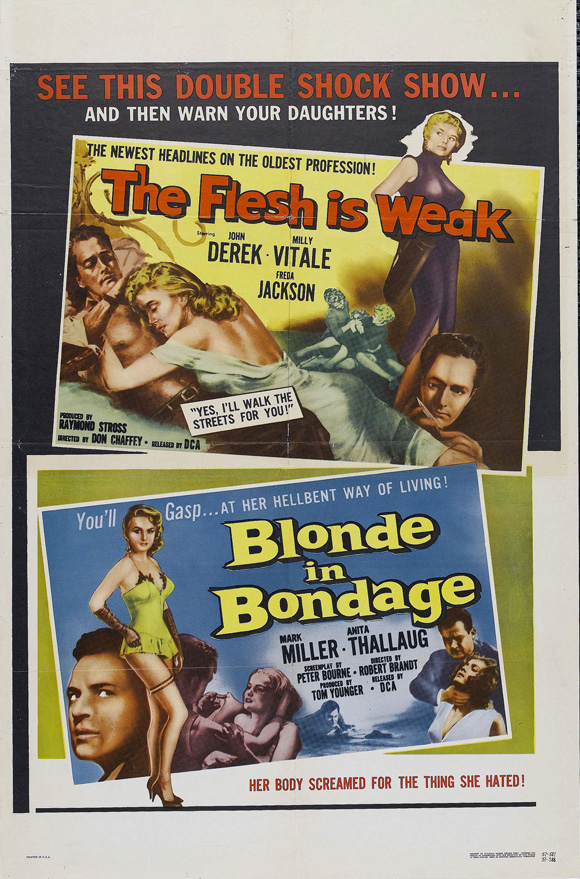 I’ll admit when I bought this DVD I was expecting something a little bit different than what I got. What I was hoping for was something closer to CONFESSIONS OF A PSYCHO CAT but what I wound up with was something along the line of REEFER MADNESS. But hey, it’s not the first time I bought a DVD and wasn’t totally satisfied with the contents *cough* Dita Fetish Goddess *cough*. Caveat emptar.

So Robert Brandt’s film revolves around Larry (Mark Miller) who flies to Sweden to go undercover and write about the seamy underworld of drugs. During his expose, he meets night club singer/stripper Mona (Anita Thallaug). Poor Mona detests what she does but her producer is also her dealer. Much like you should never date your dealer, you should likely never have your boss as your dealer either. In order to keep her in line and doing the bump and grind, he keeps control of her drug supply. Of course, Larry becomes infatuated with the blonde Swedish dish and tries to help her break free of her captors by taking on the underground drug cartel he’s supposed to be keeping a low profile for in order to write about. The film takes a few nourish turns until a final stand-off between Larry and the drug boss in a funhouse.

While it’s worth noting the majority of the film was shot in Sweden, it was also written by someone who appears to never have actually done drugs. It’s kind of like reading sexy FanFic, but you’re keenly aware the author has never actually experienced intercourse firsthand and therefore there is an awkward feel to it. However, for camp value it’s rather entertaining and Mona’s little mini-burlesque number is cute, though you’re never in danger of any nudity which was somewhat of a letdown. But if you want something a little retro and off the beaten path, this might be for you. Safe to watch with your Granddad.