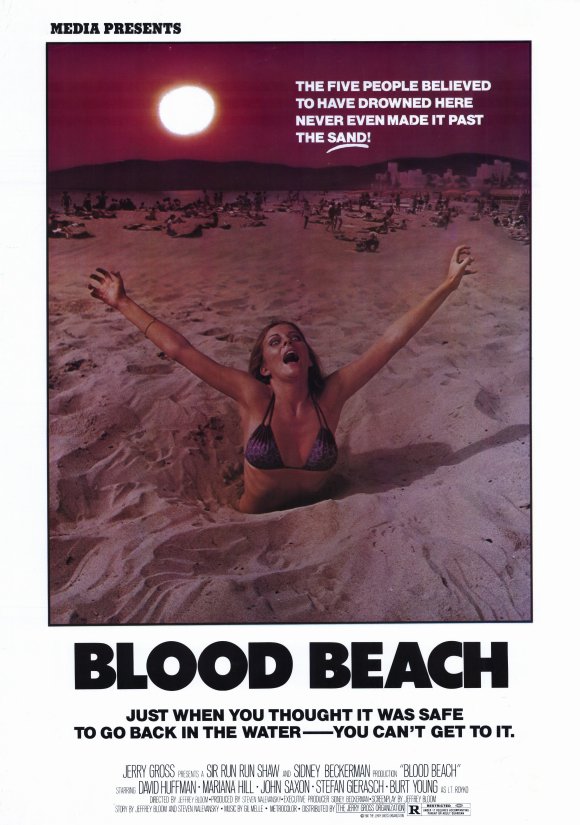 I love the tag line for this film: “Just when you thought it was safe to go back in the water…you can’t get to it!” I’m guessing the filmmakers are assuming that we have all seen JAWS and JAWS 2? We all know that at one point it wasn’t safe to go in the water but it is now because those dangerous sharks have been blown up and electrocuted to death? Or maybe they are expecting us to know that Tentacles and Orca are no longer around? Gary Busey from the BIG WEDNESDAY?

Poor marketing aside, BLOOD BEACH is worth catching for anyone who enjoys watching these Jaws ripoffs that were so prevelant during the late 70s and early 80s. The film does offer up some interesting ideas, with a “monster under the sand” premise predating TREMORS by ten years. And any film that features John Saxon and Burt Young as detectives is worth a look. You’ve got to wonder why JAWS 3 didn’t piggyback on this film with a tagline that read: “Just when you thought it was safe to go back on the beach…you can but now there is another fucking shark in the water!”