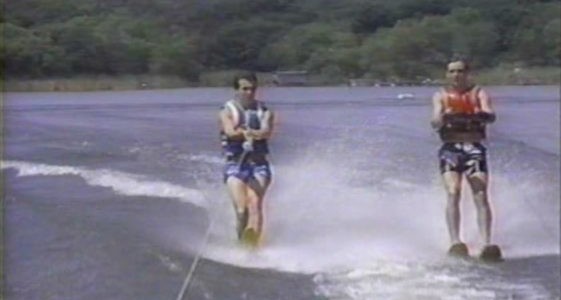 On the commentary track for BLOOD LAKE, director Tim Boggs points out just one of several shots that last for a beat or two too long, resulting in awkward pacing and seemingly random editorial choices. The source of these bizarre moments, he reveals, was to get the film to a feature-length running time of eighty minutes. While I am actually overall positive when it comes to the film, the amount of foot dragging that has nothing to do with the ostensible slasher plot it adopts makes it feel like the cinematic equivalent of a fifth-grader beginning a book report with the dictionary definition of a word. In this case—and almost only this case—I mean that as a sort of backhanded compliment. 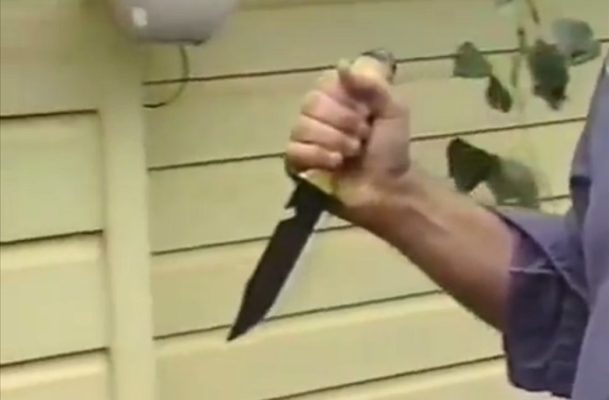 But to call BLOOD LAKE cinematic in any way is actually a stretch. That said, despite the grimy mid-‘80s SOV look, amateurish acting, hair metal soundtrack, disjointed editing, and weird mix of naturalistic dialogue with cringe-inducing one-liners, the flick manages to be just oddball enough with some surprisingly over-the-top visual flourishes that it is worth watching. You just have to know what kind of movie to expect going in.

And just what kind of movie is BLOOD LAKE? As you can tell by the title and its release year of 1987, it fancies itself a low-budget slasher flick. But while it opens with a (bloodless) knife murder, the next hour is taken up with the weekend getaway of two couples in their early 20’s and a couple of adolescent younger siblings in tow. Where BLOOD LAKE gets strangely fascinating is in its close examination of the minutiae of this mini-vacation. A ten minute long scene of water skiing instruction, a static shot of a game of quarters played in what feels like real time, and numerous scenes of people sitting around bored and getting drunk or stoned is interesting as a storytelling experiment (and also the source of a lot of unintentional comedy) about how much of a movie can be built around the scenes that are usually the first to hit the cutting room floor. But where I find this style strangely intriguing, I am the first to understand if someone finds it dull, meandering, and completely lacking in forward momentum. 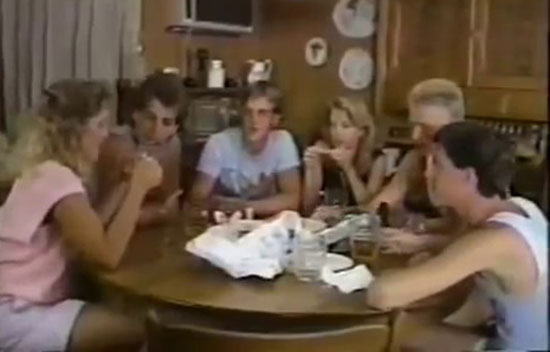 If my description of BLOOD LAKE as a SOV experimental slasher/vacation video does not sound like the type of film you would normally go for, you should stay far away. But if you are in for the meandering weirdness that makes up most of it, you are rewarded with a couple of decent slasher moments in the final ten minutes, an out of nowhere final sequence, and a truly horrible twelve-year-old human being named Lil’ Tony.

Lil’ Tony (Travis Krasser) is a scrawny kid with a terrible haircut who spews misogynistic insults at fellow middle-schooler Susan (Christie Willoughby), while also assuring the group that he is most definitely going to have sex with her that weekend. Once again, these are twelve-year-old kids. Lil’ Tony not only boasts of his bedroom prowess, but also his ability to drink his weight in beer, and his status as master water skier. In the midst of his nonstop bragging/threats of sexual assault, everyone laughs and comment on “the mouth on this kid.” But the thing about Lil’ Tony is that while his dialogue sounds horrifying to today’s audiences, as someone who would have been the same age as the character and grew up near the same region where BLOOD LAKE was shot, I hate to report that the way he talks is actually closer to accurate than most people would now like to admit. 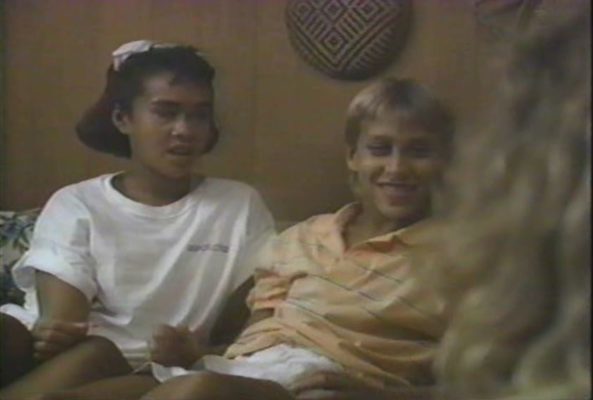 Obviously, I can’t call BLOOD LAKE a traditionally good film. If we are going by traditional guidelines, it would fall somewhere between the inept and dreadful end of the spectrum. But there really is very little about the flick that you can call traditional, so judging it on such a scale is not fair. A couple of gruesome sights aside, it does not deliver as a slasher movie, but in its own cheaply done way, it is a more authentic capture of time and place than most movies from the ‘80s. That authenticity makes it compelling to me, even when it stubbornly refuses any attempt at actual drama or suspense.

This DVD release of BLOOD LAKE is courtesy of the fine folks at Bleeding Skull! and AGFA (the American Genre Film Archive). The film could only be given such a good presentation by folks who love this stuff as much as they do. The SOV image, while predictably murky in dark scenes, is about as crisp as a flick shot on such equipment is going to get. Likewise, the sound is muddy at times, but in this kind of endeavor, if at least seventy-five percent of the dialogue is understandable, that is considered a successful restoration. 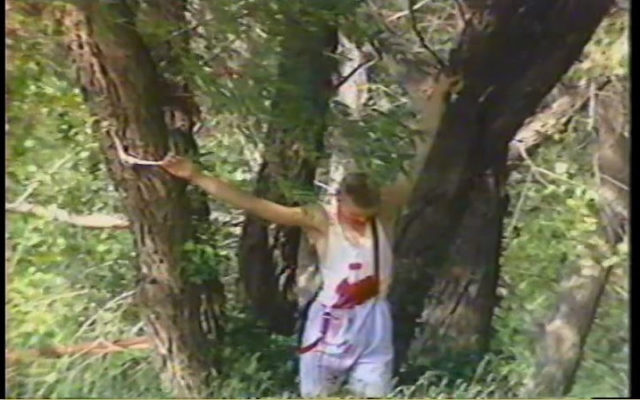 Alas, there is no adult Lil’ Tony on the special features. But there is a very entertaining and informative commentary with Boggs and Annie Choi and Joseph Ziemba from Bleeding Skull!. Boggs is a good sport, pointing out with plenty of humor the numerous flaws in the film, while allowing some exceptions for the equipment they were working with (though he does admit that he finds the sound work maddening since he has gone on to a long Hollywood career as a sound editor). He has an amazing memory for the production of a movie made over thirty years ago, always ready with an anecdote about what was happening on any given day a scene was shot. There is also a great running gag through the commentary as Choi and Ziemba ask how a location or an actor was found and the answer invariably begins with the words, “Doug knew a guy…”

The Doug that Boggs refers to is writer/producer/star Doug Barry, who—strangely—is barely present on the supplements. He appears in a filmed Q&A after a screening of BLOOD LAKE at 2018’s Fantastic Fest, but that segment (also with Boggs, Choi, and Ziemba) consists of much of the same information found in the commentary. At the very least, Barry comes off in description as a born producer and in his brief appearance as decent guy who is appropriately flummoxed by the resurgence of interest in movie. A roughly put together trailer of footage used to attract potential investors for finishing funds and a fun, over-the-top short film directed by Boggs titled ASHES, rounds out the disc.

BLOOD LAKE is now available on DVD from Bleeding Skull! and AGFA. 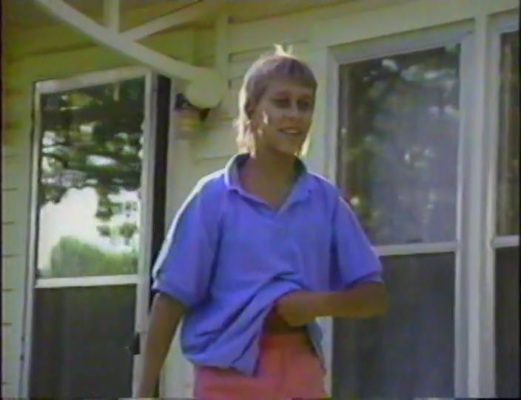