Rushed into production following the mega-success of FRIDAY THE 13TH, MY BLOODY VALENTINE is one of the best of the Canuxploitation flicks made under the Canadian Tax Shelter program of the ’70s and the ’80s. Unfortunately, like many of the slasher films that hit theaters in the early ’80s, it fell victim to the MPAA ratings board that demanded over two minutes of cuts to the film, excising almost all of the imaginative, gory set-pieces. As director George Mihalka refers to the theatrical cut in an interview on this excellent Collector’s Edition Blu-ray from Scream Factory, this version of the movie should have been called My Anemic Valentine. If for no other reason than nearly all of those infamous moments being seamlessly restored into the film (a 2009 DVD of the film included these bloody bits from poor sources, resulting in a choppy, muddy viewing experience), this Blu-ray would be worth owning. But a plethora of special features with the contributions of many of the film’s cast and Mihalka make this a must own for slasher fans. 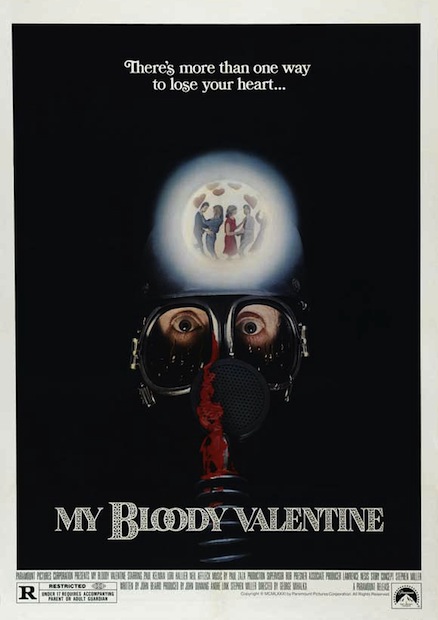 It follows the usual template of most early ’80s slashers with an isolated setting still recovering from a past tragedy, a local legend (in this case, mad coal miner Harry Warden slaughtering townsfolk on Valentine’s Day), and a whodunit plot structure, but MY BLOODY VALENTINE still manages to set itself apart from other slasher films of the era in several ways. While not exactly a multi-character study, Mihalka and screenwriter John Beaird (working from a story idea by Stephen A. Miller), make the smart choice to take the time to give more than surface level characterizations to an ensemble of roughly a dozen major characters. Amidst the usual slasher trappings, there is a diverting love triangle story, the local sheriff (Don Francks) has actual human moments as he mourns an old friend/possible love interest, and the most relatable, levelheaded character (Keith Knight) is a chubby guy with a walrus mustache who is played as a respected group leader as opposed to a sight gag. 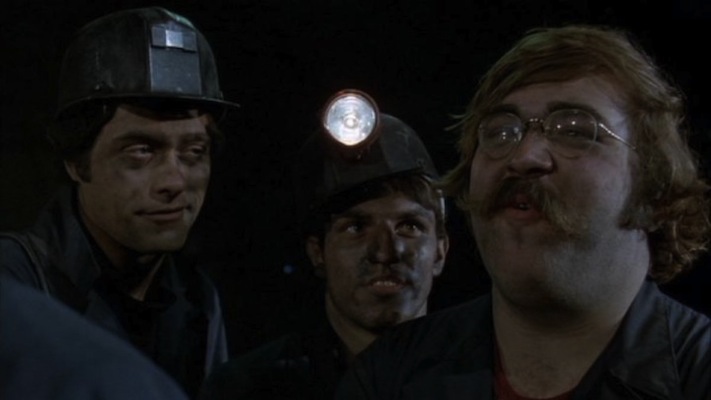 Mihalka also captures a very specific blue-collar vibe that comes with living and working in a mining town. That specificity with a decent focus on the characters and their relationships makes it scarier and more upsetting when people start getting picked off by the mysterious killer miner.

It is that ability to focus on characters and the grimy, dreary atmosphere of the small Canadian town where the film is set that helped MY BLOODY VALENTINE become a cult favorite over the years, even with many of its slasher money shots missing. It is a bit ironic then that the main appeal of this release is the re-insertion of many of those infamously cut bits. 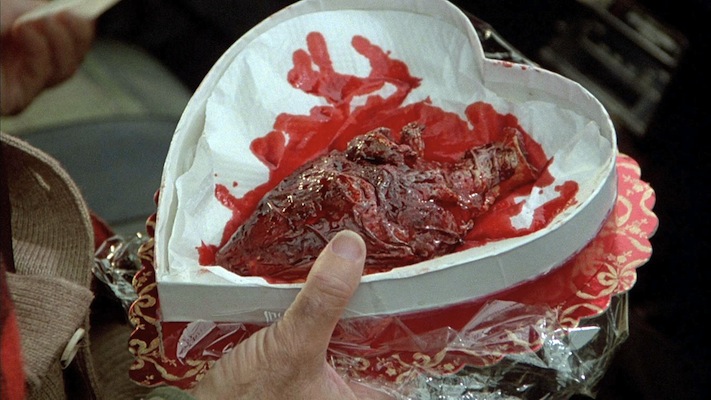 Both the theatrical cut and the unrated, restored cut are included in this set, but there is no reason to even check out the theatrical version as both versions are taken from the same 4K scan of the original camera negative. While occasional snippets of the re-incorporated gore moments show some small signs of degradation, the overall quality difference is negligible. Holes in the Heart is a great special feature included here that shows off just how different the theatrical cut is from this mostly uncut (alas, some shots and at least one full scene remain lost) presentation.

The restored footage is expectedly grisly with an extended shot of the business end of a pickaxe forcing an eyeball out of the skull of an unlucky victim, a brutally extended version of a burned corpse tumbling out of an industrial dryer, and the tour-de-force sequence of a character being lifted and impaled on a showerhead (complete with bloody water flowing out of their mouth). But what is truly interesting and speaks to how uneasy the MPAA was with the suddenly popular slasher genre is how many cuts were demanded of relatively bloodless moments of characters dying in slow, believable terror. These moments really show how smart Mihalka was to take the time to let the viewer get to know the characters since their deaths hit that much harder in these extended, very human final moments of their lives. 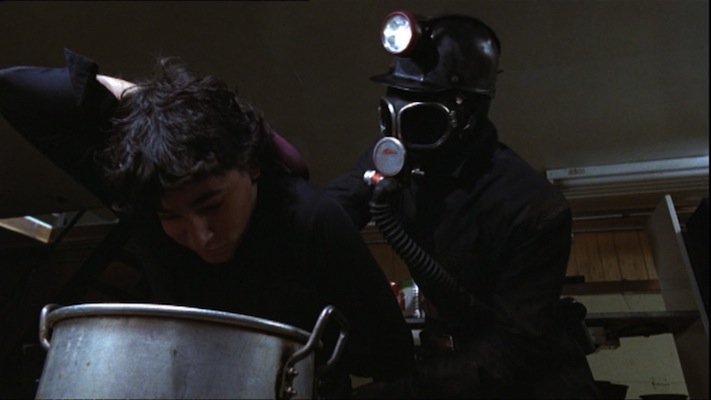 Given how much of the film was shot in an actual coal mine in low light, this restoration looks amazing. The 4K scan captures the deep blacks that the characters are constantly emerging from and walking into without losing the detail of what needs to be seen. There is a pleasing level of film grain in neon-heavy bars and the exteriors that take advantage of the oppressive atmosphere provided by the near-constant cloudy skies that hang over the town. 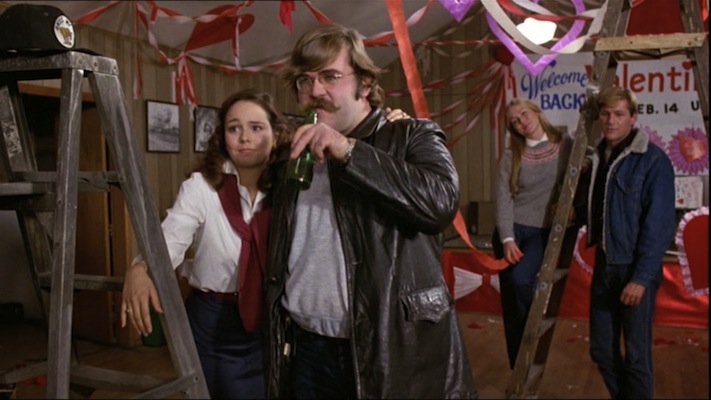 Scream Factory has put together a hell of a package for MY BLOODY VALENTINE that includes new solo interviews with cast members Paul Kelman, Lori Hallier, Neil Affleck, Helene Udy, and Rob Stein. All express a mixture of thankfulness and bemusement that a little slasher flick they made when they were in their early 20’s has become a cult classic that inspired a remake. While the cast interviews are pleasant (and it’s always fun to see how different people look forty years down the line), a new interview with Mihalka is more in-depth as he digs deep into the production of the film and bitterly reflects on the forced cuts made to help the film avoid a dreaded X-rating. 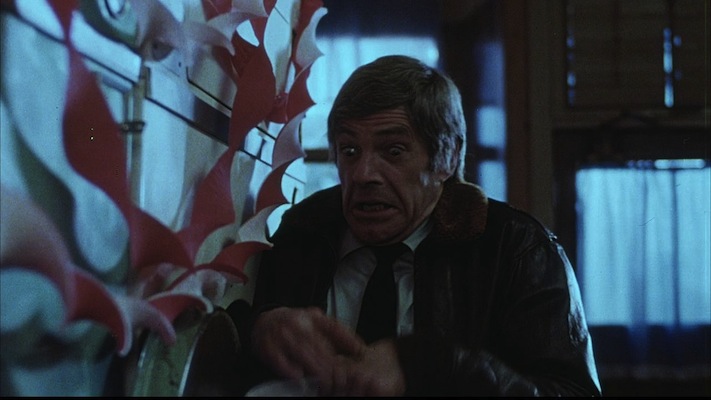 Mihalka does a commentary on the unrated cut of the film that’s slightly awkward as he occasionally has to be prompted by an off-microphone disc producer to comment on the on-screen action. But since it is Mihalka’s first time seeing the mostly uncut version since he edited it in 1980, it eventually becomes a charming listen as he perks up and expresses true delight when he sees the restored shots and scenes. Never have I heard someone so happy to see a shot of a child’s face being splattered with blood.

An older 35th anniversary cast reunion panel from the Bay of Blood Convention in Tampa, FL and the usual trailer, TV spots, and radio ads round out the set. But make no mistake, the restoration of so much of the missing footage is what makes this a great Blu-ray and arguably elevates MY BLOODY VALENTINE to one of the very best ’80s slashers. 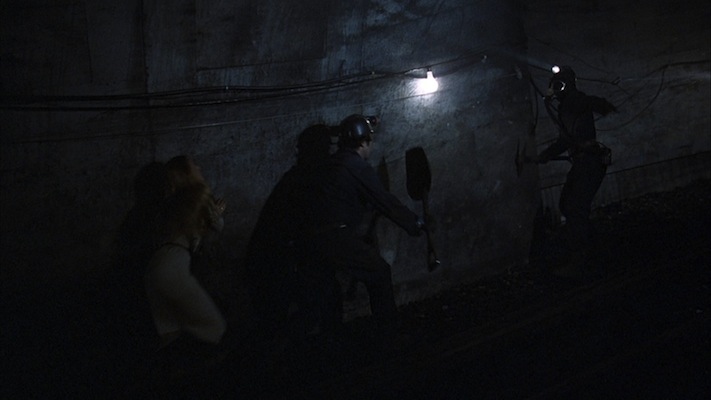 The Scream Factory Collector’s Edition Blu-ray of MY BLOODY VALENTINE is now available.