I had some initial trepidation when I first popped in the Blu-ray for Scream Factory’s new release of THE FINAL TERROR. I’ve owned the 1981-shot, 1983-released slasher flick for decades on VHS, and had made several attempts to watch it over the years, all of which ended in failure. Well, not failure so much as sleep, beautiful, joyous sleep with dreams of peace and tranquility. I never made it passed the half-hour mark.

It’s not as though I thought THE FINAL TERROR was a terrible film or that I had no interest in watching the events on screen. It was just something about the tone, mixed with the soft VHS transfer that made it even hard to make out who the hell Daryl Hannah was playing that created a pitch-perfect white noise for my horror-loving senses. (As it turns out, Hannah was the blonde blurry blob, though I probably could have guessed that.) It was one of a number of films that I attempted watching the first couple of times in a genuine attempt to see the film and soon just stuck in the tape when I wanted a peaceful nightcap that I could rely on to put me into a comfortable dream state. THE FINAL TERROR wasn’t disinteresting — Gerard Kikoine’s Jekyll and Hyde/Jack the Ripper film EDGE OF SANITY had the same effect, and that movie’s insane – it was just… comforting. Too comforting to actually watch.

My history with THE FINAL TERROR was foreboding. Would I be able to actually sit up straight, watch the movie, and find out what the hell happened to those campers in the woods? Or would the sweet recollections of teenage slumber fill my mind with a drowsiness that even a new HD transfer could not overwhelm? 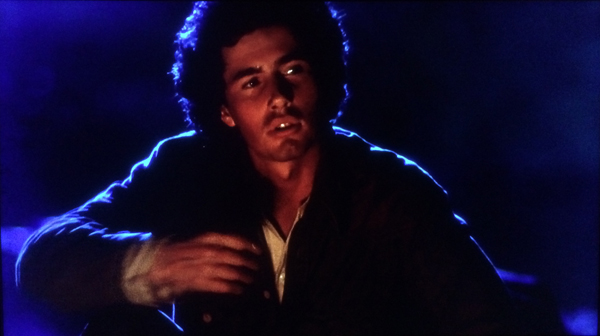 I needn’t have worried. The new Blu-ray of THE FINAL TERROR is not the same film I recalled from my youth. The excellent transfer is a revelation despite the introduction apologizing for the transfer being a composite from six different prints – occasional discoloration actually adds to the rugged nature of the film. The film’s cinematography comes alive, with director and cinematographer Andrew Davis’s eye for the moody lighting and atmospheric tones of the forest much more readily apparent. (Also, the cast no longer looks like blurry blobs.) Scream Factory’s release is a perfect example of what an upgrade can do for a film. THE FINAL TERROR is no longer the ratty teens-in-the-woods horror pic with a few before-they-were-famous stars – it’s a solid, well-made, and thoroughly engaging horror adventure film that gives a sampling as to how Davis became a big-time Hollywood filmmaker, as the line between TERROR and 1993’s THE FUGITIVE isn’t a particularly long one. (It still has one of the most generic, meaningless names of any slasher film, but there’s not much to be done about that.)

After an initial (and great) opening kill sequence of a couple of random folk by an unseen assailant, the standard set-up emerges – a co-ed group (in this case, fire rangers and some would-be girlfriends) take a camping trip to a desolate location for some rest and relaxation. They soon find themselves under attack by a murderous figure, who may be the group’s resident weirdo (Joe Pantoliano!) or have something to do with a campfire story, or may be someone else entirely. As a TV Guide summary, THE FINAL TERROR is basically indistinguishable from the likes of THE BURNING, DON’T GO IN THE WOODS, THE FOREST or about 40% of the horror films released between 1980 and 1983.

But THE FINAL TERROR’s greatest asset, outside of Davis’s solid cinematography of the state park in California and Oregon and a great cast including Pantoliano, Hannah, Rachel Ward, Adrien Zmed, Mark Metcalf and BUCKAROO BANZAI’s Lewis Smith, is that it doesn’t really conform to most slasher movie clichés, a tact which may have accounted for the film’s less-than-stellar reputation among horror aficionados.   The film spends a fair share of time establishing the group as individuals, and doesn’t resort to easy coupling – only one sex scene emerges from the gang, from the film’s sole romantic relationship. And while a pair of characters are offed before the rest of the group realizes it, once the characters realize they’re in danger, they do the rational thing and try to get back as quickly as possible, staying together to the best of their ability. 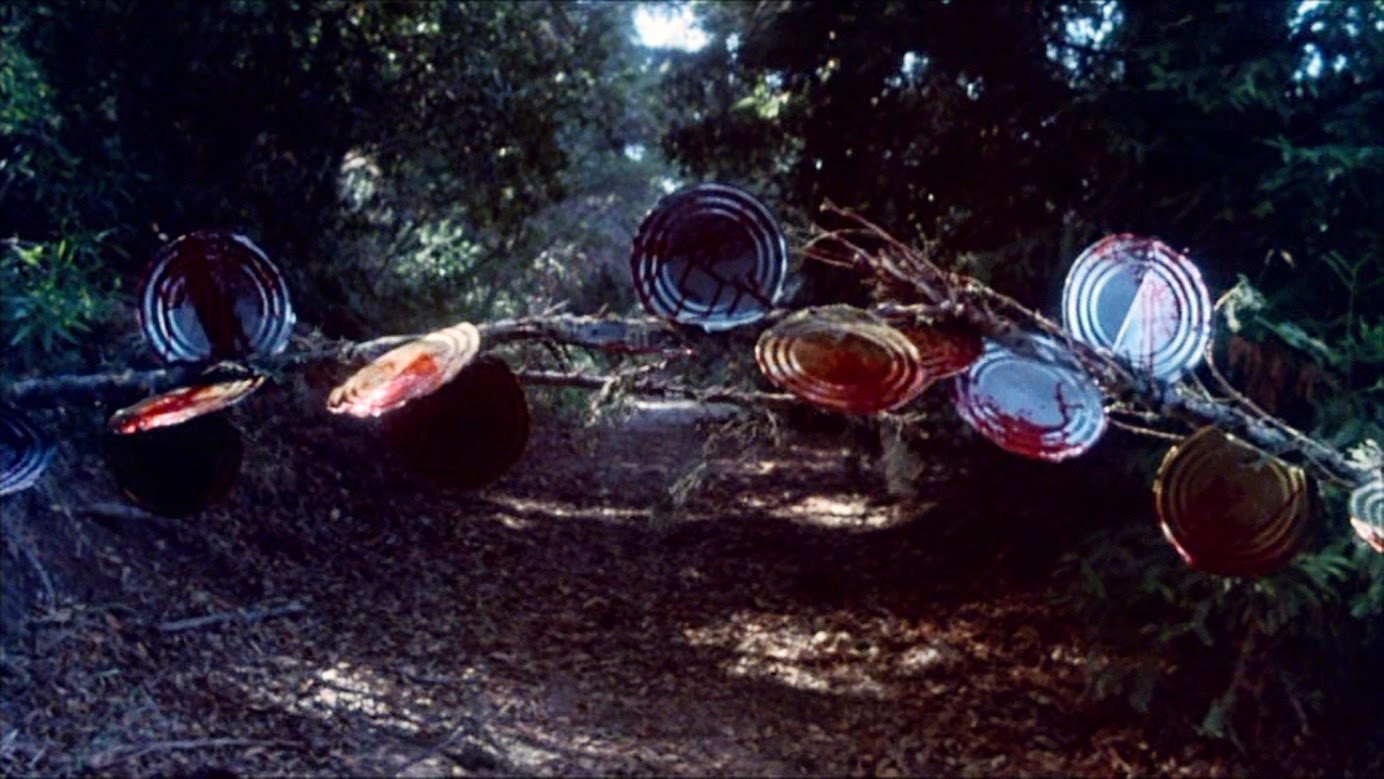 The ancestry of THE FINAL TERROR doesn’t, for the most part, seem to be FRIDAY THE 13TH at all, but rather the likes of DELIVERANCE or RITUALS, as a group is forced to fend off an unknown and violent presence while working as a team. THE FINAL TERROR also lacks a double-digit body count, relying on genuine suspense and beautifully creepy moments punctuated by sudden violence to hold your attention. And those violent moments are all the more shocking for it – it’s a slow build-up (and I can’t guarantee that my apparently narcoleptic 17-year-old self would still be as permissive about the film’s first half) but it’s one that pays off impressive dividends.

While Davis can certainly claim credit for the look of the film and the moments portrayed, the fact that the film works so well as a whole and breezes along at 82 minutes can be attributed to the work of post-production supervisor Allan Holzman, who appears in an interview on the disc talking about the changes he made to the film after it had been sitting on the shelf for a few years. Composer Susan Justin also appears in the interview talking about her work, and her score is certainly a large component of the film’s success as well. Zmed and Smith also talk about the experience and admire the film’s look.  A commentary track with Davis is good, as he talks about how not shooting the opening sequence paid off his wedding, but a fair share of dead air highlights the use of a good moderator.  The disc also includes the original trailer and a still gallery.

THE FINAL TERROR isn’t necessarily an A-listed in the slasher film world, but part of its lackluster reputation may have been due to the film’s negligible VHS transfer. It also may be because it’s more of a survivalist adventure with slasher elements than a straightforward kill-‘em-off, but it’s that more interesting take on the genre that makes THE FINAL TERROR so engaging. I certainly hope that, despite the generic title and the fact that it’s not as well-known as other slaughter fests, more horror fans pick up the new Blu-ray – I’m sure glad I stayed awake for it. Finally.