By 1979, Pete Walker was one of the United Kingdom’s most notorious exploitation filmmakers, having directed over a dozen films over the previous decade. He’d spent so much time dabbling in sexploitation and horror that, he claims, critics had it out for the film as soon as they saw his name on it.

It’s no wonder, then, that for his penultimate film, Walker chose to get away from the genres he was most known for. 1979’s HOME BEFORE MIDNIGHT, recently re-issued on Blu-ray by Redemption and Kino Lorber, marks a shift in his work into the serious drama, one without a body count or lame sex joke in sight. While there are exploitation elements in play, MIDNIGHT offers a look at what Walker could do when those elements weren’t prerequisites for the genre he was working in. It was a short shift – Walker only made one more film (1983’ all-star horror comedy HOUSE OF THE LONG SHADOWS) before retiring from film to restore theaters instead – but it’s still a noteworthy one.

James (ENDLESS DESCENT, Norman J. Warren’s TERROR) Aubrey plays Mike Beresford, a rock music writer for a fairly successful band. (How successful are they? One of their members is played by Chris Jagger, brother of the Rolling Stone.) All seems to be going well when he first meets Ginny (Alison Elliott) at a café after a friend of his picks up her and her friend Carol. The two begin to date and their relationship is soon consummated, and she begins integrating herself into his life. 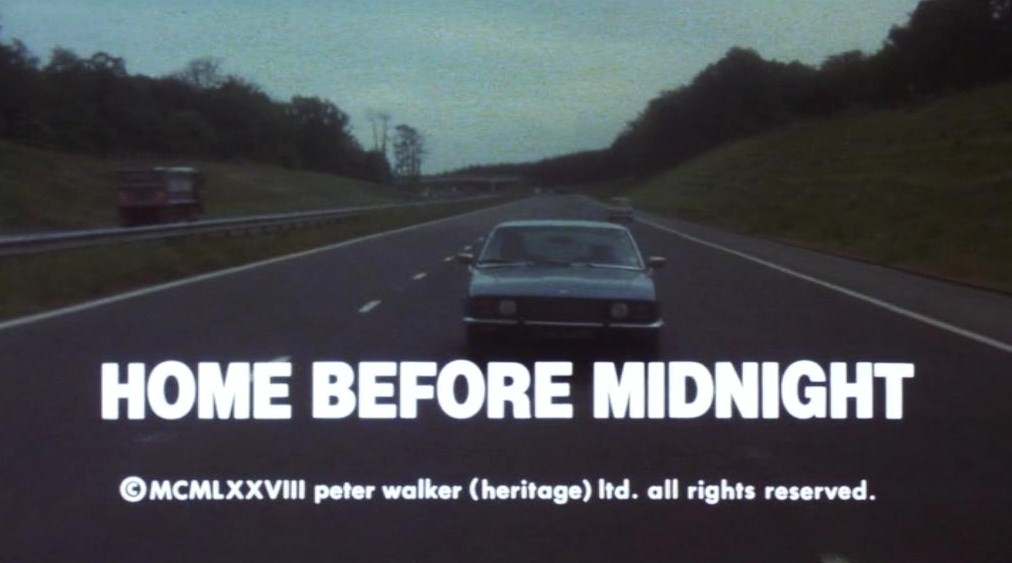 Things hit the brakes, however, when the 28-year-old Mike discovers that Ginny is only 14 years old, still lives with her parents, and has essentially been deceiving him out of love. After a bit of conflict, the two decide to stay together, though Mike is much more sheepish about making the relationship known. This reluctance is borne out once Ginny’s parents discover the pairing, leading to Ginny impulsively claim she was raped in order to escape her own responsibility in the charade. Mike’s career is suddenly imperiled, along with his own freedom as the film climaxes with a courtroom sequence in which true motivations are exposed.

HOME BEFORE MIDNIGHT is an admirable film, one that offers no simple answers and doesn’t treat any character as though they’re in the “right” or “wrong.” Ginny comes off as a very pleasant young woman, so much so that her treatment of Mike feels more like the result of innocence under pressure and emotion rather than anything malicious. It’s certainly a tricky line to tread, especially when a false rape accusation enters the picture, but Walker and writers Murray Smith and Michael Armstrong maintain a sense of ambiguity to the proceedings that never gives in to emotional manipulation.

In fact, the film almost has too little emotional manipulation, especially in the relationship between the two leads. While HOME BEFORE MIDNIGHT does a fine job at keeping moral judgments about the relationship at a distance, it keeps them at a distance as well, and while the performers are strong, the chemistry between the two of them never quite escalates to the point where Mike’s loyalty to Ginny after her age is revealed is believable. (It’s also got a surprisingly limited amount of music for a film about someone with a rock band, though the title track by Jigsaw is certainly fine.) 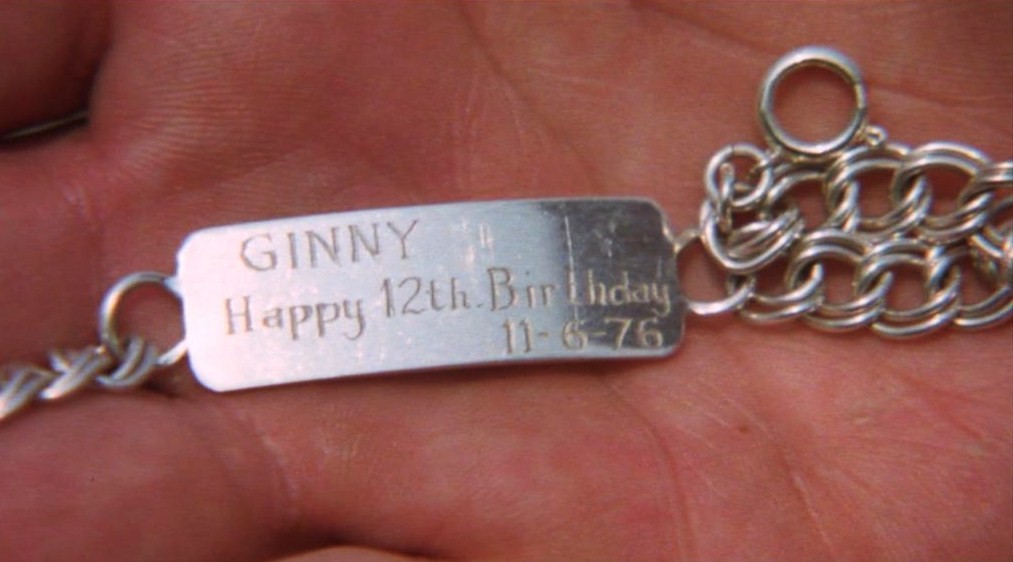 Walker’s direction is solid, and HOME BEFORE MIDNIGHT is a fine looking film with some splendidly-staged moments, such as an ending sequence that recalls THE GRADUATE in the best way. Ginny walking in on her parents’ intervention with a police officer in tow is staged as ominously as anything in Walker’s horror films, and even the sexual sequences with the prerequisite nudity are given a soft lighting that makes the participants positively glow on the Blu-ray.

And, yes, there is nudity on the part of Ginny, though Elliott was 18 at the time of filming. This age issue is pointed out by Walker in an interview with the director produced by AMERICAN GRINDHOUSE’s Elijah Drenner, and he mentions that many viewers found her playing a 14-year-old unbelievable. (It’s a fair point, but it does also make Mike’s interest in her more reasonable.) He also talks about the cast, including Debbie Linden, the EAT THE RICH actress who died in her mid-30s and plays Ginny’s best friend. It’s an engaging interview, but at barely over 10 minutes, shorter than most of the bonus content in Redemption’s other Walker releases. The disc also includes a theatrical trailer that disguises the age complication, along with trailers for other Walker films in the collection.

HOME BEFORE MIDNIGHT certainly stands apart from Walker’s genre efforts, but it still shows a director in control of his craft and very capable of putting together a compelling film, even if it does overstay its welcome a bit at 111 minutes. HOME BEFORE MIDNIGHT should provide enough cinematic food for thought for a lively post-watch discussion – even if that discussion is about the ideas that the film touches upon rather than the characters it portrays.