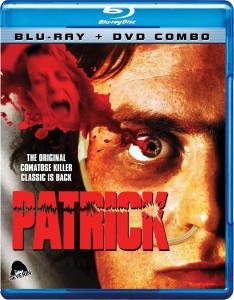 PATRICK would make a pretty good 85-minute film. Unfortunately, director Richard Franklin buried the intriguing premise at the heart of Everett De Roche’s screenplay under layers of unnecessary domestic drama and forced attempts to rip off everything from PSYCHO to CARRIE to JAWS. The extraneous plot elements and abrupt tonal shifts keep the film from following all the way through on the potential of its setup, making the finished product come in as a confused, bloated mess with some great scenes to make it worth watching, but far from satisfying.

In a prologue, Patrick (Robert Thompson) listens to his mother and her lover having sex in the next room. It is a wordless scene, but the look of menace on Patrick’s face quickly makes clear that he is tortured by the sounds coming from the other side of the wall. When the lovers move on to a joint bath, Patrick silently picks up a portable electric heater and walks to the bathroom. In a moment that is both freakish and darkly comedic, Patrick chucks the heater into the bathtub.

Without any explanation for what happened in the aftermath of the opening murders, the film jumps ahead two years. Patrick is now an unconscious patient at a private care hospital run by the casually insane Dr. Roget (Robert Helpmann). Patrick lays in bed, kept alive by life support, with his eyes wide open so Dr. Roget can experiment on him to determine what happens in the realm between life and death. At least, that’s the closest I can come to explaining why Roget is experimenting on the poor guy instead of just letting him die. Franklin and De Roche do not seem to be very interested in explaining Roget’s motivations and seem to imply the audience shouldn’t care either. 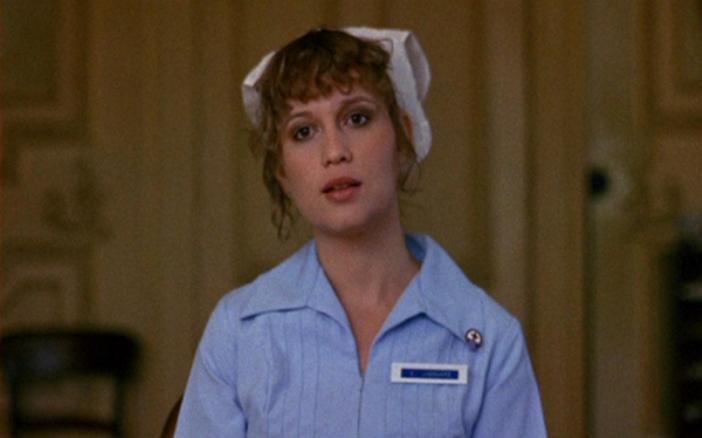 Instead, the filmmakers are far more interested in Kathy (Susan Penhaligon), the new nurse at the clinic. Being the lowest nurse on the totem pole, she draws the assignment of looking after Patrick. Kathy realizes that Patrick is actually conscious when he starts communicating with her by taking over her typewriter via telekinesis. But Patrick is in no hurry for the world at large to know of his secret. While Kathy tries to get Dr. Roget or Matron Cassidy (Julia Blake), the head nurse, to witness what Patrick can do, he goes back to his normal catatonic state.

If the film were simply about Patrick’s powers and how they affect his emerging obsession with Kathy, PATRICK would be a decent little thriller. Instead, the running time balloons to nearly two hours, padded out with extraneous subplots about Kathy’s ex-husband (Rod Mullinar) and her flirtations with a hunky neurologist (Bruce Barry). While some of these plot points eventually pay off in the third act, most of them exist for silly scenes like the one where Patrick uses his mind to fling the neurologist around a swimming pool, nearly drowning him.

If Franklin had cast a stronger actress as Kathy, focusing on her character could have made sense. After all, you can’t spend an entire movie focused on a comatose patient. But Penhaligon looks bored throughout and drains the life from several of her scenes. She constantly gets upstaged by the more flamboyant turns from Helpmann and Blake. Even Thompson, who is asked to do nothing more than stare wordlessly straight ahead, manages to steal scenes from the leading lady. 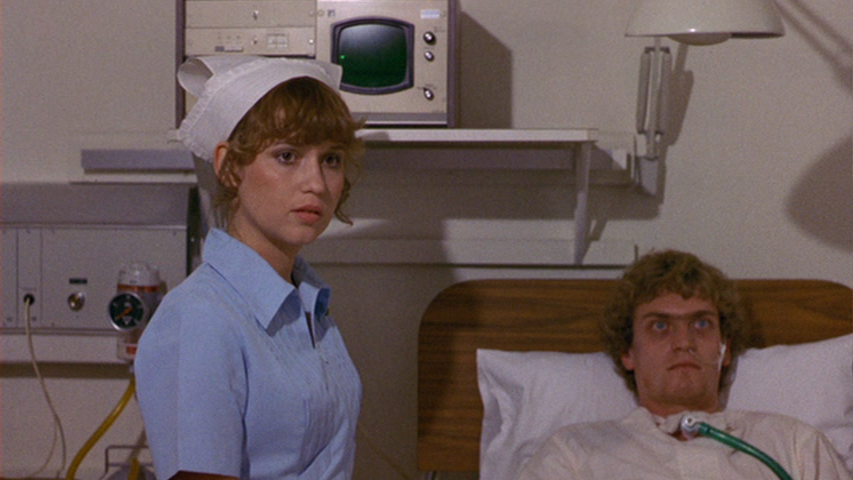 There are wonderfully bizarre moments in the film. Matron Cassidy’s rundown of all the “perverts” she has encountered who want to work with invalid patients is a comedic highlight through some witty dialogue and Blake’s uptight performance. Likewise, nearly every moment Helpmann gets as the insane, borderline sadistic doctor is entertaining due to his over-the-top performance. But these scenes don’t make up enough for the slowly-paced story or the overall lack of tension in what is supposed to be a horror film.

You can’t accuse Severin Films of skimping on their PATRICK Blu-ray. This is easily the best presentation the film has probably had since its original Australian release, even if the print used shows signs of a little wear-and-tear.

There are a decent amount of extras on the disc, but Franklin’s commentary is so dry, it should be marketed as a cure for insomnia. An hour long series of interviews with Franklin, De Roche, producer Antony Ginnane, Penhaligon, and Mullinar (which are actually outtakes from Mark Hartley’s documentary NOT QUITE HOLLYWOOD: THE WILD, UNTOLD STORY OF OZPLOITATION!), covers much of the same territory as the Franklin commentary and feel redundant in that sense. Although it is refreshing in Franklin’s interview segments to see him so openly admit to trying to rip off better films. A separate thirty minute interview with Franklin taken from an old Australian TV show is featured as well, and the expected trailer and TV spots (along with a very entertaining Easter egg) round out the supplements.