Home  ⁄  The Wire  ⁄  BLUE UNDERGROUND READIES LOST ‘EMMANUELLE AND THE GUNFIGHTERS’ FOR RELEASE!

Blue Underground has just announced some huge news for fans of Italian exploitation cinema. After decades of obscurity and rumor, a 35mm print of EMMANUELLE Y LOS PISTOLEROS (EMMANUELLE AND THE GUNFIGHTERS) was discovered in the basement of a small theater that had been closed since the 1980s in a small Italian village near Naples. The film, starring Laura Gemser, Rosalba Neri and George Hilton, was an Italian-Spanish co-production financed by Mario Mariani (SISTER EMMANUELLE, CRYPT OF THE VAMPIRE) and José Luis Madrid (SEVEN MURDERS OF SCOTLAND YARD) and shot in 1975. The film was completed and screened for its producers, cast and crew, along with a few locals at the theater where the print was found, but due to conflict between the producers regarding the film’s distribution, it was never officially released. 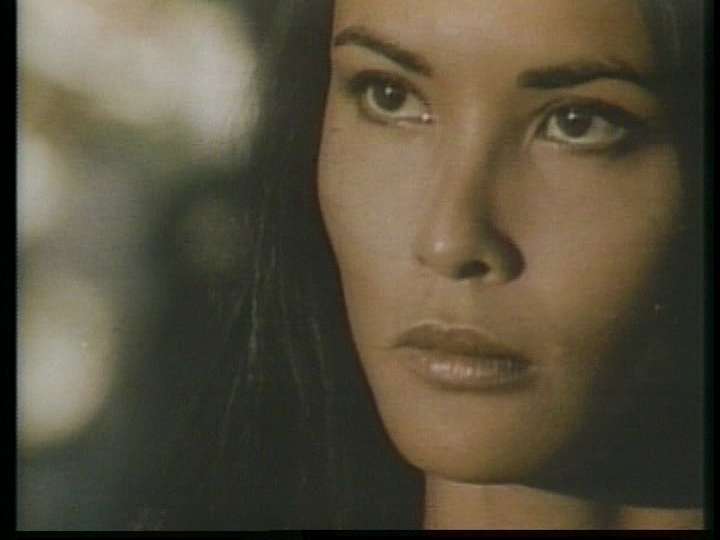 According to notes given to Blue Underground by Mariani, only one print of the finished film was ever struck. However, Mariani had a workprint of the film transferred to a 3/4” video tape master that he used to make a handful of copies that circulated within a very small circle of tape collectors. According to Blue Underground’s press release, this workprint will be included in a Blu-ray/DVD combo pack along with a high-definition restoration of the feature. Working with Mariani and Madrid, Blue Underground is painstakingly restoring the film from the 35mm print as well as commissioning subtitles and working on a number of supplementary materials for the film’s release.

Here is the press release from Blue Underground in full:

(EMMANUELLE AND THE GUNFIGHTERS)

Blue Underground will be releasing a Limited Edition Blu-ray/DVD Combo Pack of the long-lost soft core Spaghetti Western EMMANUELLE Y LOS PISTOLEROS in early 2015. Featuring a brand-new 4K High Definition transfer from the only remaining 35mm print of the film in existence, along with a new Dolby Digital 5.1 mix, this release of EMMANUELLE Y LOS PISTOLEROS will be the definitive presentation of this incredible cult curiosity!

Recently discovered in an abandoned theater in Italy, the 35mm print of EMMANUELLE Y LOS PISTOLEROS is being painstakingly restored for its High Definition debut. Producer Mario Mariani has also provided Blue Underground with a 3/4” videotape copy of a workprint version of the film featuring some footage not in the completed print. A transfer of this workprint will be available as a special feature only in this special Limited Edition Blu-Ray/DVD Combo Release! Work is well underway for the film’s first translation into English for subtitling, and more special features will be announced closer to the film’s release.

“We are very proud to be presenting this film for the first time to a worldwide audience. I have seen it and can say that I can’t imagine anyone being disappointed by this film, despite its legendary reputation! I’m thrilled Blue Underground can finally share EMMANUELLE Y LOS PISTOLEROS with the fans who have kept its legend alive for all these years!” – Bill Lustig

The year: 1855, five years before the American Civil War. On the furthest reaches of the frontier of the American West, Madame McCobb (Rosalba Neri) is trying to establish a brothel in the lawless town of Black Canyon. After struggling desperately with the wild locals, McCobb sends for her old friend Emmanuelle (Laura Gemser) to make the perilous journey across the ocean with the best girls she can find. When Emmanuelle and her girls arrive in Black Canyon, they find themselves in the middle of a gunfighting competition in which the best and most vicious gunfighters on the frontier have gathered to win a $10,000 prize offered by the town’s iron-fisted mayor, Brady Saxon (George Hilton). After Saxon sends a group of gunfighters to attack Madame McCobb’s bordello to run her and the girls out of town, Emmanuelle enters the gunfighting tournament with one mission: revenge. 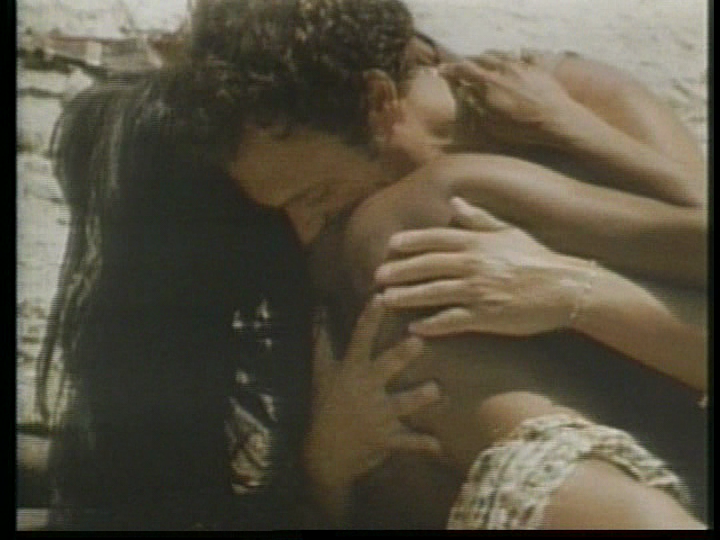 EMMANUELLE Y LOS PISTOLEROS was one of only two features directed by Diego Larràz, a virtually forgotten filmmaker and musician who also directed the lost giallo UNA CHIAVE DI GHIACCHIO IN UN CAMPO DI LILLA (A KEY OF ICE IN A FIELD OF LILACS) but is perhaps best known as working as second unit director on Giancarlo Santini’s notorious supernatural giallo THE EQUESTRIAN VORTEX (1976).