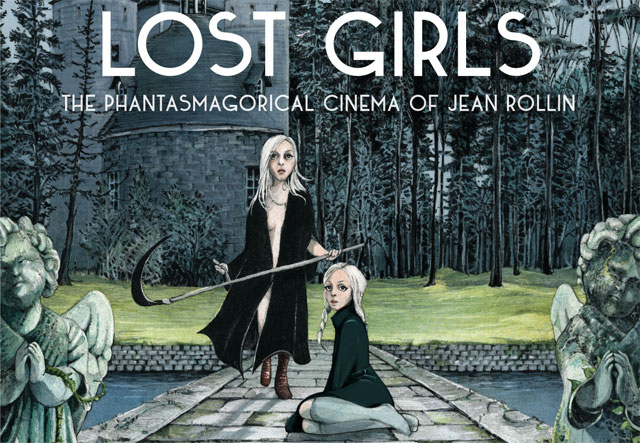 For decades, however, at home and abroad, Rollin was critically snubbed and largely ignored by all but the most enthusiastic gutter dwelling grindhouse pervs, considered little more than a peddler of typical Euro art-smut sexploitation. Because of the abundance of (mostly female) nudity, lesbian undertones and preference for genre storytelling, Rollin was relegated to the dirty sidelines of the exploitation market, and his decidedly dreamy, poetic bent and refusal to adhere to genre norms, coupled with his shoestring budgets, made people think he was an incompetent hack, to boot. That, of course, is not true — Rollin was a gifted filmmaker of distinct vision who often made the best of limited resources to make smart, strange films about women that also paid tribute to his influences, from poetry to classic-era serials to the beaches of France. A critical reevaluation has begun to take place and Rollin, who passed on in 2010, is now finding his posthumous due. 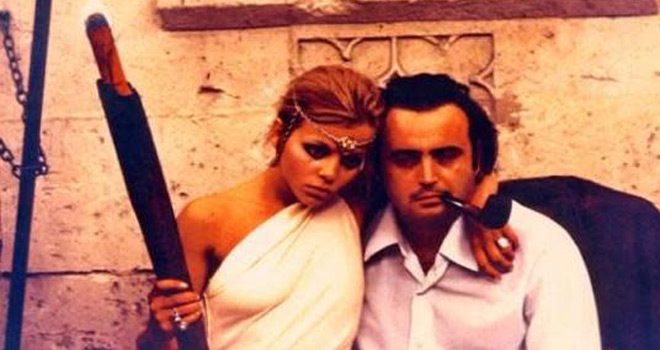 In her afterword to LOST GIRLS: THE PHANTASMAGORICAL CINEMA OF JEAN ROLLIN, esteemed horror journalist Kier-La Janisse, in her inimitable personal style,  traces the journey of Rollin’s evolution from critical punching bag to regarded auteur, via the work of people like Redemption Film’s founder Nigel Wingrove, writer Tim Lucas, and Janisse herself, who developed a friendship with rollin and his wife after arranging for them to attend film festival events in their honor later in his life. She also explains what Rollin’s films meant to her as a woman, how the prism of her experiences reflect a different view of the filmmaker’s film from her male colleagues. That’s why the Spectacular Optical owner jumped on the idea to publish LOST GIRLS, a retrospective of the filmmaker’s career entirely written and edited by women.

As Janisse points out, a lot of male writers — both those positive and negative on Rollin’s output — have a hard time getting past the sexuality and female nudity inherent in Rollin’s work to understand the deeper thematic implications of the man’s work. With that in mind, Janisse and editor Samm Deighan assembled a wealth of talent that has effectively plumbed and reassessed the entirety of Rollin’s output — from his best known titles to his hardcore XXX work to his final films — with intelligence, verve and complexity. The collective breadth of the work here shines a new light on the films, pointing out the deep focus on female relationships and denunciation of the patriarchy that percolates under the seemingly exploitative elements of Rollin’s oeuvre.

Indeed, as is pointed out many times in LOST GIRLS, the nudity was forced upon Rollin by producers hoping to cash in on the drive-in market. Rollin, a veteran of the French anarchist movement of the 1960s, and a man so in love with filmmaking that he was planning projects even on his deathbed, accepted every challenge and mandate that came his way just to bring his idiosyncratic personal visions to life. He clearly loved women and telling women’s stories, and his films often focused on deep friendships and bonds between pairs of women — bonds sometimes mistakenly regarded as lesbian fetishism due to the demands of the commercial marketplace. 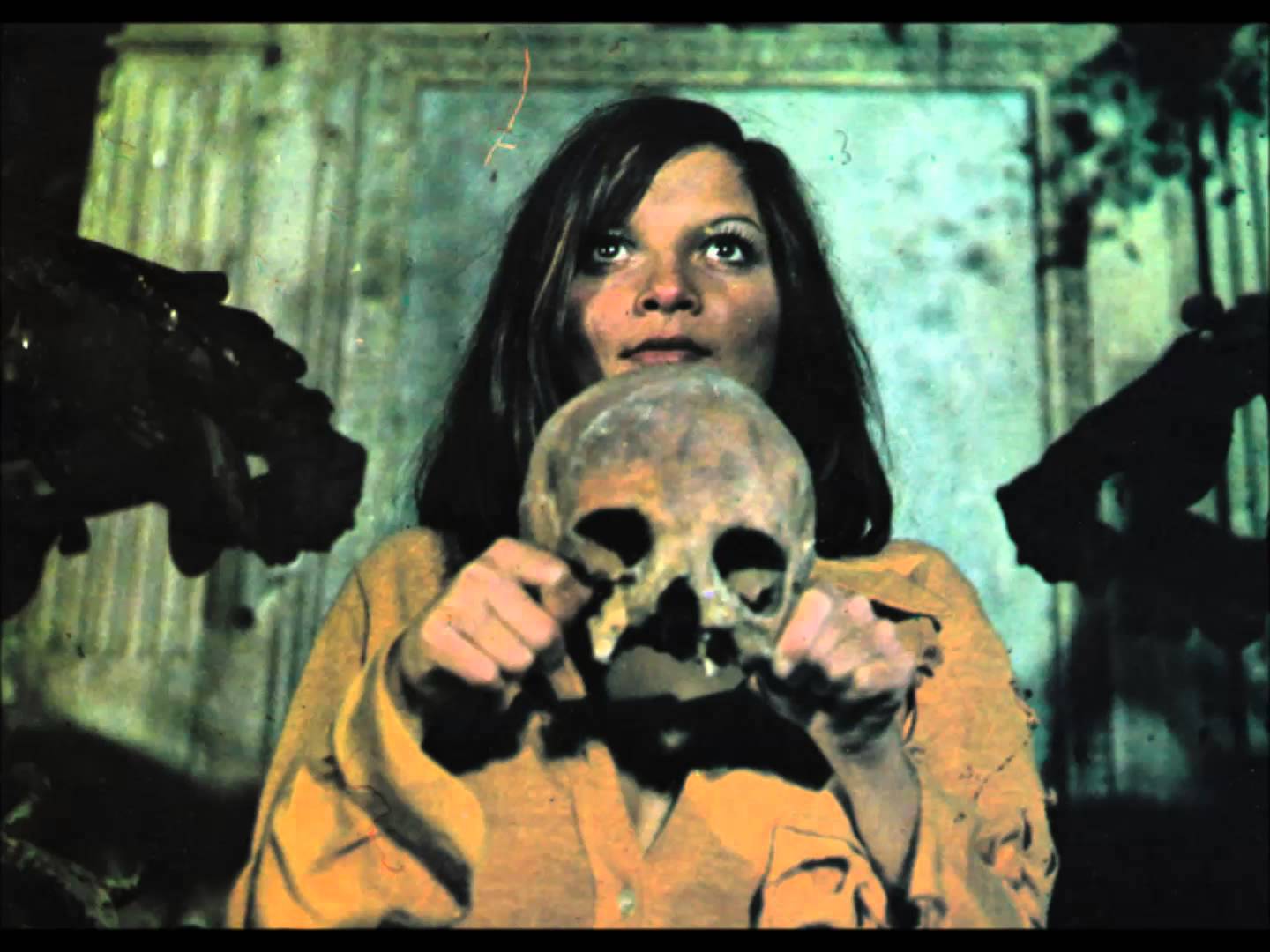 While not every chapter succeeds, as is often the case with anthological tomes such as this, the collective work involved makes LOST GIRLS a fascinating and engrossing read. ALL of Rollin’s get referenced and talked about at length at various points, not just the more obvious, better known titles that a lesser project might have focused on. And the authors — Gianna D’Emilio, Kat Ellinger, Alison Nastasi, Heather Drain, Alexandra Heller-Nicholas, Marcelline Block, Lisa Cunningham, Michelle Alexander, Virginie Selavy, Erin Miskell, Marcelle Parks, Rebecca Booth, and Deighan herself, alongside a foreward by Rollin’s IRON ROSE star Francoise Pascal — give us a wide and varied look at the various aspects that make up Rollin’s work, engaging in everything from the influence of poetry (particularly that of Tristan Corbiere) and fairy tales on the filmmaker, his exploration of disaster images in his zombie work, his usage of sexual assault (and revenge) narratives in his films, even to how Rollin’s love castles and old architecture metaphorically bring his stories to life.

Deighan ways in on how Rollin brought his own personal flair to even his most impersonal work for hire, as well as how he uses the vampire to showcase female liberation. D’Emilio relates his largely ignored, industrialized late ’80s efforts like KILLING CAR to the silent-era serial melodramas like TIH MINH, and how he subverts the racist, outdated tropes of those films. Many of the compelling essays within the book explore that ways his female characters interact with each other, and indeed, many of his films feature female characters paired and developing deep and sometimes tragic emotional attachments with each other in the face of cruel, abusive, and manipulative patriarchal tyranny.

Not all the essays work. There are a couple that are resolutely too academic (re: dry) to fully make the impact the authors no doubt hoped for. But that is almost always the case with essay collections like this. And they are a rarity, as the book is largely written with a clear and compelling assemblage of voices. As it is, LOST GIRLS as effectively introduced a whole new number of writers whose work is worthy to be followed. Indeed, this writer was not familiar with the work of anyone outside of the always fantastic Janisse and Heller-Nicholas. Deighan, the writers and Spectacular Optical have done a fantastic job deep-diving into Rollin, his life, career and thematic lifeblood of his work to bring a new appreciation to a filmmaker that was too little regarded in his own time. Whether you’re already a fan of Rollin, never seen a frame of his films before, or previously wrote him off as an incoherent hack,  then LOST GIRLS will nonetheless leave you with a lingering… fascination… with a misunderstood genius.

LOST GIRLS can be ordered here, and will make a great holiday present for the Rollin/vampire/art-horror enthusiasts you know.