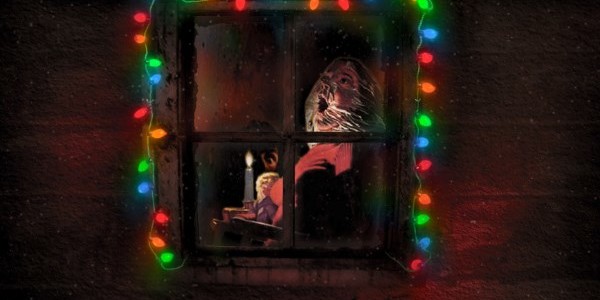 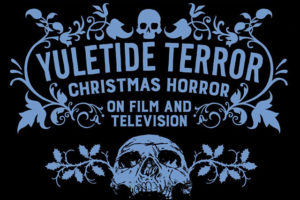 Canadian publishing imprint Spectacular Optical, created by esteemed genre journalist Kier-La Janisse, has, in just a few short years, carved out a place for itself in the crowded world of pop-cultural essays and guide books. Gathering together an assortment of talented writers, academics and journalists, the company fascinates by going down the rabbit hole with exhaustive, detailed deep-dives into cultural niches. Whether it be the Satanic Panic movement of the 1980s, kids’ television programming or the works of French surrealist filmmaker Jean Rollin, as interpreted through a feminist lens, the company finds a subject and attacks it thoroughly, from all sides, gathering its stable of writers to go over almost all aspects one could conceive of for each of it’s projects. With YULETIDE TERROR, Spectacular Optical turns its attention to a subject that has surprisingly gone unexplored given its popularity: Christmastime horror.

The holiday season may be a time for joy and togetherness, with people all over basking in the warmth of merriment and families, but it has also long held a fascination for those with macabre spirits. The gloomy iciness of the bitter cold winter casts a pall on the twinkling of Christmas lights, the fervid, angry commercialism of the season’s secular celebrations undercuts the sentimental aspects ostensibly championed. A Christian holiday is rampant with stolen pagan symbolism and the loneliness and isolation of Christmas becomes suffocating (this is the time of the  year when most suicides happen.)

Thus, it’s only natural for the horror-inclined to glom onto the season’s hidden darkness. Many a horror film — and TV show and story — has perverted the innocent symbols of Christmas: slaughter-hungry Santas turn white snow blood-red, monstrous elves deck the halls with boughs of gory, ghosts haunt miserly old men and even Frosty gives in to his own murderous rage. 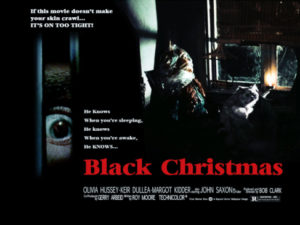 Christmas horror has proven popular with audiences — if sometimes controversial. Horror fans are, for all their idiosyncrasies and rebellious natures, a tradition driven lot, and many will celebrate the holidays with their favorite seasonally appropriate lumps of coal: SILENT NIGHT, DEADLY NIGHT; GREMLINS; BLACK CHRISTMAS and so on. YULETIDE TERROR looks at  some of these films and drills further, exploring the Gothic undercurrents of Charles Dickens’s original “A Christmas Carol” (which has long since been sentimentalized by maudlin filmmakers), the British history of equating ghost stories with Christmas, and exploring the rise of the hideous holiday goatman, Krampus.

A murderer’s row of talent has been assembled by Janisse and co-editor Paul Corupe (himself a veteran of Rue Morgue magazine.) Ex-Fangoria legend Michael Gingold, Screen Anarchy’s David Canfield, current Rue Morgue EIC Andrea Subissati, trash film guru Zack Carlson and more contribute a solid collection of varied essays and interviews with folks associated with classic Xmas horror films (some not so classic ones too — ELVES director Jeff Mandel is given opportunity to go into full detail about his bizarre, lovably hokey monster movie.) 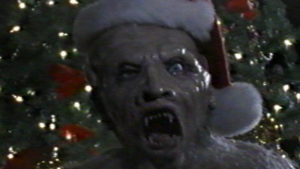 The book naturally starts with the grandmommy of all Xmas horror films — BLACK CHRISTMAS — with Stephen Thrower appraising the film’s chilly terror. The controversy and protests that met the violent killer Claus flick SILENT NIGHT, DEADLY NIGHT gets its own chapter, followed by an interview with Gilmer McCormick, one of the film’s supporting stars. Lewis Jackson recounts making John Waters’s favorite holiday film, CHRISTMAS EVIL, while televised horror — including the classic TALES FROM THE CRYPT episode “And All Through the House” — gets its own chapter. 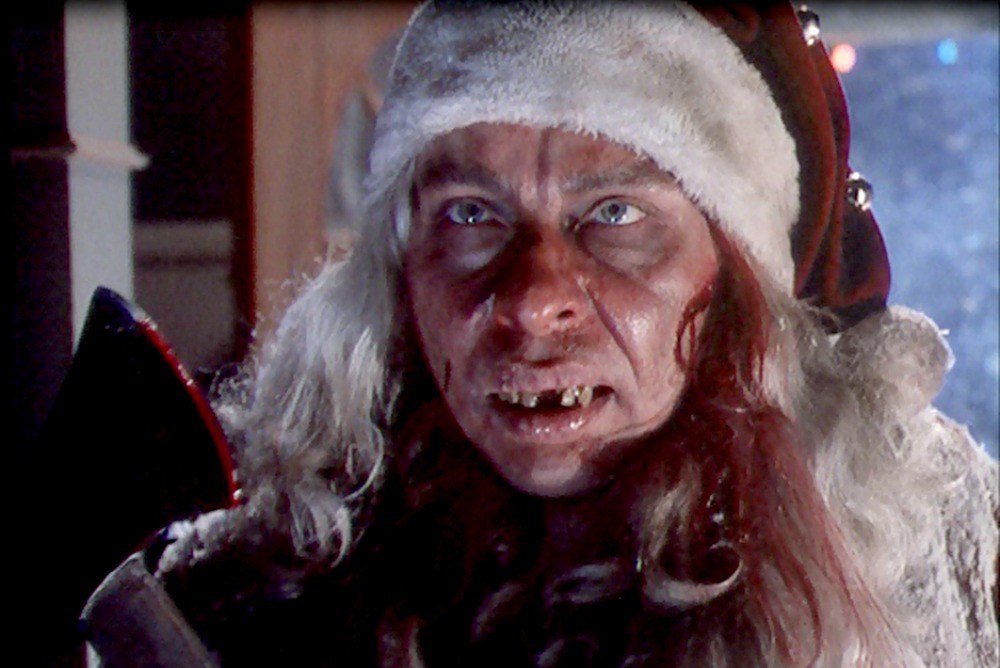 Many chapters, actually, as the book also delves into the BBC’s A GHOST STORY FOR CHRISTMAS program, with gave annual showings of creeping, terrifying ghost tales — often adapted from the works of M.R. James — throughout the 70s. And this is where the works of Spectacular Optical shine, by exploring subjects that may not be known to genre fans. Sure, most of us know the SILENT NIGHT controversy, but do we all know the details of it, or just the broader aspects? I certainly didn’t know about A GHOST STORY FOR CHRISTMAS, not until I read YULETIDE TERROR. And that is why Spectacular Optical’s books are must haves for any genre fan. The flaws in them — which mostly accrue to a handful of noticeable spelling and typographical errors, maybe an occasionally clunky chapter or two — are so few and far between that one is keen to forgive them in favor of the breathless intelligence and passion that underline their works. Once again, Janisse and company have made a work that is required reading for any student of the genre. 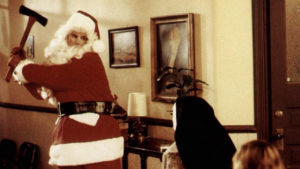 You can order a copy of YULETIDE TERROR from Spectacular Optical here. And click here for McBeardo’s interview with Kier-La Janisse!