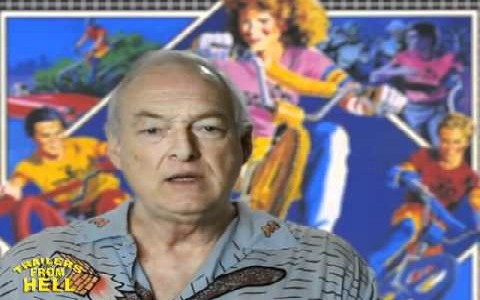 The name “Brian Trenchard-Smith” may not be a big one to mainstream filmgoers, but DG fans know him as the Orson Welles of Ozploitation, as the British director has helmed some of he greatest Australian-lensed exploitation flicks ever made, including STUNT ROCK, ESCAPE 2000, DEAD END DRIVE-IN and DEATHCHEATERS before moving into becoming a sequel master with the likes of LEPRECHAUN 4: IN SPACE and the rapturesploitation pic MEGIDDO: OMEGA CODE 2.

Trenchard-Smith’s presence has been missed in recent years, but that should change with the production of HARD DRIVE, which begins filming this week in Australia’s Gold Coast. In the film, John Cusack plays a thief who hooks up with getaway driver Thomas Jane for a heist which, this being a movie, goes terribly wrong. It’s great to see Trenchard-Smith behind the camera again, and working with a big name cast like Cusack and Jane should only enhance his reputation among exploitation fans.

We’ll keep you up date as we learn more! In the mean time, here’s a trailer for DEAD END DRIVE-IN, recently issued on Blu-Ray from Arrow!