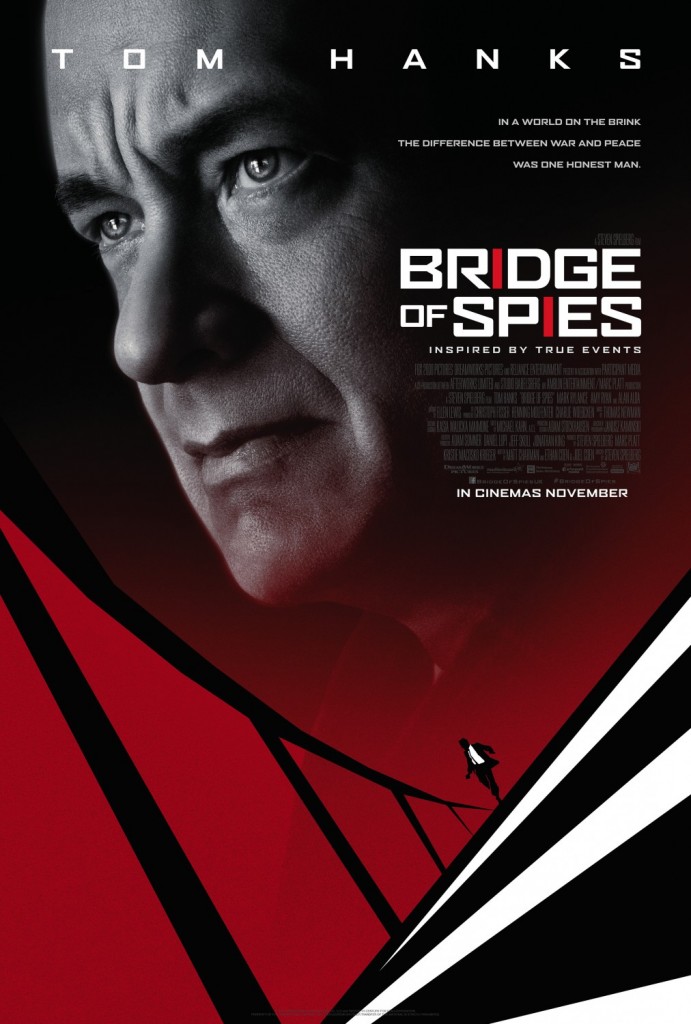 Steven Spielberg is a master of his craft, and BRIDGE OF SPIES is another slice of superbly directed, crowd-pleasing Hollywood fare from the bearded one. It’s also a subtle meditation on what justice, righteousness, and being an American mean. 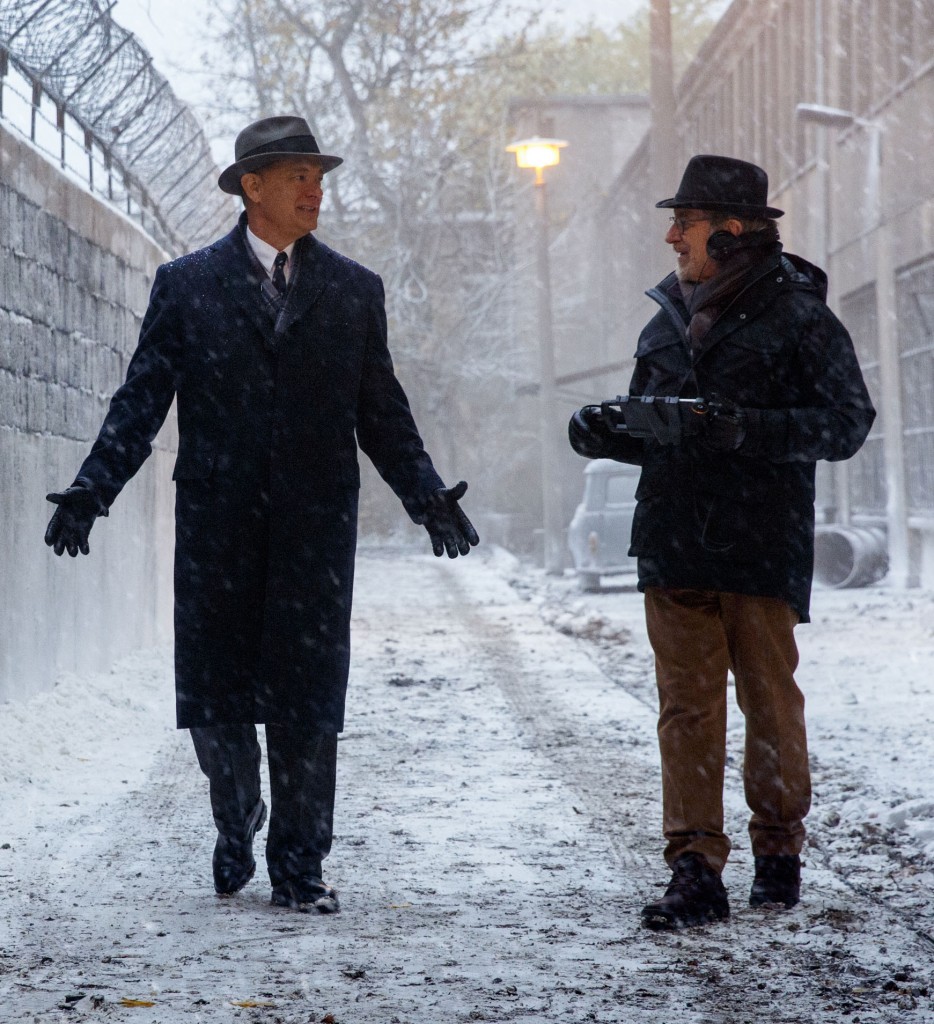 BRIDGE OF SPIES is told through the eyes of Tom Hanks’ James Donovan, a slick, Brooklyn insurance lawyer who is tasked with helping his country by providing legal counsel for a suspected Soviet spy — Mark Rylance as Rudolf Abel — in U.S. custody. The plan is to show that in America, everyone gets a fair trial, but when Donovan actually begins defending his client instead of simply following orders for the good of the country, his friends and what would appear to be most of the American public turn on him. How could this man defend a Soviet spy who’s been putting our boys in harm’s way? Donovan becomes friendly with his client, and lobbies to get Abel jail time in lieu of execution, stating that one day the U.S. may need to exchange his client for a U.S. soldier caught for doing the same thing, and that’s exactly what happens. 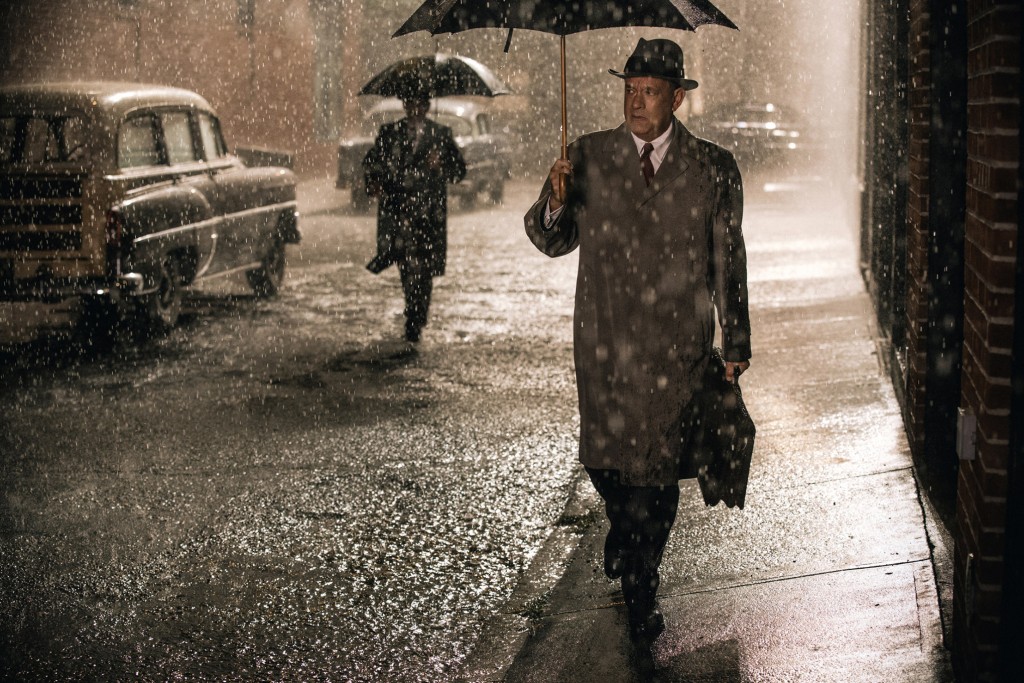 While BRIDGE OF SPIES is set during the Cold War in 1957, it brings up several notions about the difference between jingoism and patriotism. Hanks’ character is villainized by the American public when he doesn’t follow marching orders marching orders from the U.S. government. BRIDGE OF SPIES subtly attacks those who hide behind the Constitution while at the same time choosing to not understand what the document actually means and says.  Donovan believes that everyone deserves a fair trial, and by embodying what makes America greater than Russia, he is sneered at by Americans falling into the same mentality of Soviet officials; that everyone must fall in line. This is a very real problem in politics today. The hive-mind mentality against a certain group of people that can be disguised as patriotism feels very real, while the nuclear war propaganda of 1957 doesn’t feel so far off from what Fox News is peddling to their viewers in 2015. 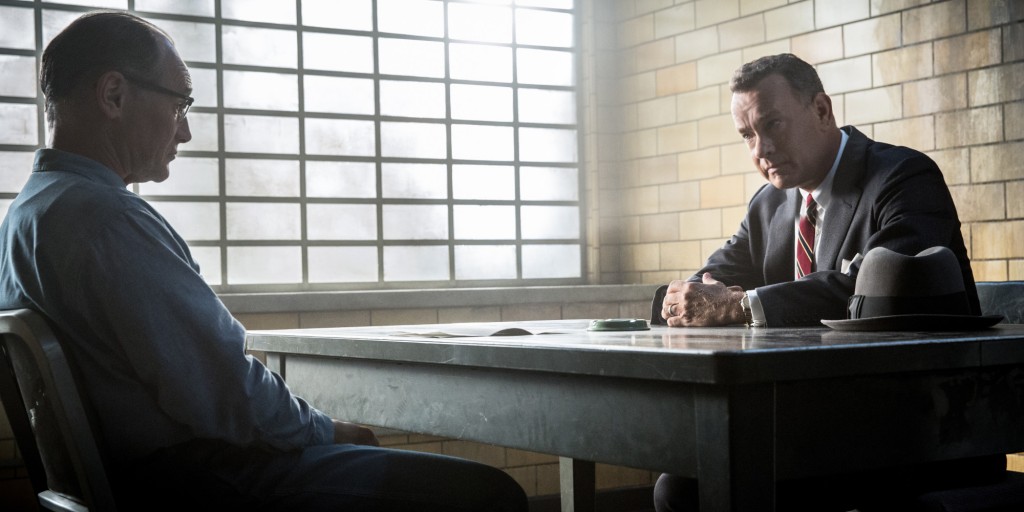 Of course, for all the gravitas and heaviness of the material, Spielberg is a master of handling things with just a light enough touch. His direction of the imminently likeable Tom Hanks provides certain levity to the proceedings, Donovan is perpetually joking that he just wants to do his job and get home. The relationship between Donovan and Abel comes off as natural, and provides some stand out moments of comic relief. This is no doubt due to the wry script by Matt Charmon and the Coen brothers. Much like the best Coen Brothers screenplays, BRIDGE OF SPIES is quite subversive; a slick spy thriller/courtroom drama on its surface, with sharp satire of politics just bubbling underneath. The film is quite tense when it needs to be, but where Spielberg seems to shine better than any other filmmaker working today is in the scenes with Donovan and his family. The relationship between Donovan and his wife Mary (Amy Ryan), as well as his three children, is told in broad strokes but has that intangible Spielberg touch that just makes the dynamic feel real. In a sense, it sells Donovan on his mission, which at its heart is to get home after putting things right. The film also looks great — Spielberg’s eye captures the Norman Rockwell America of 1957 and contrasts it with the stark, coldness of Berlin. 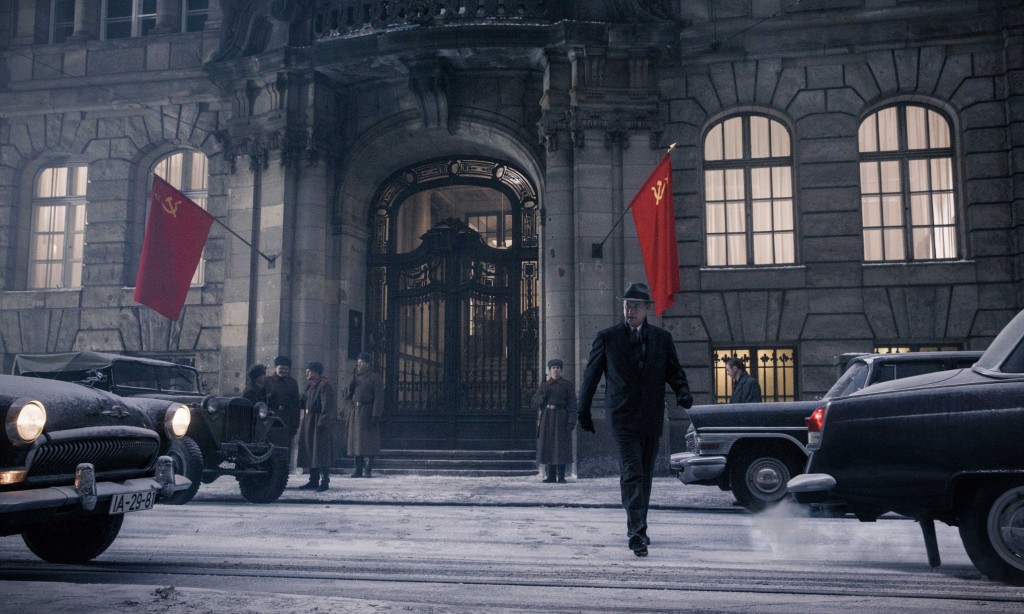 BRIDGE OF SPIES is masterful filmmaking — with a slight whiff of Oscar bait — and overall it’s very, very good. It’s a nice mix of gravitas, humor, and classic storytelling from a man who really knows how to do it right.