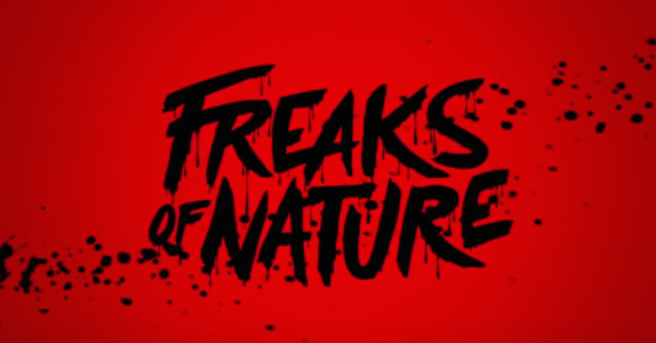 This is a weird story. FREAKS OF NATURE started life as a script called KITCHEN SINK, which I remember reading about a couple years ago. Throwing human teenagers, vampires, and zombies into an uneasy alliance in an alien invasion story sounds like the kind of thing that’s such a slam-dunk you almost can’t do it — it’s so obviously high-concept that even the Hollywood machine would have to feel ashamed of itself for making it. But I liked (and envied) the humor in the titleKITCHEN SINK, and it was a very popular script when it made the rounds. It almost got produced a couple different ways. Now here it is, seemingly all of the sudden.

The trailer just caught my attention today, which is odd, because this looks like a broad-appeal sort of deal. The lead kids are a living human, a vampire, and a zombie, and the rest of the cast is stuffed with ringers like Patton Oswalt, Bob Odenkirk, Vanessa Hudgens, Denis Leary, Keegan-Michael Key, Cerina Vincent, the great Pat Healy, Ian Roberts, and Joan Cusack. That’s the kind of cast you don’t just walk past whistling. You’ve got to stop and see what they’re doing. And the trailer is energetic and funny. Shot by ace cinematographer Uta Briesewitz, it looks like it cost a hundred times as much as it probably did. If the finished film delivers on the promise of this trailer, there’s little reason I can see to believe it couldn’t be a hit.

So why are we only hearing about this two weeks before it hits theaters? It’s a weird mystery.

Anyway, the movie is coming out in limited release on October 30th. Good luck finding it! 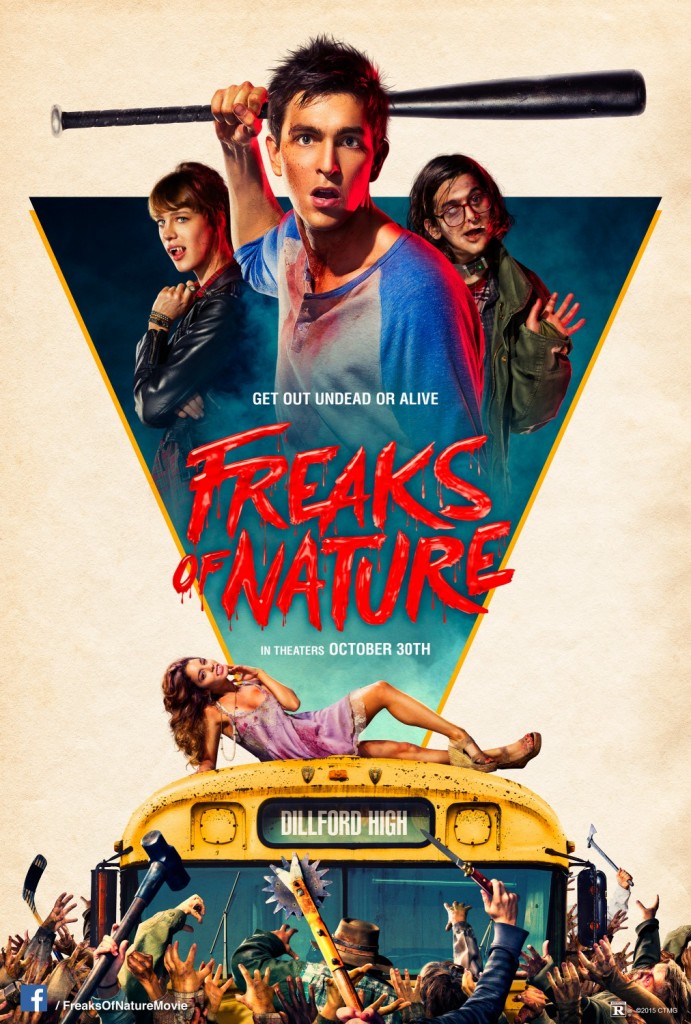