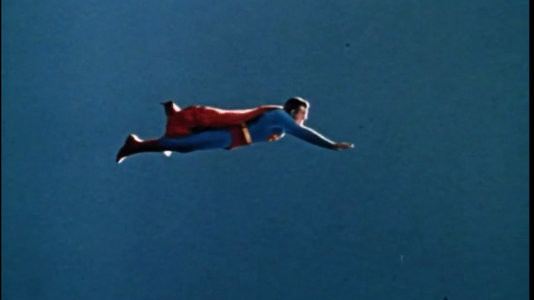 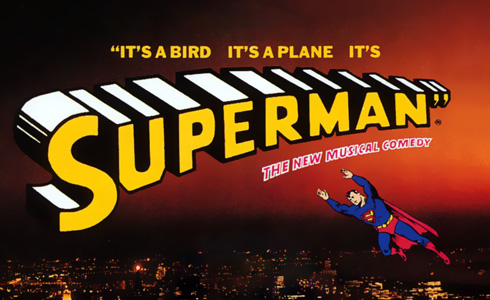 Wow. Those 20 months since my last Bump and Grindhouse just flew by, didn’t they?

No, it’s not great. It’s not even that good. Okay, so it’s terrible. The sets are cheap, the costumes are from at least three different decades,  the plot is a mess, the choreography doesn’t go with the music, and they reduce Lois Lane to an empty-headed “spunky girl reporter.” But it’s campy fun and it made me laugh. What more do you want from a musical? Aside from quality?

The movie is based on the Broadway musical, “IT’S A BIRD… IT’S A PLANE… IT’S SUPERMAN,”[the quotation marks are part of the title] which opened in March of 1966 and closed four months later. The musical was problematic for a lot of reasons, the biggest being the structure of the piece itself. Jack Cassidy was the top-billed star of the Broadway show, and a top-billed star has to have enough material to justify his leading man status (and salary). Fair enough. Except that Jack Cassidy wasn’t playing Superman. He was playing Max Mencken, a Walter Winchell-like theatrical gossip columnist for the Daily Planet. And when you have to write a leading man’s amount of material for a secondary character, your show becomes unbalanced. 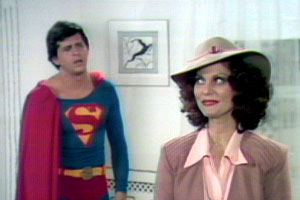 And here’s how unbalanced it gets: Columnist Max Mencken (Kenneth Mars) loves reporter Lois Lane (Lesley Ann Warren), but she is in love with Superman. Her fellow reporter, Clark Kent, loves Lois and secretly is Superman, but she barely knows Clark exists. Sydney Carlton (Loretta Swit), Max’s gal Friday, loves Max, but then so does Max, even more than he loves Lois. Max hates Superman for some reason, so he teams up with Dr. Abner Sedgwick (David Wayne), who wants to kill Superman so he can take over the world and obliterate Sweden, in revenge for never awarding him the Nobel Prize, having named him runner-up ten times. Also there’s gangsters (including Harvey Lembeck and Al Molinaro).

And you thought BATMAN VS. SUPERMAN didn’t make any sense. 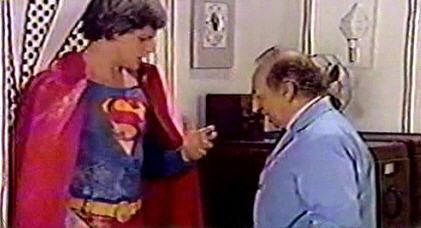 Romeo Muller adapted the Broadway script for television. Muller was hardly a hack, having written Rudolph the Red-Nosed Reindeer, Frosty the Snowman, and pretty much every other non-Peanuts TV special of the 1970s. But Muller still didn’t make Superman the center of the story. The TV movie more or less followed the structure of the musical, with Kenneth Mars getting top billing as Max. It still plays like Max’s show.

Mars isn’t bad in the role, but he doesn’t have the charisma needed to make the self-centered Max likable. And he can’t dance. The rest of the cast does what they can with what their given. Lesley Ann Warren is a terrific musical actress, and she puts over her songs very well, but Lois is written as a dumb blond (with red hair). There’s no character here for her to play. David Wilson fares much better as Clark Kent/Superman. He sings well, looks good in tights, and plays the camp with a straight face. I think he’s the only person in the cast who actually understood the tone of the piece. David Wayne leaves no bit of scenery unchewed, which, as a mad scientist, is exactly as it should be. Loretta Swit actually comes off best here, despite having almost nothing to do with the plot. She gets two of the score’s best songs, and does marvelously by them.

The score is by the Tony- and Emmy-Award team of composer Charles Strouse and lyricist Lee Adams, who contributed a new song, “It’s a Swell Country.” The songs are all pretty nifty, with one semi-semi-standard in “You’ve Got Possibilities” (performed here by Swit). But the arrangements used in the movie are awful, and make everything sound worse than it actually is. The new arrangements seem to have been created to make the songs sound more up-to-date, but it’s no more effective than adding an electric guitar to the theme song for the third season of The Patty Duke Show. 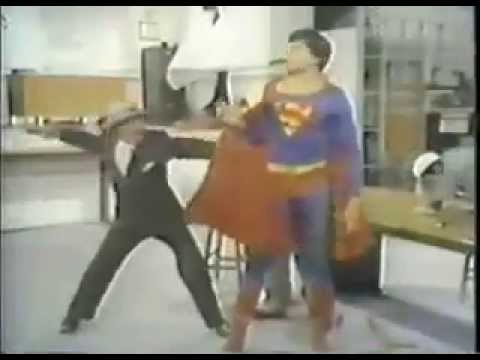 There are some good things in IT’S A BIRD… IT’S A PLANE… IT’S SUPERMAN. The whole thing is intentionally campy, and occasionally the intentional camp outshines its unintentional twin cousin. I can’t completely dismiss a movie with a line like, “Remember that the $20 million death ray the Metropolis Institute of Technology  built to prevent student uprisings?” There are enough bits like that (and the occasional sight gag) to make it worth watching.

Incidentally, the Broadway script was by David Newman and Robert Benton, who held on to the property, wrote themselves a screenplay and SUPERMAN was released in 1978. Leslie Ann Warren auditioned to play Lois Lane. She didn’t get the part. 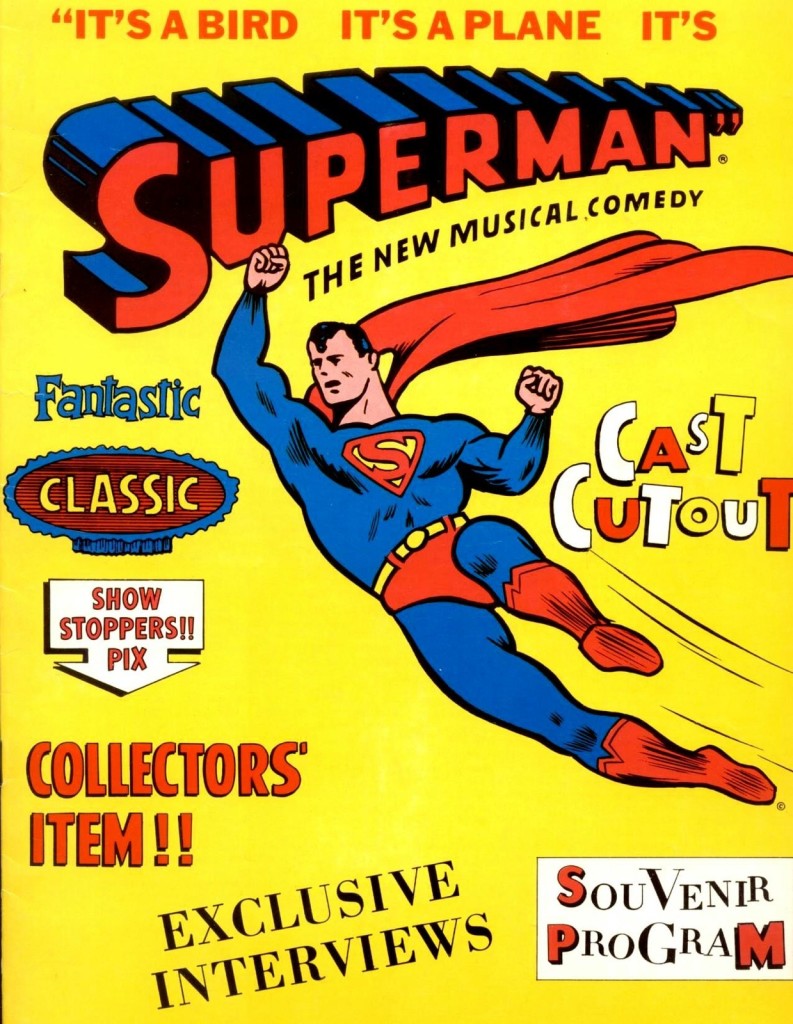