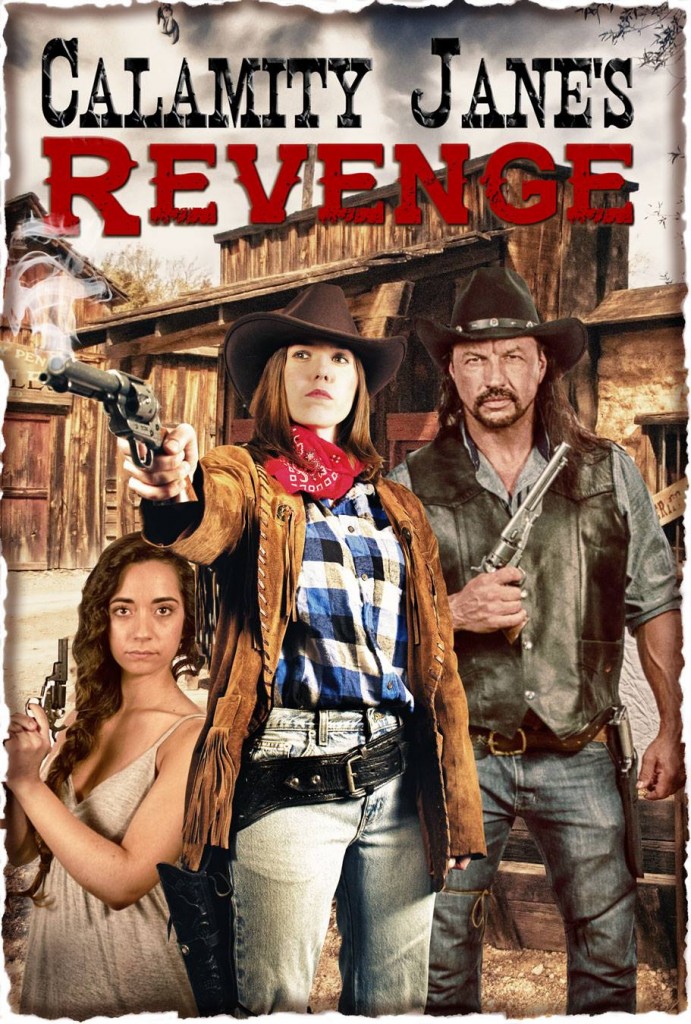 Ohio-based filmmaker Henrique Couto has been very busy the last few years, knocking out multiple feature projects a year and dabbling in different genres with his regular collaborators. Most of his work as of late has been comedy or horror, but this year Couto made a move into a genre that would have been difficult for anyone to predict: CALAMITY JANE’S REVENGE is Couto’s first Western. What’s maybe even more surprising is that other than some implied violence, this is Couto’s most family-friendly film since A BULLDOG FOR CHRISTMAS. 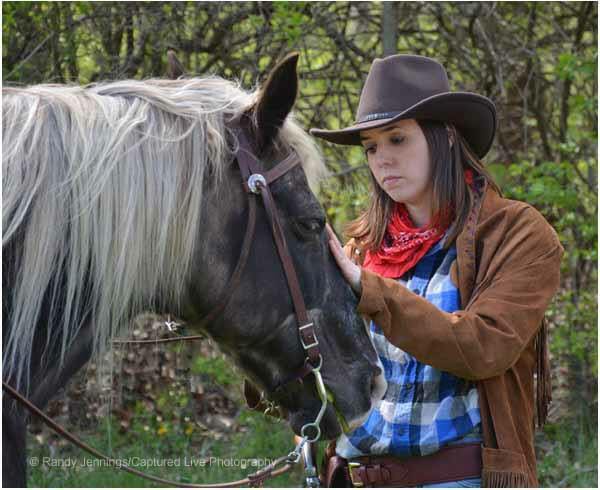 Calamity Jane (Couto regular Erin R. Ryan) is roaming the Wild West, searching for the men who planned the murder of her husband “Wild Bill” Hickok (Joe Kidd, heavily moustachioed). While she tracks down the killers, she is in turn being tracked by Colorado Charlie Utter (former pro wrestler Al Snow) and the new sheriff of Deadwood. One of the men Jane is tracking has kidnapped two women, Pilar (Joni Durian, another Couto regular) and Fay (newcomer Julia Gomez). Pilar continues on her journey after Jane rescues them, but newly-widowed Fay joins Jane on her quest for vengeance and tries to temper Jane’s thirst for revenge before it consumes her. But now, hot on the trail of her last few targets, will it be too late for Jane to return to a normal life? 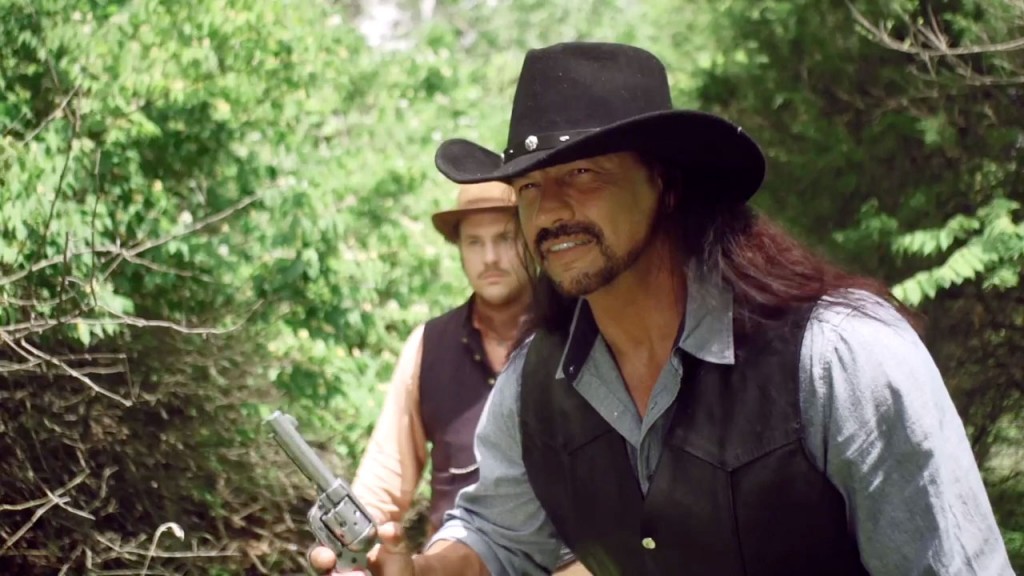 Aside from an opening shootout in the ruins of a town standing in for Deadwood, most of CALAMITY JANE’S REVENGE takes place in the wilderness. The heavy smoke of the gunplay in that opening scene goes a long way toward establishing a sense of period, and keeping the action mostly confined to woods is a cheap and effective solution for maintaining that illusion. Couto has repeatedly proven that he knows his way around tiny budgets, and CALAMITY JANE’S REVENGE is one of the best showcases yet of his ability to make maximum use of his resources. Canny use of horses and other minimal period signifiers go a long way toward excusing the rare occasions when something anachronistic inevitably pops up in the background. The film’s light tone and likable cast prevent those things from being too much of a distraction. 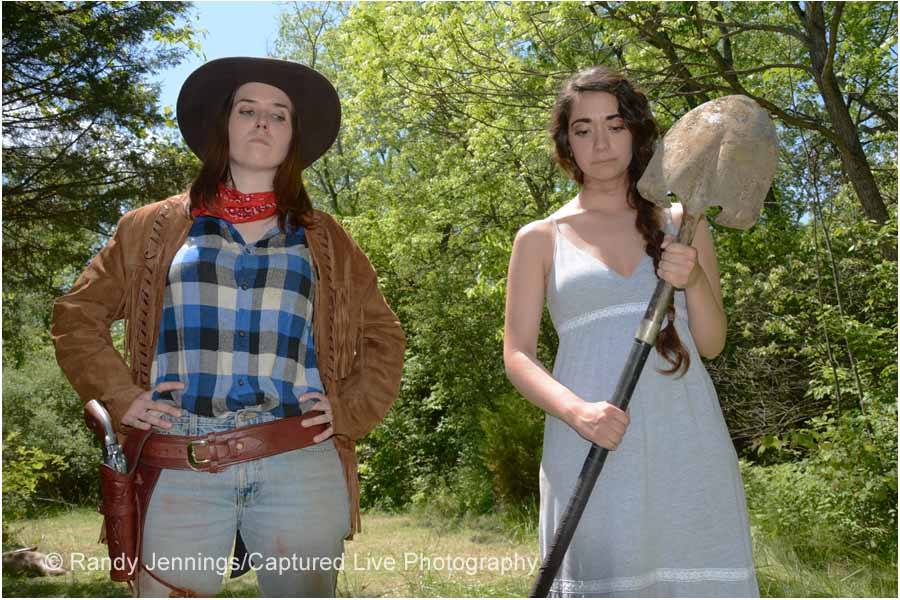 Erin R. Ryan turns in a typically solid performance in the lead, convincingly making Jane both tough and vulnerable. Julia Gomez, in her acting debut, is also very good as Fay, the skittish “tenderfoot” who provides a compassionate foil to Jane’s fiery temper. As probably the most experienced entertainer in any of Couto’s films to date, Al Snow has an easy charm that makes his scenes a lot of fun. Joni Durian has a much smaller role than in some of her previous work with Couto, but she makes her character memorable in her brief screen time. The rest of the cast is pretty good across the board, and everyone seems to be having a good time.
That sense of fun is infectious, as is the ambition of trying to make a Western in Ohio on a micro budget. There are some issues inherent in making such a movie on such a tiny budget–an over reliance on stock footage to establish the passing of time and some minor sound issues are the most glaring–but depending on your taste for independent cinema, some of that may well add to the film’s slightly rough-hewn charm. Perhaps the main problem with the movie is its languid pacing, although it makes sense that something like this would move slower than, say, a slasher flick. Despite its technical shortcomings, it still looks better than a lot of movies that probably cost a lot more to make. Even better, Couto and screenwriter John Oak Dalton put a lot of care toward building worthwhile characters, and the likable cast does a good job of fleshing them out.
CALAMITY JANE’S REVENGE is a unique independent feature, an old-fashioned style Western that’s a lot of fun and well worth seeking out. The film is premiering Friday, September 25th at the By-Jo Theatre in Germantown, Ohio (here’s the Facebook event page) and is available to preorder in a limited edition Blu-ray/DVD combo set through Storenvy (click here for the link). Stay tuned to the official movie Facebook page for details on further screenings and for the home video/VOD release!