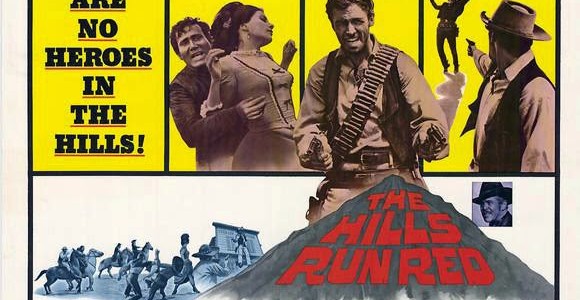 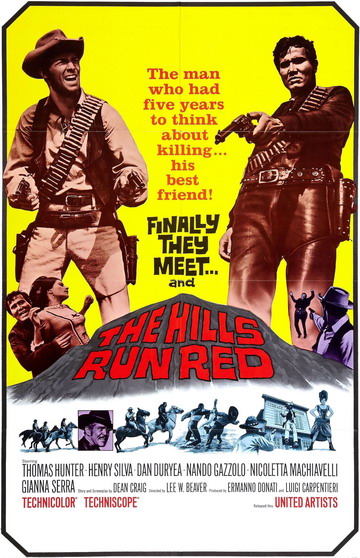 In hindsight, THE HILLS RUN RED — now a year away from celebrating its fiftieth year of existence — looks more like the title for a horror movie than for a Western. It might make you think of THE HILLS HAVE EYES. It might even make you think of THE HILLS RUN RED, a lesser-known and more recent slasher flick which may or may not have taken the inspiration. But in this case, THE HILLS RUN RED is a 1966 “spaghetti” Western, one that came very near the beginning of the onslaught of foreign-made action films about the American West, probably the most incongruous of all genres and therefore maybe my single favorite. 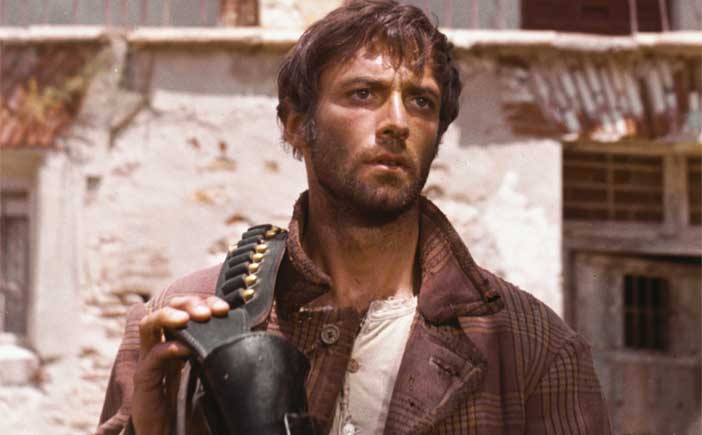 It isn’t immediately clear which was the first “spaghetti” Western, or when exactly it was released. It wasn’t A FISTFUL OF DOLLARS, although the success of that one essentially ignited the entire movement, along with establishing the template, solidified by 1965’s FOR A FEW DOLLARS MORE. In “spaghetti” Westerns, the heroes were overall more ambiguously heroic, the villains were far more vicious, and the action more explicitly violent than any Hollywood Westerns not made by Sam Peckinpah. Sometimes the hero is helped by a veteran killer (played in THE HILLS RUN RED by Dan Duryea), sometimes he has a comedy sidekick, and sometimes he has to go it alone. By 1966 there were a few dozen “spaghetti” Westerns – the most significant entries from that year were Sergio Leone’s THE GOOD THE BAD & THE UGLY, Sergio Corbucci’s DJANGO, and arguably Damiano Damiani’s A BULLET FOR THE GENERAL. Most aficionados don’t rank THE HILLS RUN RED as highly, which is probably fair.

But I’m into THE HILLS RUN RED for several reasons. If director Carlo Lizzani doesn’t have the bombastic visuals and controlled compositions of a Sergio Leone (because no one does!), there’s still a pretty great Ennio Morricone score – arguably not his finest, but one of his very many pleasurable ones. If the violence isn’t quite as horrific and wince-inducing as you’ll find in a Corbucci Western, it’s still fairly intense when it comes – screenwriter Piero Regnoli wrote as many horror movies as anything (NIGHTMARE CITY, the sorta-zombie epic with pivotal aerobics scenes, is one of his).

And if putative star Thomas Hunter doesn’t quite have the charisma of a Clint Eastwood or a Franco Nero, there’s always supreme wackadoo Henry Silva as the villainous “Mendez” – he’s Lee Van Cleef if Lee Van Cleef had been a total weirdo. It’s one of the strangest, most enjoyable performances the genre ever produced, and apparently it made Silva’s name overseas, leading to a lucrative overseas career that found him anchoring crime films with unsurpassed kookiness. 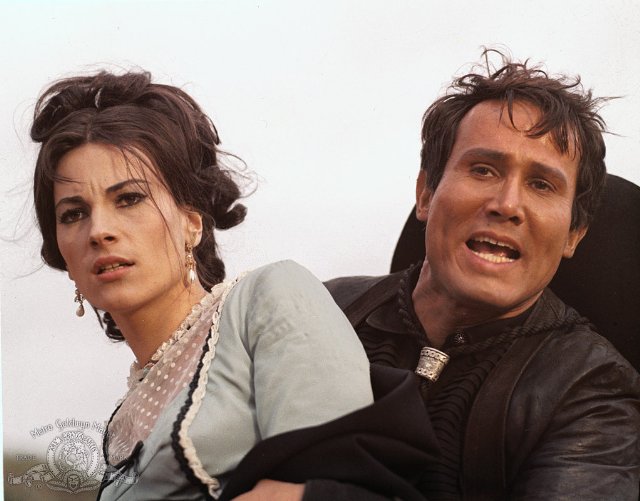 Lastly, I like THE HILLS RUN RED because it has the one thing even the Leone/Eastwood trio of films don’t – a compelling female lead. Nicoletta Machiavelli (great name) didn’t make a whole lot of movies, and you can probably only see her in Corbucci’s NAVAJO JOE and in an uncredited cameo in Sergio Sollima’s FACE TO FACE, but she’ll stay with you. For my money she’s one of the three most gorgeous women ever to appear in a “spaghetti” Western, and while unfortunately women didn’t usually get enough to do in Westerns and this is not really an exception, she has an intriguing sadness to her. You don’t often get the sense – in any action movie of any era – that anyone is particularly affected by the carnage they’ve witnessed, but she provides that here. If only movies had seen more of her. 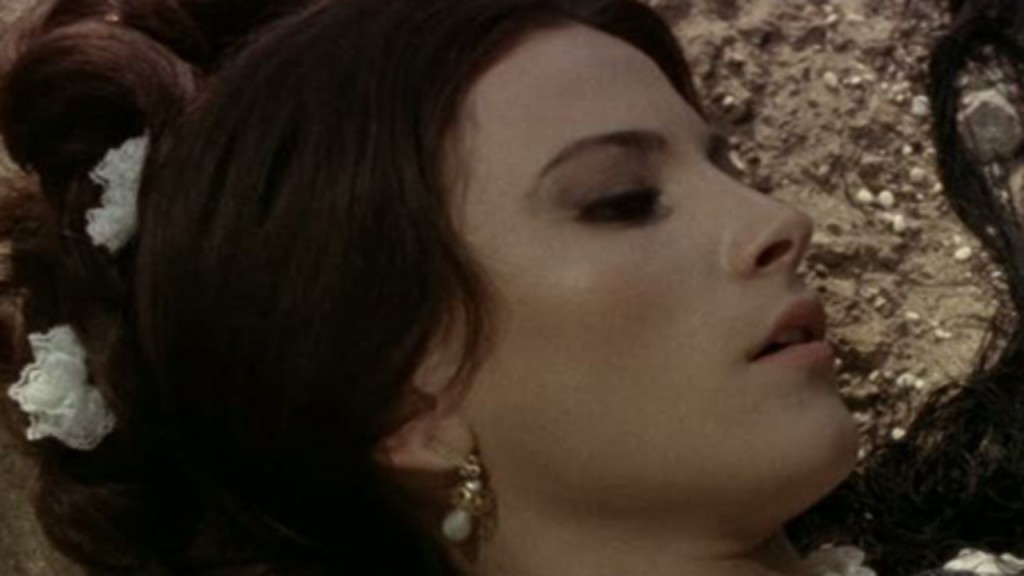