In my previous column, I detailed the complex story of Mothman, the men in black, and the tragedy in Point Pleasant, West Virginia as told in the 2002 film THE MOTHMAN PROPHECIES. Mothman is more than just, well, a moth-man and is a symbol of high strangeness. Such a story is difficult to translate on screen as most of the concepts around this cryptid are so theoretical and about the inability to even comprehend its existence. Still, the 2010 film MOTHMAN tries to create its own version of the monster, though it hits quite a few stumbling blocks.

Originally airing on SyFy on April 24, 2010, MOTHMAN takes place in Point Pleasant, West Virginia ten years after a group of friends witnessed the death of one of their younger brothers. Instead of taking responsibility for their role in his death, they decide to cover it up. But they can’t escape the consequences of their actions as Mothman seeks vengeance and justice on the wrongdoers. Yes, in MOTHMAN, our cryptid friend is a justice-seeking creature who hunts criminals through reflective surfaces. Director Sheldon Wilson (THE NIGHT BEFORE HALLOWEEN) tries to create a unique spin on the urban legend, but ultimately forgets the core of Mothman’s origin story; it has never been about gore, but about mystery. Still, while MOTHMAN stumbles in its storytelling, it does utilize a few important facts about the town of Point Pleasant in weaving its tale of an angry creature. 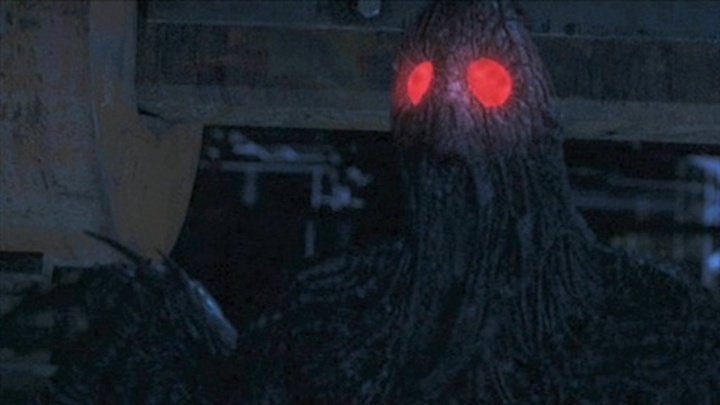 In establishing the mythos of MOTHMAN, resident grouch Frank Waverly (Jerry Leggio, HUSH…HUSH, SWEET CHARLOTTE) explains Point Pleasant’s bloody history and its curse, both of which are based on actual events that unfolded in the 1700s. In 1774, the Battle of Point Pleasant broke out along the Ohio River, close to the modern day town. The battle, part of the Dunmore War, was between white Virginians and the Shawnee and Mingo tribes over control of the land. The white colonists, per usual, wanted more of the Ohio River Valley, and the two tribes wanted to stop them from encroaching on more of their land. Shawnee Chief Hokoleskwa, or Cornstalk, led his tribe against the colonists. Unfortunately, guns were on the Virginians’ side and they defeated Cornstalk’s forces.

Three years pass, and Cornstalk tries to maintain peace between his tribe and Virginians in order to avoid any more bloodshed. However, white people continue to prove they cannot be trusted. In 1777, he travels to Fort Randolph, built in Point Pleasant, for a diplomatic visit. However, he was taken prisoner and eventually murdered by colonists. They betray the tenuous trust of the local tribes and kill their leader.

It is said that before his death, Cornstalk conjured a great spirit to curse the land. Now, centuries later, some still believe in the curse, supported by numerous tragedies in and around the town. Floods have destroyed buildings, planes have crashed, bridges have collapsed, all which could point towards a curse for the superstitious. Or, they are all just tragic occurrences that are destined to happen if you live in one place long enough.

However, where Frank’s story vastly deviates from history is when he describes how Cornstalk’s rage-filled spirit became Mothman. Not only is this inaccurate to the lore of the actual Mothman, it is horribly exploitative of the atrocities that the Shawnee and Mingo tribes faced at the hands of white settlers. The rage and anger felt by these people is being translated into something evil, something supernatural. It does not honor the town’s history, but instead sensationalizes it at the expense of the tribes that lived on this land first. 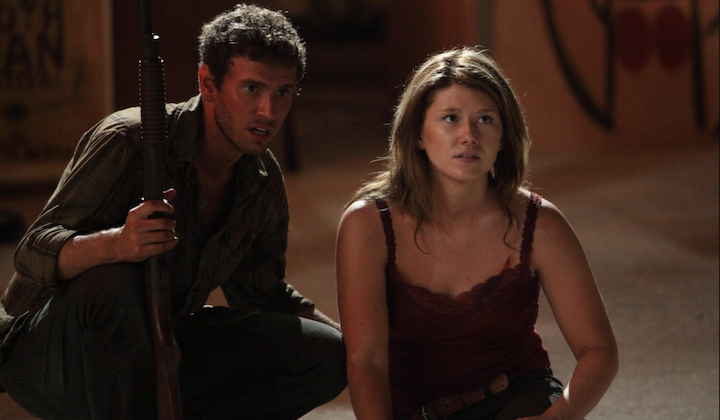 That rage is turned literally monstrous, a manifestation of trauma that is ultimately evil and must be defeated. While there is a legend around such a curse, MOTHMAN sensationalizes it for entertainment value. It is another instance of American Indian beliefs and trauma being used to titillate audiences rather than used to educate them about that history.

In describing the film’s curse, the fictional version of Cornstalk’s eyes turn bright red, which offers a strange explanation for Mothman’s iconic red eyes. While artistic renderings and interpretations of Mothman vary from horrifying to adorable, the one constant is the creatures big, round, red eyes that glimmer in the darkness. His eyes, while visually iconic, are also crucial in the events of the ’60s. I mentioned this when discussing THE MOTHMAN PROPHECIES, but looking into Mothman’s eyes often resulted in facial radiation burns. Specifically, this phenomenon is called Klieg conjunctivitis, a condition that occurs when eyes become irritated after being exposed to too much UV light.

These kinds of injuries have also been reported alongside UFO sightings as bright lights emanating from the craft seem to burn viewers. The most infamous of these cases is the Cash-Landrum incident where three people suffered from radiation poisoning after spotting a UFO. One of their symptoms included reddening of the eyes. In encountering Mothman, your eyes begin to look like his. 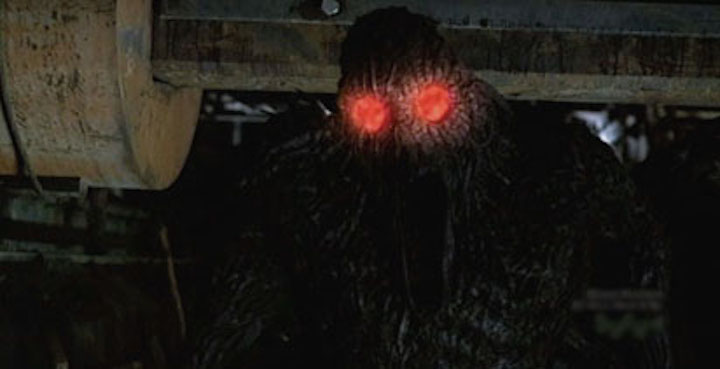 All of MOTHMAN’s events unfold around the annual Mothman Festival, which is in fact a real event that happens every year in Point Pleasant. The town is actually rather obsessed with the winged creature and leans into the history surrounding his appearance as a way of luring in tourists. They’ve even built a statue to commemorate him! The Mothman Festival, which takes place on the third weekend of September, looks pretty similar to the festival seen in Mothman, albeit much more crowded and full of cosplaying cryptid lovers. 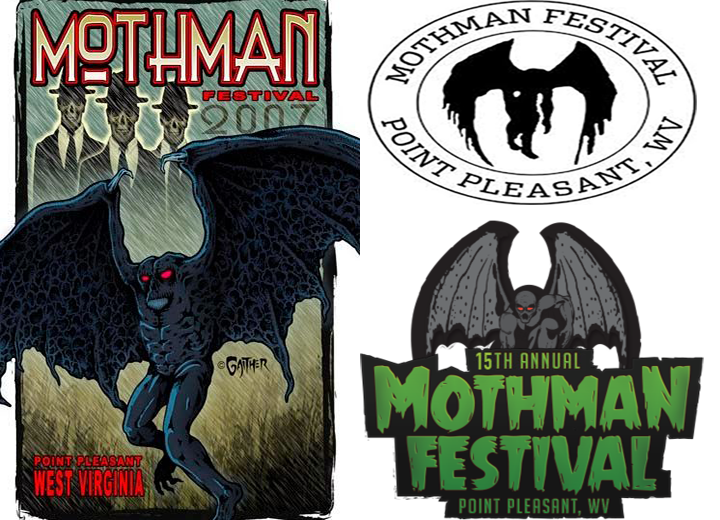 People flock from around the United States to see the place plagued with sightings of a strange creature and men in black suits. There is a Mothman museum, tours of the place where Mothman was first sighted, talks from paranormal experts, and more. It is truly a celebration of the cryptid and I for one cannot wait to make the pilgrimage (The Mothman Festival is happening September 19-20, 2020 this year, folks!) 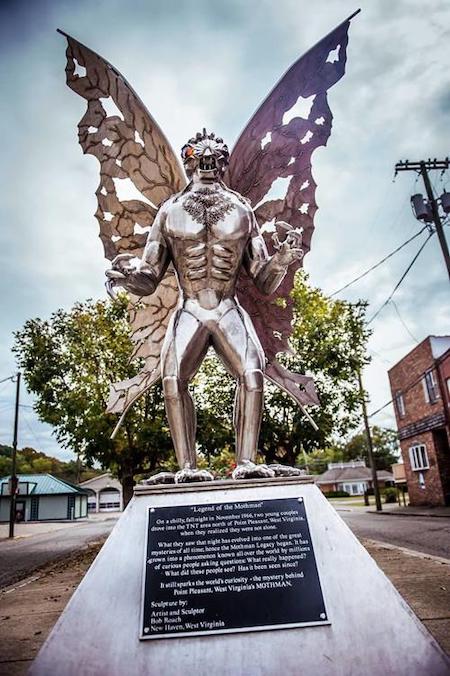 While this version of Mothman couldn’t be further from the urban legend, there is an undercurrent of truth that runs throughout the film. It is apparent that Wilson did his research and really dove into the history of the town. He captures the unease and frenetic energy that exists about the cryptid, but ultimately makes it more monstrous that it has ever been. Adapting Mothman into horror fiction is no easy task, so the attempts by director Wilson and writers Sung-Jin Lee (Tuca & Bertie) and Patrick Walsh (2 Broke Girls) are admirable. However, in tackling the famous cryptid, the film exploits the trauma of Native Americans in the name of fear. 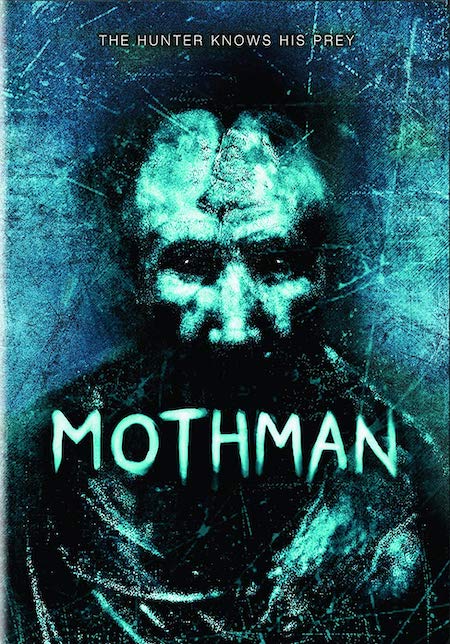