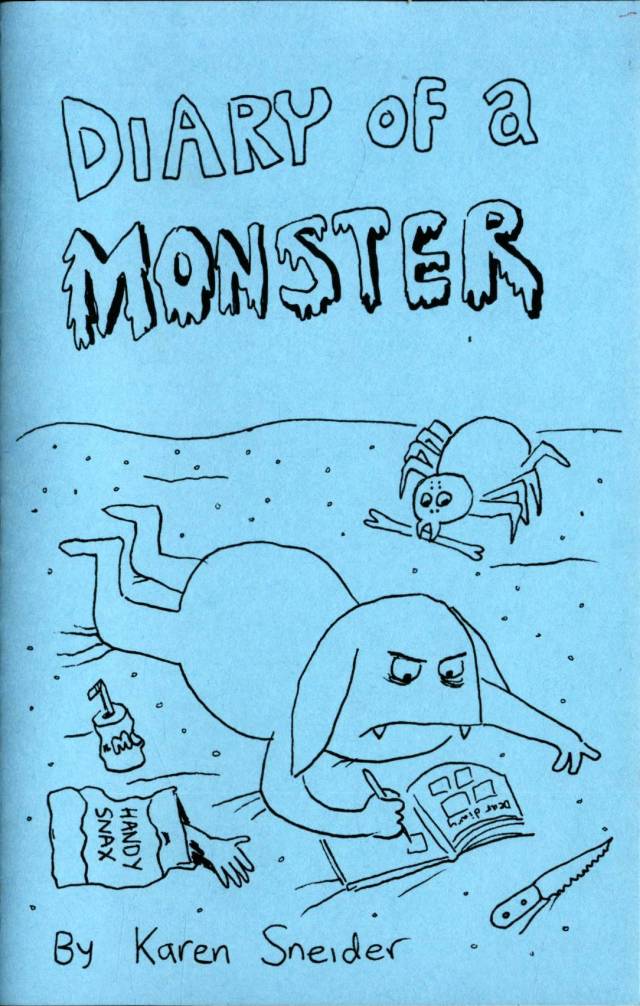 When you boil the art of cartooning down to its basic elements, you sometimes end up creating work that reminds people just why they love this medium so much in the first place — provided your sensibilities as an artist are sound to begin with, of course. When it comes to Karen Sneider, that’s something you literally never have to worry about; sensibilities come no more sound than hers.

Sneider’s latest self-published mini, Diary Of A Monster, is as immediately bizarre as it is inarguably recognizable, imbued with a kind of universal populist appeal that guarantees almost anyone will find it funny by doing something simple and timeless throughout: putting weird characters in everyday situations and finding a kernel of humor in all of them that’s easy to relate to and well-timed in its placement. The kind of thing that makes you think to yourself while you’re reading it that you should have seen it coming, while simultaneously recognizing why you didn’t, hiding in plain sight as it was. 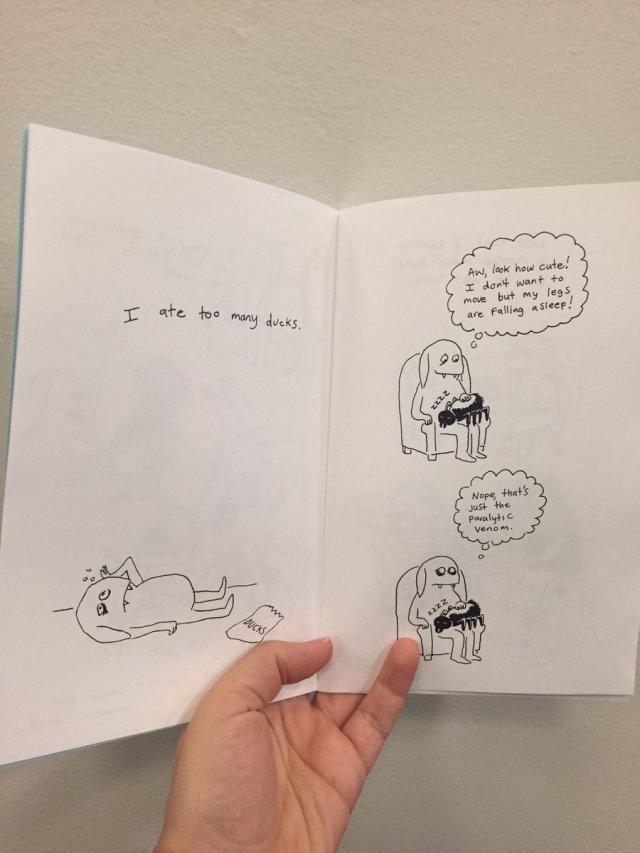 The beautiful thing about this series of “gag” vignettes revolving around a simply-delineated “ugly” creature is the naturalistic fluidity that strings them all together, borderless panels intuitively placed in eye-pleasing formations that one can follow with zero mental strain while nevertheless remaining fully engaged. One might try to argue that this isn’t particularly belabored cartooning, it’s true, but from where I’m sitting that’s almost always a good thing — simple doesn’t mean stupid, after all, and in this case it’s actually quite smart; Sneider does no more than is absolutely necessary to hook you, keep you on the line, and then reel you in. Good thing, then, that our protagonist here prefers eating ducks to fish. Ducks that come packaged in a bag, that is. 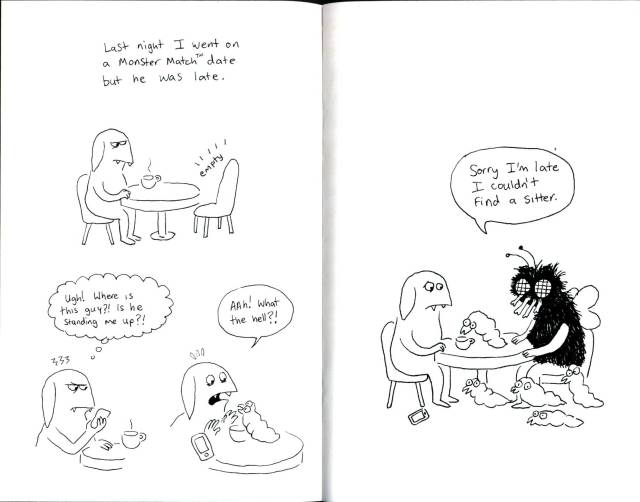 There are just enough wrinkles to the norm to spice up the standard recipe here, as well — making the “ugly monster” female makes you realize how ubiquitously male characters are used in these roles, the “monster mash” cast takes things like inter-species dating in stride, utilizing minimalism to convey the weird stands out as a stark contrast to the usually over-rendered depictions of the bizarre that we’ve become depressingly used to. Don’t underestimate the sheer inventiveness of what Sneider’s doing with this basic cartooning formula no matter what you do. She’s too confident an artist to hit you over the head with her own cleverness, but that doesn’t mean it isn’t both felt and seen throughout. 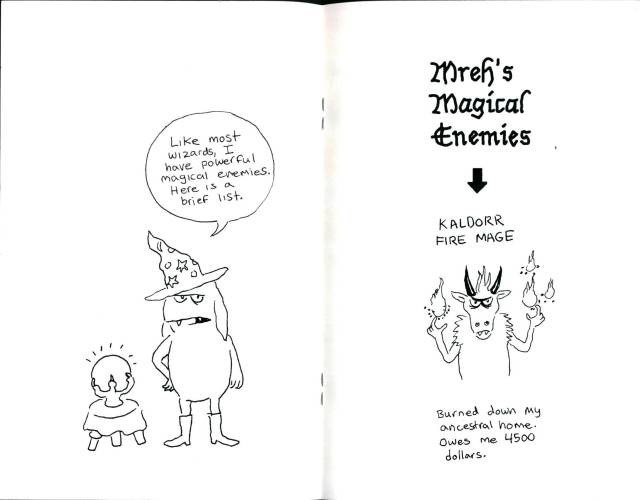 Are there flaws worth drawing attention to in this brilliantly unassuming ‘zine? I suppose there must be — somewhere — but I’ll be damned if I can find any worth spending any time calling out. Maybe that’s a case of me taking off my critic’s hat and just playing the role of booster, but you know what? I could care less. If we’re living in a day and age where unapologetically loving something is considered an abdication of responsibility, then we need a lot more books like this one to remind us that chilling the fuck out and having fun is kinda what life’s all about.

Diary Of A Monster is available for $6.00 from Austin English’s Domino Books distro site at http://dominobooks.org/diarymonster.html