The last several years have seen an uptick in interest in the giallo film, that peculiarly Italian brand of lurid murder mystery that often straddles the line between crime and horror genres. There have been a number of independent neo-giallo productions since Hélène Cattet and Bruno Forzani’s AMER (the cult success of which likely helped kickstart this wave of neo-giallo films) was released in Europe in 2009. Two of the most notable examples of this neo-giallo wave are a pair of films produced by French independent producers Le Chat Qui Fume, BLACKARIA and LAST CARESS. These films are clearly made on the cheap, but they’re packed with gaudy style, bright colors, maniacal performances, thumping electronic soundtracks and gallons of blood. LAST CARESS has been released on DVD in the United States, giving American horror fans a look at what co-directors François Gaillard and Christophe Robin call “glam gore.” 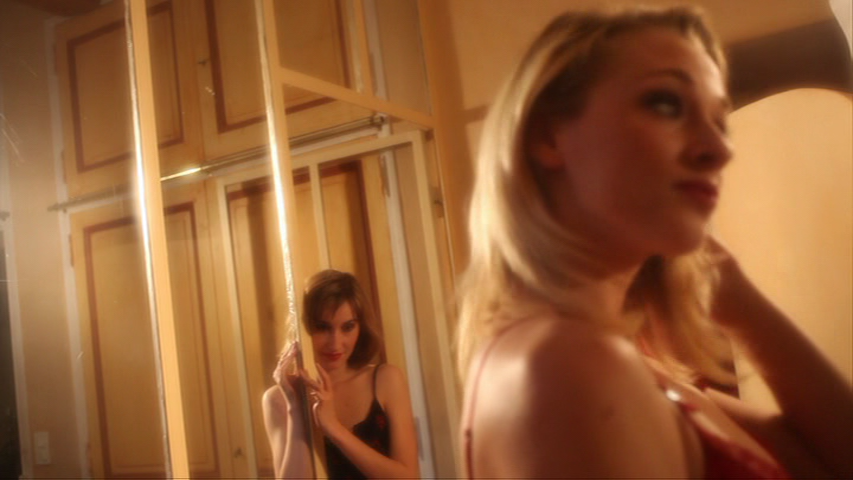 After a very Bava-esque takeout opening that takes place in a gorgeous old manor, five people show up the following day for a weekend of drinking, partying, and playing a Vectrex that is mounted in an oven for some reason. Two big problems are standing in the way: First, a spike-gloved murderer is lurking in the house waiting to take out the partygoers one by one. Second, a bit of fun involving a seance has accidentally awoken an old evil in the house, a malevolent force lurking in the shadows and on the verge of gaining enough power to return to the world of the living and wreak vengeance on whoever is unlucky enough to be in the way. Who—or what—will survive the weekend, and will we get to see them topless? The answer to the second part of that question, at least, is “very probably.” 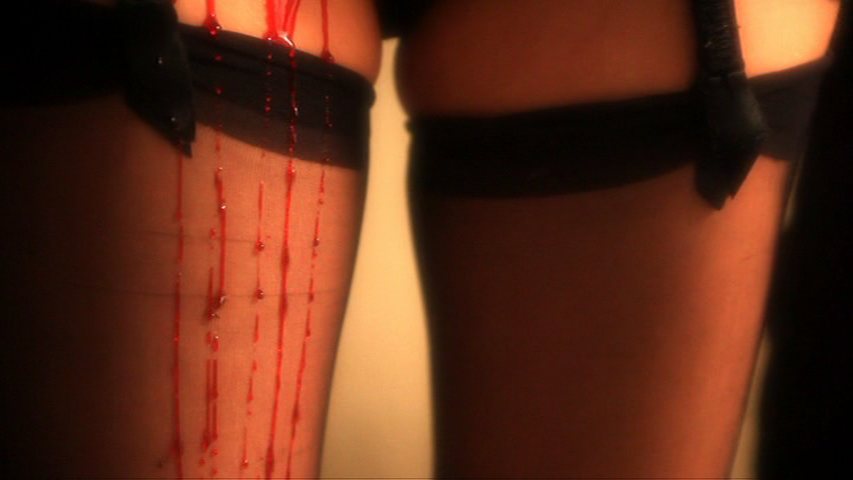 LAST CARESS is a wildly entertaining exploitation throwback, taking cues from giallo and 80s slasher films to deliver more than enough eye candy to satisfy just about any horror fan. The film was shot on a Canon 5D Mark II, a high-end consumer DSLR camera used for a number of smaller independent productions since its introduction to the market, and the directors embrace the soft-focus digital look. There are plenty of beautiful candy-colored compositions throughout LAST CARESS, but at no point does it look like film. Directors Gaillard and Robin are much more interested in delivering the gory goods and re-creating the tone and atmosphere of their inspirations than in replicating the look of those films. It takes a bit of getting used to while watching, but ultimately it’s refreshing that they didn’t go the route of digital “film” noise to give LAST CARESS a classic slasher/giallo feel. 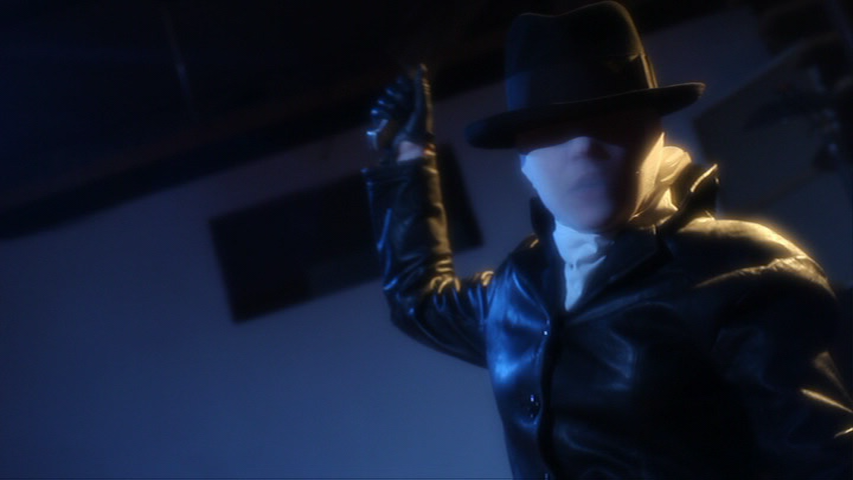 Instead, the co-directors rely on actually replicating the things that gave those films such a huge audience of fans in the first place: flashy camera moves, buckets of gore, and plenty of flesh. At 72 minutes, the audience doesn’t get to spend much time with any of the characters, but that’s probably for the best since they are largely just cannon fodder. We get just enough setup to get their relationships with each other before they start getting brutally knocked off, each kill done with excellent practical effects. The filmmakers are not shy about mixing the gruesome violence with blatant sexuality, giving LAST CARESS a much more authentic (-ally uncomfortable) 1970s vibe than any “emulsion scratch” digital video effect ever could. This movie is all about setup and payoff, with a distinct emphasis on the latter. When the seance leads to a re-imagining of the “13th Punishment” scene from Norifumi Suzuki’s SCHOOL OF THE HOLY BEAST (in which a nun is whipped with thorny Climbing Rose vines), it’s time to the audience to throw their hands up. Whether that’s in frustration or in “yesssssssss, this is completely ridiculous” excitement for the rest of the movie will depend on the individual viewer, but if you’re a regular reader of Daily Grindhouse, you probably have a pretty good idea on which side of that divide you will fall. 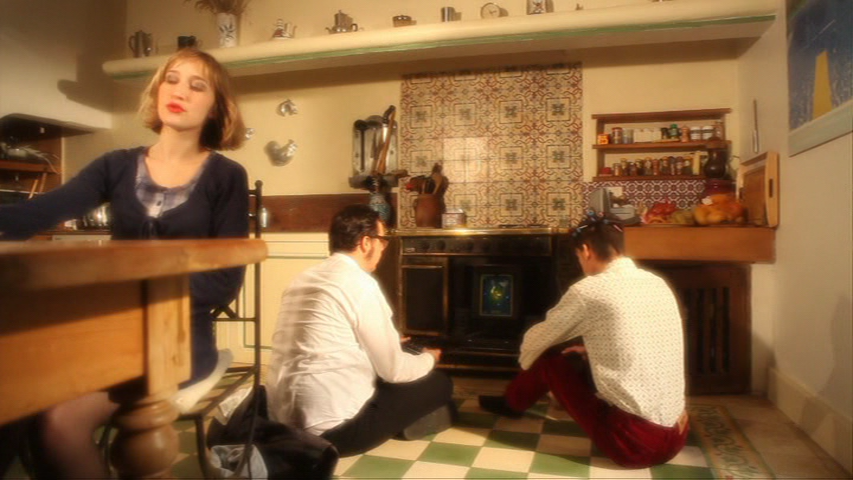 LAST CARESS is a great neo-giallo/slasher hybrid that will delight virtually any horror fan. It’s fast-paced, nice to look at, has a killer soundtrack and great practical effects, and establishes its co-directors and production company as talents to keep an eye on in the future. It may be pure empty calories, but it’s more pure, unpretentious fun than almost any other independent microbudget horror film in recent memory.

LAST CARESS is available on DVD from DiabolikDVD.com and Amazon. Import versions are available featuring both this and BLACKARIA, which is less polished than LAST CARESS but also certainly worth a watch.