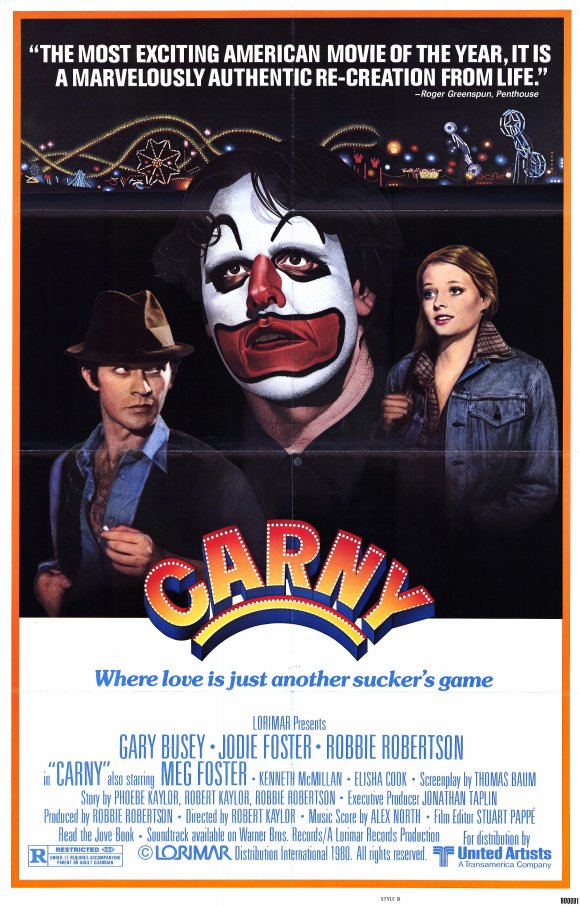 I’ve always loved films centered around carnivals. From FREAKS to SOMETHING WICKED THIS WAY COMES to the William Conrad-directed TV movie SIDE SHOW, give me 100 minutes with a travelling group of people skirting by on the edges of society by simultaneously entertaining and bilking the towns they pass through, and I’m happy. Hell, I took a special trip to Gibsonton, Florida, just to go to the Showman’s Museum. (I highly recommend it.) 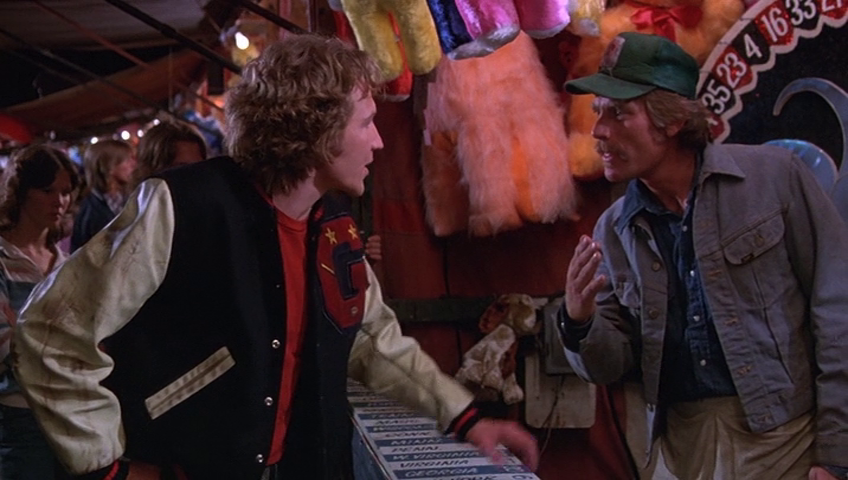 Carnival movies have a long history, but most of them are tied to either the more glamorous or more sordid aspects of carny life. Horror movies used the format to embrace the mysterious nature of the travelling group (like THE FUNHOUSE or GHOULIES II) or play with the pre-conceived ideas of it (FREAKS), while more cheerful films emphasized the showmanship and magic that it creates for audiences (7 FACES OF DR. LAO, THE GREATEST SHOWMAN). Very few actually treat the travelling carnival as a setting for pure drama and character development, treating the owners and employees with a genuine humanity rather than objects in a genre tale. 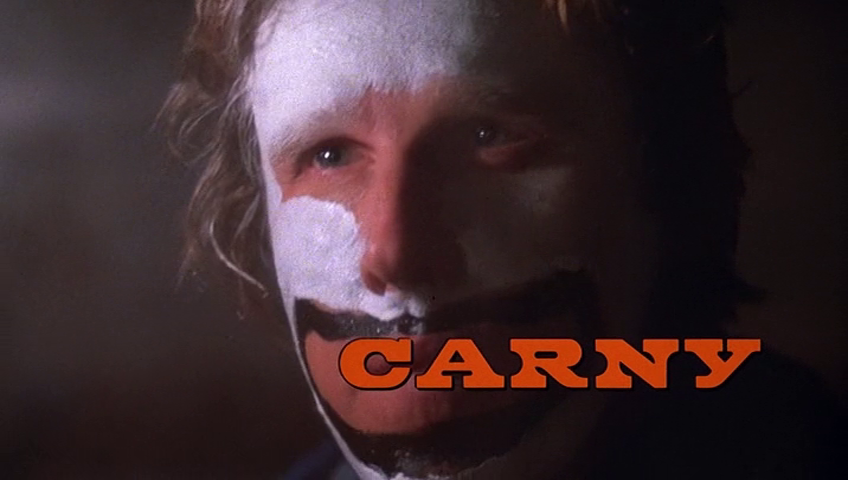 That’s why I’ve always appreciated CARNY, the 1980 film that celebrates its 40th anniversary today.  CARNY is a character piece set in the world of the travelling carnival, in which the character in question in essentially the carnival itself. There are certainly human characters in the film and the performances are fantastic and sincere, but director Robert Kaylor (a documentarian who had previously made the recommended roller-derby doc DERBY) is more interested in the carnival and the pieces that compose it than focusing too closely on the people involved. 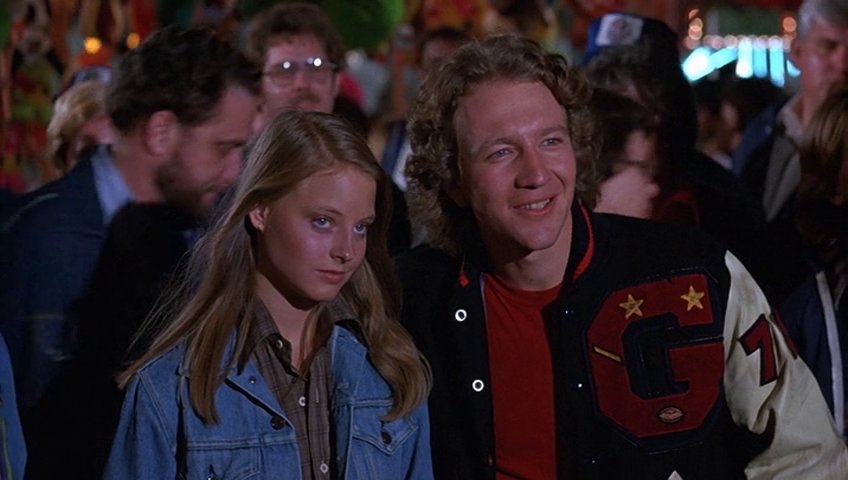 The ostensible plot of the film involves Donna (Jodie Foster), a 17-year-old waitress in a small town who attends the travelling carnival with her boyfriend (a miscast Craig Wasson). Donna ends up talking to Frankie (Gary Busey), who works in the carnival as a dunk tank insulter in clown make-up, and comes with him on the carnival circuit. His friend Patch (The Band’s Robbie Robertson, also a producer) works as a second-in-command of the carnival and deals with local law enforcement and crime bosses, and doesn’t care for her. 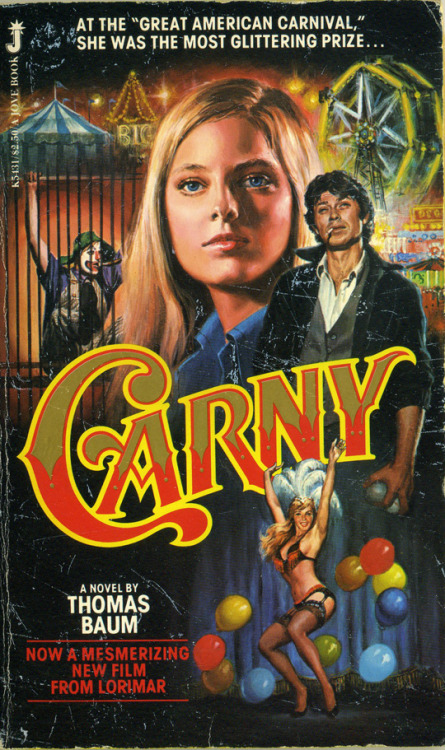 That’s about it as far as the plot goes, so those hoping that that there will suddenly be magical events or talking chimps will be disappointed. However, those who just want to take a brief trip to cinematically join the circus will be enthralled – the film has an authenticity about it that’s tough to not be lured into. There isn’t really a build-up to a grand climax (there is a climax but it has to do with a late-period subplot, and there is character growth, but it’s low-key and lacks a dramatic “big moment”) so much as a group of employees/friends going through their daily motions for a few weeks. They lure the locals in to see strippers, con them on the midway, set up freak shows, grease palms and occasionally antagonize each other in the fashion that people that work and live together would. 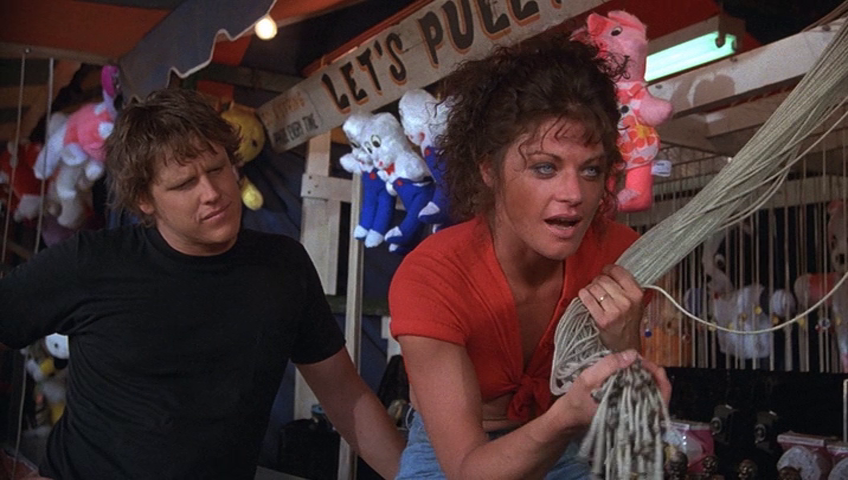 The film is helped by a fantastic cast – Foster is good, but Busey is fantastic, captivating as both Frankie and “Bozo,” the character he plays when in the dunk tank. Robertson, who hadn’t acted before, is something of a natural, giving off a disillusioned-yet-committed performance that should have gotten him more roles. The other carnival folk are played by well-known character actors, including Tim Thomerson, Meg Foster, Elisha Cook Jr., Bert Remsen and Teddy Wilson, and they lend a credibility to the world Kaylor is clearly interested in showing. 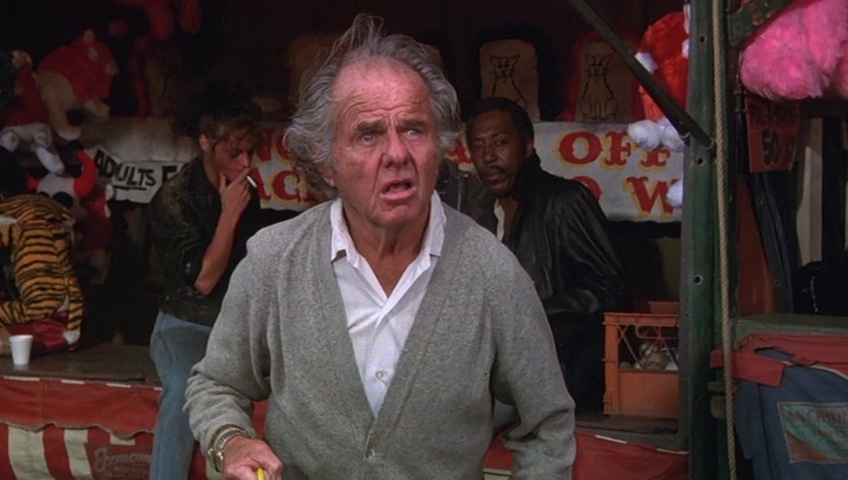 CARNY never stood a chance in hell, opening the same day as Chuck Barris’s magnum opus THE GONG SHOW MOVIE. (A Stanley Kubrick adaptation of a pulp horror novel called The Shining also opened that day, and Irvin Kershner’s follow-up to a three-year-old space opera in which the Empire struck back had opened earlier that week.) It opened to mediocre reviews and poor box office, with neither Robertson and Kaylor not making another film for a decade. 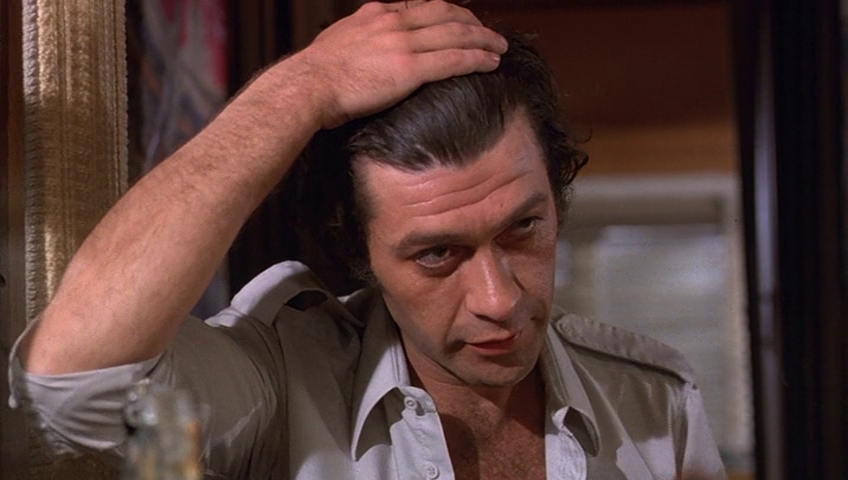 The reviews spotlighted the acting, but decried the number of subplots and the film’s wandering nature, and I can’t completely disagree even as a fan of the film. Kaylor and Robertson clearly wanted to make a film about the tradition of carnival culture, and the resulting movie seems almost distracted by the plot when it intrudes with the slice-of-life segments that provide the atmosphere. 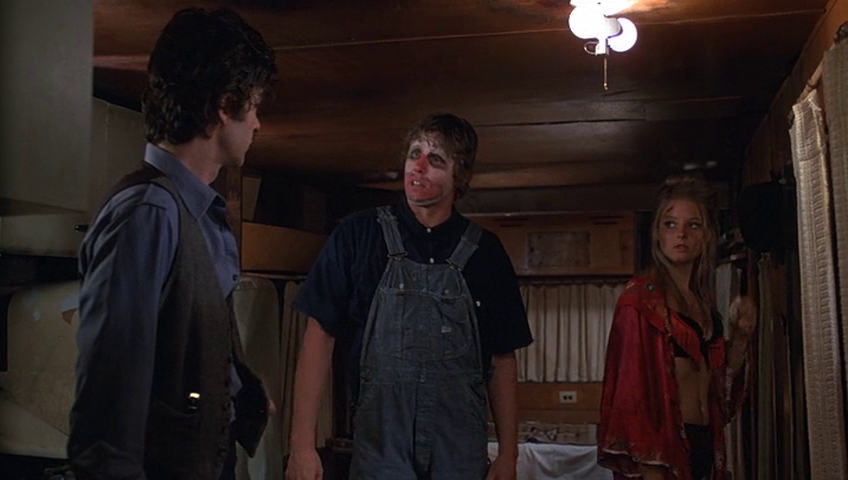 A third act subplot about the conning of a local tough seems almost unnecessary, using time that could have been spent with the carnival employees just going through their day-to-day relationships just to get the main characters to a place where they could have been anyway. It’s not so much a misstep as an odd choice, but its one that likely prevented even the limited audiences it had from fully embracing it. 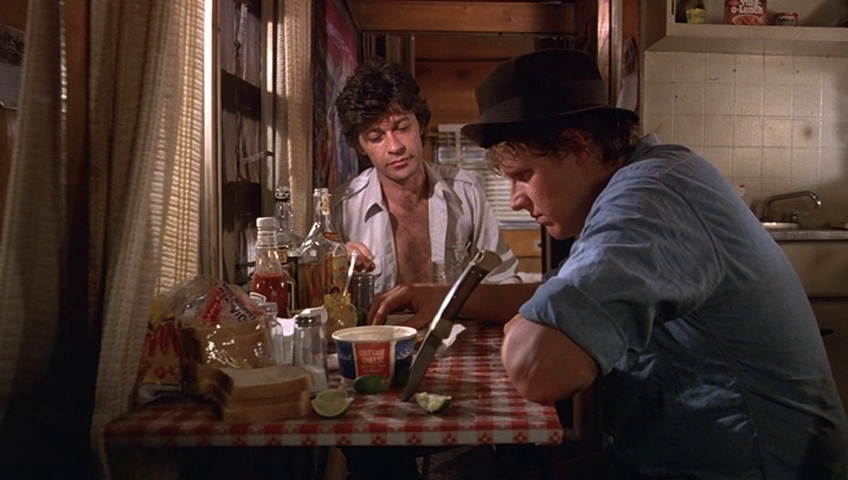 Thankfully, CARNY has been rediscovered in the intervening years, and has earned a cult following large enough to at least warrant a DVD release. In any case, it’s a welcome departure from the genre films that usually take place at carnivals, and a great showcase for the performers, especially Busey and Robertson. It’s an underseen little gem of a film that anyone who’s ever dreamed of running away to join the circus should check out to get the reality of what they’d be signing up for. 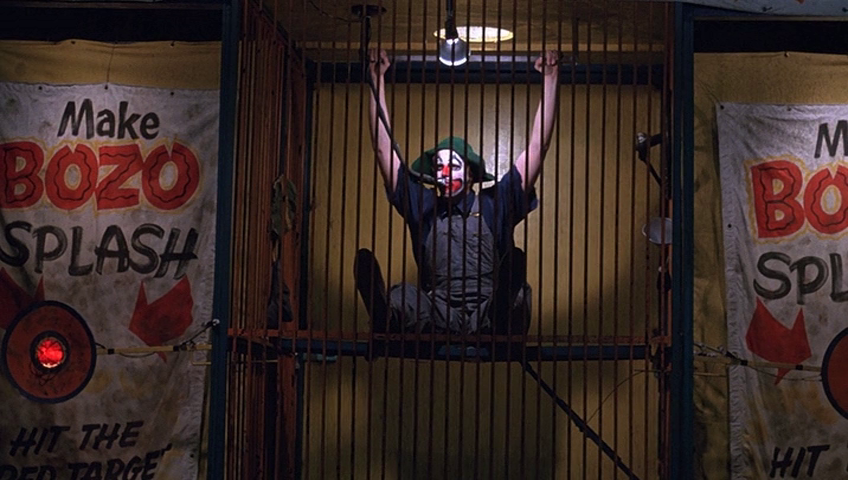