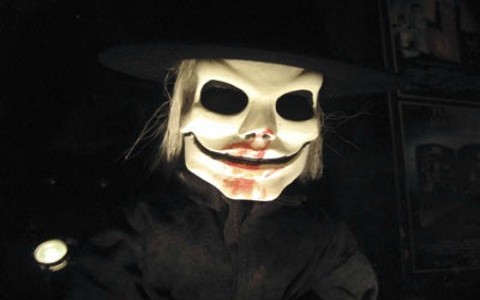 Full Moon Pictures head Charles Band announced on his Facebook feed yesterday that he had recently discovered a stash of seven unreleased sequels to his hit PUPPET MASTER franchise in a warehouse in northern California. The films, ranging in production date from 1991 to 1998, had been slated for release at various times, but, according to Band, had instead languished in storage.

“Man, I don’t know what happened,” Band posted with the announcement, “We were really cranking them out back then, and a few just fell through the cracks.”

The titles include PUPPET MASTER ZERO: STRUNG ALONG, PUPPET MASTER FOURISH: WHEN GOOD PUPPETS GO CALYPSO, HOUSE OF THE SEVEN PUPPET MASTERS, which uses footage from an unfinished John Carradine film to cast the horror great as Toulon, TICKLE ME PUPPET MASTER, and the crossover film PUPPET MASTER MEETS THE WASHINGTON GENERALS. “We’d planned on that with the Globetrotters,” Band mentioned, “It was going to be huge, but they backed out at the last minute.”

The fan community, just coming off of Band’s re-release of several VHS titles in rediscovered “big box” art, has had a mixed reaction to the news. “This is bullshit,” remarked Rich Heene on Full Moon’s Facebook page. “There’s no way these are vintage PUPPET MASTER flicks. The last one has a fucking Harlem Shake reference, for Chrissakes! I’m only buying one of each, and only the first five of the limited edition toy lines.”

Band has also mentioned that he has found two lost TRANCERS films and BRUNO KIRBY, TIME WARRIOR, an eight-part experimental film composed of the WHEN HARRY MET SALLY actor going through his daily life, interspersed with footage from 1978’s END OF THE WORLD. “Does anyone want this? Twenty bucks. I’ll even throw in a script treatment for JARED-SYN VS. DEMONIC TOYS. Well, it’s not so much a script treatment as it is a napkin with the words ‘Jared-Syn Vs. Demonic Toys’ scribbled on it, and a picture of a ninja.”