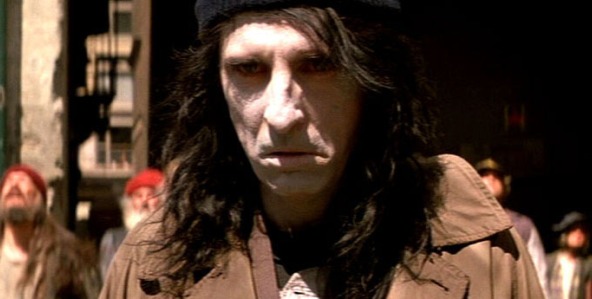 John Carpenter’s career is unfortunately peppered by angry executives disappointed with box office returns. After BIG TROUBLE IN LITTLE CHINA failed to connect with the audience and critics, Carpenter returned to the familiar ground of low budget filmmaking with PRINCE OF DARKNESS. This remains one of the scariest films Carpenter ever created because of the reality this film is set in. Carpenter had been studying theoretical physics and atomic theory; through this reading he created a story about an anti-god. This is probably Carpenter’s most cerebral film; the scares feel very real, as does the danger. This is without question one of the most underrated films in the Carpenter cannon. This is the second film in the unofficial “Apocalypse Trilogy” which started with THE THING and concluded with IN THE MOUTH OF MADNESS. Written by John Carpenter (though credited as Martin Quatermass, much to the dismay of Nigel Kneale), produced by Larry J. Franco. A film like this deserves the Scream Factory treatment and if this cover art is any indication, they are knocking this one out of the park. This is officially the coolest cover they’ve created. Hats off to artist Justin Osbourn. 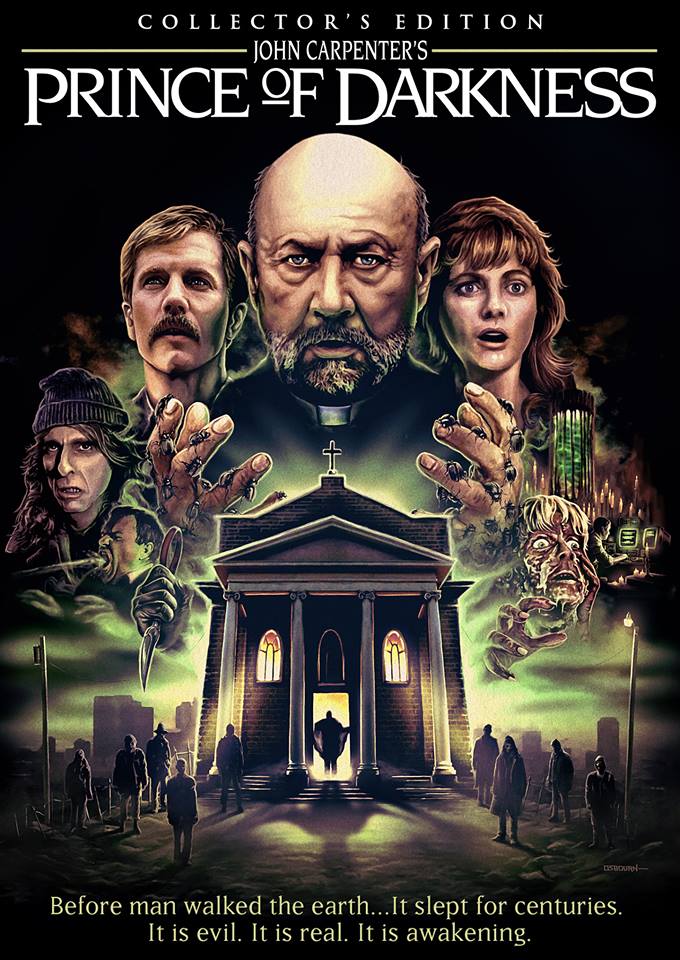 Check out the official, spot-on and nightmarish new artwork for our upcoming Collector’s Edition of John Carpenter’s PRINCE OF DARKNESS, illustrated by artist Justin Osbourn. (As always, the original theatrical poster image will be on the flip-side for you purists to enjoy too.)

Street date is planned for 9/24 and pre-order links will be up soon at ScreamFactoryDVD.com where there will be an exclusive limited 18” x 24” poster offer with purchase. More details on extras will be announced later on this Summer.

portions of this article were taken from THE TOP 10 JOHN CARPENTER FILMS, written by G.