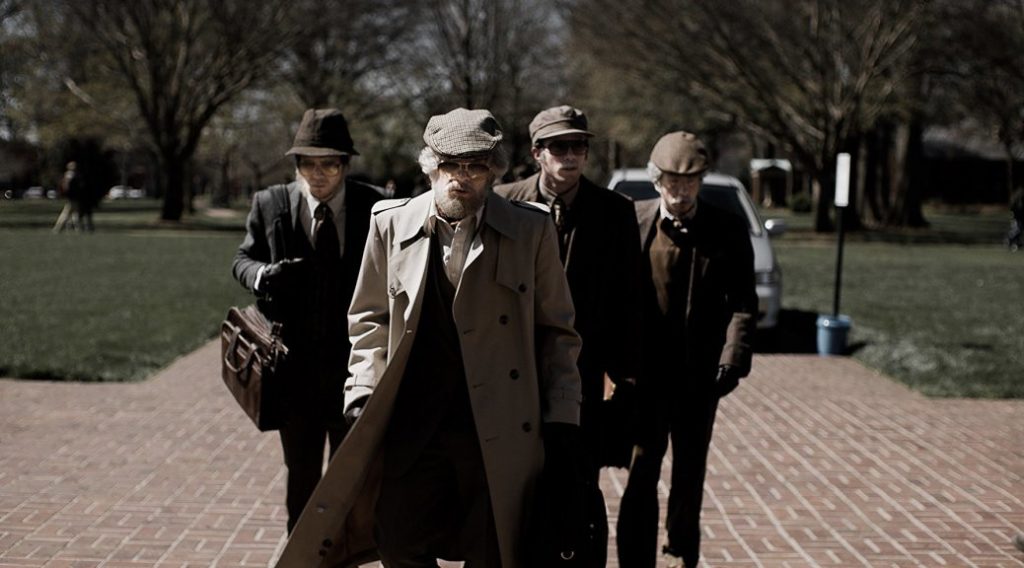 In December of 2004, four young men attempted to steal a number of exceptionally rare books from the library at Transylvania University in Kentucky. Spencer Reinhard (Barry Keoghan) and Warren Lipka (Evan Peters) had prepared by reading up on the subject and watching every heist movie they could find. Unsurprisingly, things did not go well. AMERICAN ANIMALS is mostly a fictional dramatization of the heist, but it also weaves interviews with the real-life Reinhard, Lipka, their accomplices, and families, even at one point putting Lipka in a car with Evan Peters to resolve conflicting memories of the inception of the heist in the stories of Lipka and Reinhard: “Is this how you remember it?” Peters asks the man whose character he is playing. It’s structured somewhat like a heist film otherwise, and includes direct soundtrack nods to contemporaries in the genre as well as other cinematic touchstones to help underline the increasing detachment of the young men from the realities of their plan. The most difficult point of the heist is librarian Betty Jean Gooch (Ann Dowd), the only “security” standing between the thieves and the books. While most heist movies go out of their way to make the act of thievery look as cool as possible, AMERICAN ANIMALS emphasizes the awkward, unpleasant realities and the life-shattering outcomes. But it’s also a thoughtful look at the nature of memory and performance, and in that way an excellent companion piece to director Bart Layton’s previous feature THE IMPOSTER. 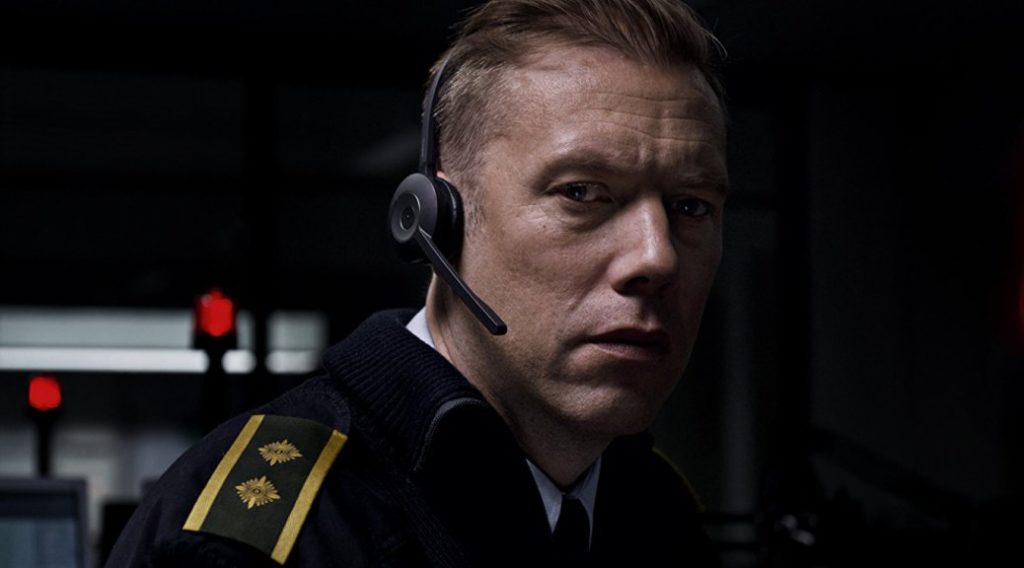 Asger Holm (Jakob Cedergren) is a cop winding down his last shift as an emergency dispatch operator before a courtroom hearing the following day that will put him back on active duty following a traumatic incident that benched him. Minutes before he’s due to clock out Asger gets a call from Iben (Jessica Dinnage), who has been kidnapped by her husband Michael (Johan Olsen) and is pretending to speak to their young daughter Mathilde (Katinka Evers-Jahnsen). Michael is forcing Iben to drive somewhere, but before Asger can get enough information to pinpoint where they are and what she’s driving, she has to get off the phone. Asger must use the resources at hand to find out what is happening and how to find the vehicle before it’s too late, and the situation becomes more desperate once police arrive at Iben’s home to take care of Mathilde and make a terrifying discovery. THE GUILTY takes place entirely in two rooms of the police station, and star Jakob Cedergren is not only in every frame of the film, his face is often the only thing in the frame. Thankfully Cedergren is a fantastic actor, able to play out the intense emotions required for the part in a way that is utterly absorbing. Debut feature director Gustav Möller wrings maximum tension from his simple setup thanks to Cedergren’s central performance and carefully-paced revelations, both in Iben’s story and in teasing out what happened to put Asger on desk duty. Some viewers may be able to see those coming a ways off, but that’s not necessarily a strike against the film when it’s as satisfyingly executed as this one. 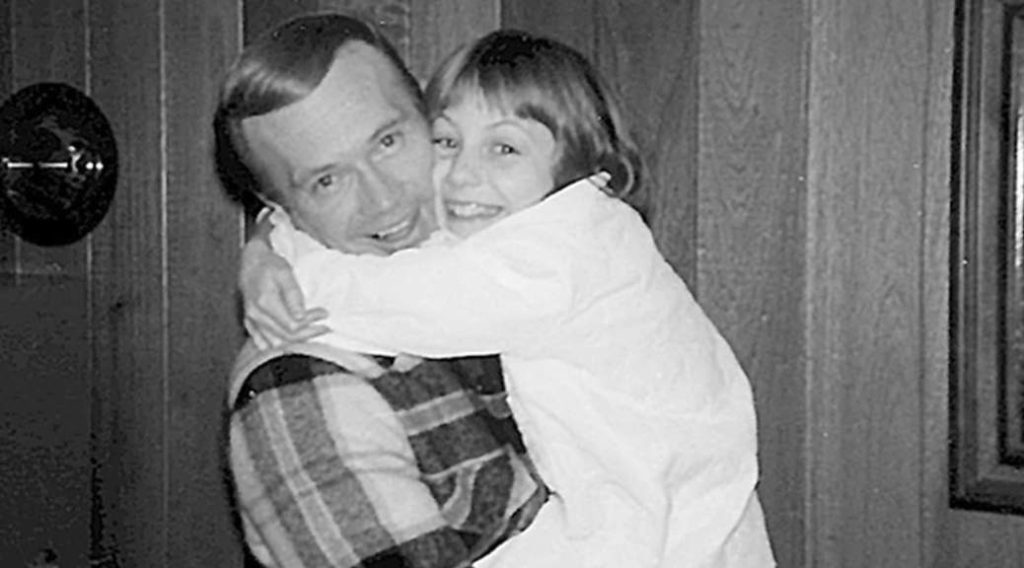 In the early 1970s the Broberg family led a relatively uneventful existence in Pocatello, Idaho. That would change dramatically when the Berchtold family moved to town, and patriarch Joe Berchtold became obsessed with the Broberg’s 12-year-old daughter Jan. Berchtold spent the next several years gaining the Broberg parents’ trust and then literally seducing them so he could obtain his ultimate goal of taking Jan for himself. He abducted Jan and convinced her she was part of a desperate plan to save an alien race by having a child that would be the savior of the aliens’ planet, to be fathered by Joe Berchtold before her 16th birthday. ABDUCTED IN PLAIN SIGHT is a harrowing, often infuriating documentary about a painfully naive family besieged by a relentless sociopath at a time when even the FBI didn’t really have established protocols for dealing with pedophiles. It’s easy to look back the better part of 50 years later and wonder what the hell was wrong with the Brobergs as they make one unbelievably terrible decision after another, but their ordeal began over a decade before missing children starting appearing on the side of milk cartons. The Brobergs are shockingly candid in their interviews, and while Joe Berchtold is no longer around to tell his story director Skye Borgman incorporates audio recordings of his voice that make him an even more chilling presence both for his single-minded obsession and his convincingly “normal” facade. It’s a difficult watch, but ABDUCTED IN PLAIN SIGHT is a powerful and important documentary that addresses uncomfortable facets of its subject matter rarely acknowledged in similar works. 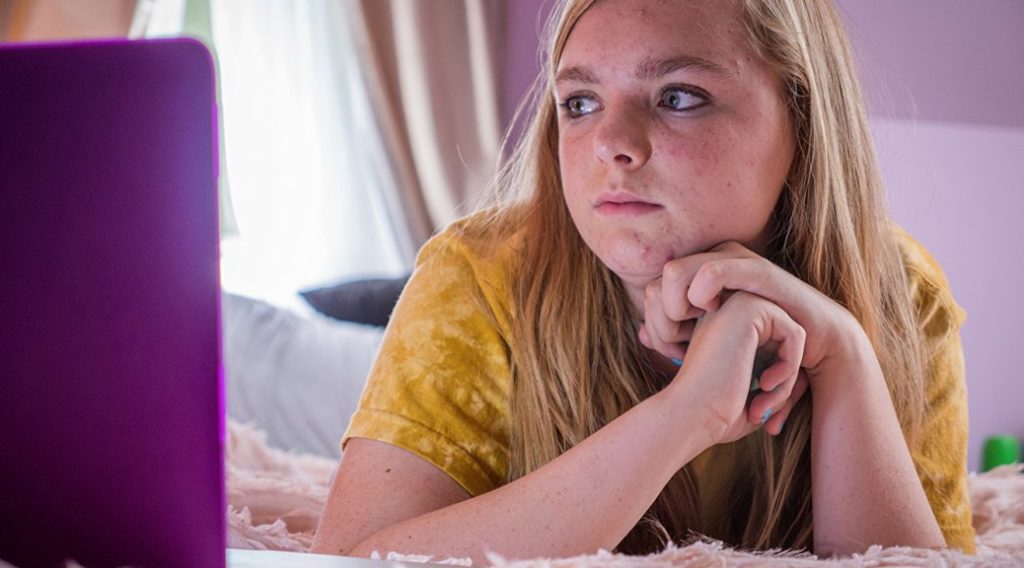 Kayla (Elsie Fisher) is heading into the final week of eighth grade and things are not going great. She posts Youtube videos with thoughts on the way she would like to be, presenting herself as confident and outgoing while she keeps her head down at school and just tries to survive. When she’s invited to a popular girl’s birthday party (by the girl’s oblivious mom), Kayla glimpses a little hope for the future. It gets a little brighter when she is assigned to shadow Olivia (Emily Robinson) for a day to learn about high school. But as eager as Kayla is to grow up, she’s about to encounter situations much more difficult and dangerous than anything that might happen on school grounds. EIGHTH GRADE is the debut feature from comedian Bo Burnham, and it’s a hell of an impressive start. Burnham and his fantastic cast–including Fisher in what should be a star-making lead performance–present Kayla’s life and interactions with the world with a sharp eye for uncomfortable detail. It’s very funny, mining the inherent awkwardness of young teenagers for some hilariously weird moments. That said, EIGHTH GRADE doesn’t shy away from the darker side of growing up. There are some poignant and genuinely tense scenes here, striking a careful balance that rings true.

EIGHTH GRADE was the closing film of this year’s Chicago Critics Film Festival, and it won the festival’s Audience Award for best narrative feature. Tim Wardle’s THREE IDENTICAL STRANGERS won the Audience Award for best documentary, and two shorts tied for Best Short Film: “Runner” by Chicago filmmaker Claire Cooney and “We Forgot to Break Up” by Chandler Levack. Attendance and ticket sales for this year’s CCFF were reportedly up quite a bit from previous years, and the seventh festival has already been announced for May 2019. We’ll be looking forward to it!