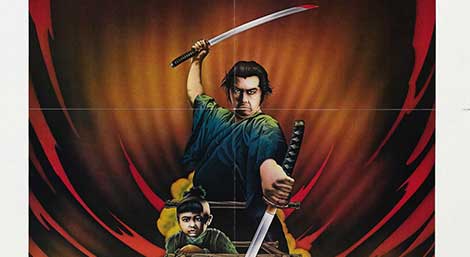 Good lord, there’s a ton of great movie-related happenings this week in the Windy City! If you’re planning on leaving the house to check out some cinematic endeavors, there’s a good chance you’ll never get back home! And not because of the murdering. The options range from new indie sci-fi to classic noir to two (count ’em!) of the most horrifying talking animal films in film history. Really, all of you people in other cities should be terribly jealous and just move here. 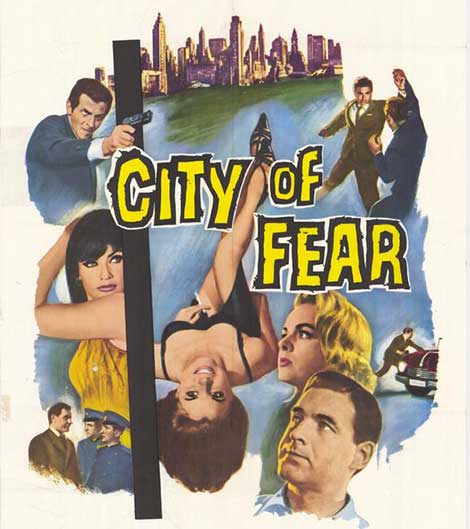 On Wednesday March 27th, the Northwest Chicago Film Society presents 1959’s CITY IN FEAR in 35mm. The crime flick is described as “a tense, atomic-age white knuckler.” Following up their hepcat hit man saga MURDER BY CONTRACT, director Irving Lerner and actor Vince Edwards craft another B-picture suffused with seedy, West Coast nihilism. (A filmmaker who cut his teeth on projects for the left-wing Film & Photo League in the 1930s, Lerner had a mysterious and knotty career, which will be further illuminated by two documentary shorts preceding the feature.) Edwards plays a San Quentin escapee with nothing but a thermos of pure heroin to his name; in fact, he’s unwittingly shepherding a canister of radioactive Cobalt-60 that could level the city. As the police dragnet led by no-nonsense genre mainstay Lyle Talbot tightens, the isolated Edwards delivers a kind of total performance—a pumice-faced, poor man’s Burt Lancaster with a laggard body.” The film screens at 7:30, and will be proceeded by two shorts. Check out NCFS’s site here for more info!

After some gritty crime drama, you may need some high-energy fun stuff to bring your spirits back up! Unfortunately, this weeks’ offering from Everything is Terrible’s Wednesday Rewind series is BABY HUEY’S GREAT EASTER ADVENTURE, a mind-numbingly horrifying experiment in filmmaking created by ANIMAL HOUSE’s Flounder, Stephen Furst. Here’s two minutes just to prepare your soul for the drubbing it will receive:

Oddly, they’ve chosen one of the more tolerable moments to use as a promotion. This doesn’t even show the rap number or the presence of Denny Dillon. IT’S AS THOUGH THEY WANT YOU TO COME IN UNPREPARED FOR SUCCUMBING TO THE FILTH OF HELL. 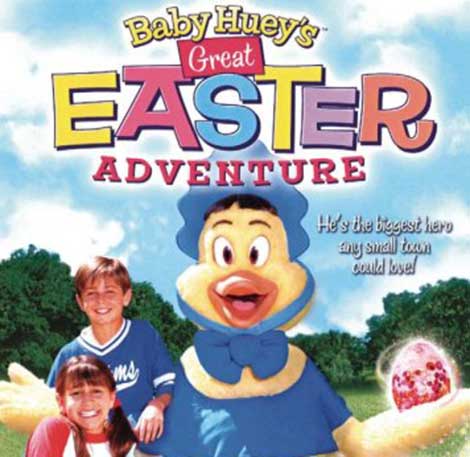 The girl understands the horror. You can see it in her eyes.

In any case, you’ll be able to cry on a comfortable shoulder at the Logan Theater on Wednesday at 10:30. Tickets are only $3 and any sense of respect for humanity as a species. Should be a good time! Harvey Korman co-stars. 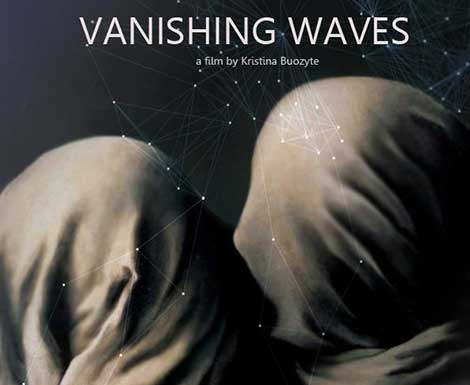 On Friday, the Chicago Cinema Society will be presenting something a little less fowl (BECAUSE BABY HUEY IS A DUCK) with the Chicago premiere of VANISHING WAVES, a new film directed by Kristina Buožyt and Bruno Samper. The trailer for this film is amazing, even if you’re left with no real idea as to the plot, but it involves a neuron-transfer scientist experimenting with the thoughts of a comatose young woman.

VANISHING WAVES screens Friday at 10:00pm at the Patio Theater, with a second showing Monday at 7:30. Check out their event page here!

In addition, some movie called THE SHINING starring Shelley Duvall as a hotel guest is playing midnight at the Music Box. I believe it’s based on a Clive Barker novel. (Seriously, though, it’s a great chance to see it in the theater, especially before ROOM 237, which opens at the Music Box next week.) 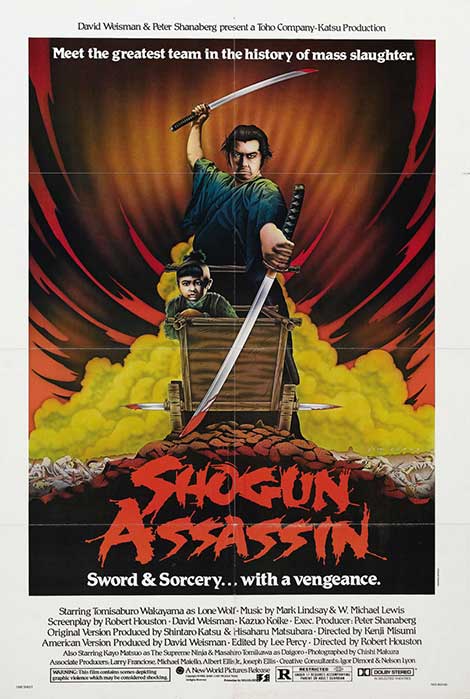 Not content to rest on their laurels, the Chicago Cinema Society takes another trip to the Patio Theater on Saturday, with their screening of the amazing SHOGUN ASSASSIN, a spliced together pastiche of the first two LONE WOLF AND CUB films, and a certifiable grindhouse classic. The dubbed hyper-violent bloodbath ballet that’s sure to entertain the samurai-film enthusiast is a worthy follow-up to the group’s excellent Kung-Fu double bills of recent months, and no self-respecting fan of this page should miss out if they’re in the area.

The film will be shown at 10:00pm at the Patio Theater. 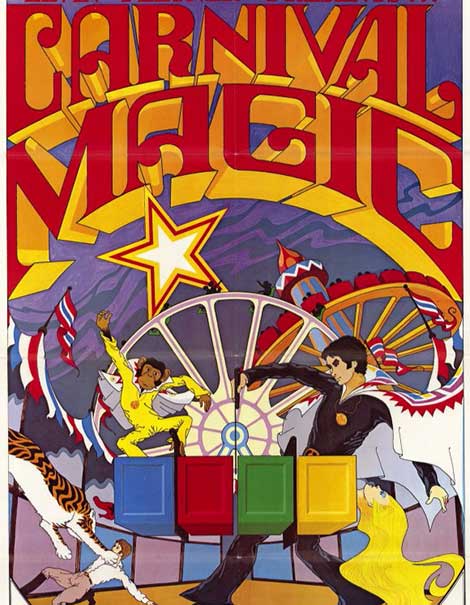 As SHOGUN ASSASSIN will no doubt have your adrenaline flowing, you’ll probably want to keep the movie fires burning, and trekking down to Facets will enable you to do so, as their popular series of midnight programming begins again with Jason Coffman’s presentation of CARNIVAL MAGIC, the most solemn talking monkey film ever made. Long thought lost, the Al Adamson-directed
“family” film about a sad magician and a sadder talking chimp becoming a big draw at a sad circus full of sads re-emerged in recent years and has built a cult following consisting mostly of misanthropic masochists like myself.

The film will be shown from a 35mm print courtesy the Chicago Cinema Society Film Archive, along with a discussion of Adamson’s career in independent filmmaking and some trailers for some of Adamson’s other films.

Seriously, if you’re in the Chicago area and you’re reading this page, your weekend is planned.