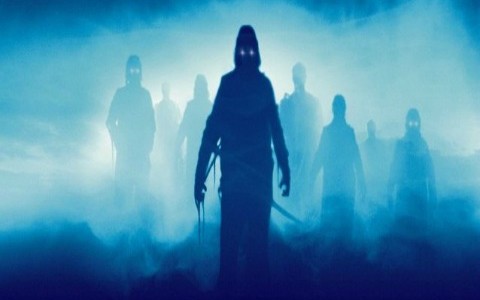 More Carpenter is coming from Scream Factory. According the the label’s Facebook page (which you should be following for good shit like this), THE FOG has been added to the upcoming July 30th release date (along with THE INCREDIBLE MELTING MAN). Specs and features are TBD. They say you make three films: the one you write, the one you shoot, and the one you edit. Shot for a reported $1 million dollars and distributed as part of a two picture deal with AVCO-Embassy (who would also distribute ESCAPE FROM NEW YORK), John Carpenter’s THE FOG was completely re-created during post-production. Not happy with how the film worked (he thought it was too flat to be effective), Carpenter removed as much as 30% of what he shot, created a new character, and generally added more eeriness to the film.

There is a really exciting backstory to this production, a story which could serve as a tool to future directors about just what is capable when you’re editing a film and how vital it is to understand every step of a production. Carpenter knew how to fix his problem and tt paid off; THE FOG is a film constructed by atmosphere and cheap tricks to great effect. Though more zombie than ghosts, the figures move with a lumbering intensity thanks to some tremendous make-up effects by Rob Bottin. This was the first feature film to re-unite Janet Leigh with her daughter (HALLOWEEN alum) Jamie Lee Curtis. More details as they come in.

SEE YOU ON FORTY DEUCE,
G