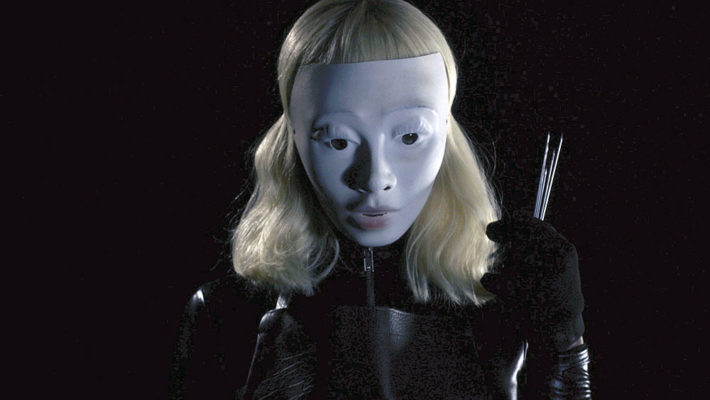 Probably my most anticipated film playing Cinepocalypse is Seth A. Smith’s THE CRESCENT. Smith’s LOWLIFE (not to be confused with Ryan Prows’s LOWLIFE playing Cinepocalypse this year) was a fascinating, bizarre art/horror film that was incredibly impressive for a debut feature. THE CRESCENT is his follow-up, and it looks like it was tailor-made for me. I’m a sucker for weird houses, 70s regional horror vibes, and experimental film flourishes, and I suspect THE CRESCENT will deliver all three.

THE CRESCENT just barely nudged Mickey Keating’s PSYCHOPATHS from my top spot. Keating’s psychedelic REPULSION homage DARLING was one of my favorite films of Fantastic Fest 2015, and an absolutely amazing big-screen experience. I’ve been very excited to see PSYCHOPATHS since it first hit the festival circuit, and I can’t wait to finally catch up with it. It’s really, really exciting that we’re getting a chance to see this in a theater, too. If his other films have been any indication, PSYCHOPATHS is going to be a wild ride.

Going in completely the opposite direction, I’m really looking forward to ATTACK OF THE ADULT BABIES. I don’t think I really need to even say anything about this one, just watch the trailer. This looks utterly bonkers.

For my money, the best bet in sheer entertainment value at Cinepocalypse is bound to be the live podcast recording of “Eric Roberts is the Fucking Man,” with Roberts himself in person.  The culmination of over two years of episodes delving deep into the cinematic genre that can only be known as “films and television shows with Eric Roberts” (pretty sure this was a Blockbuster Video category), the analysts and the subject will finally meet on stage for our entertainment. And also a screening of THE AMBULANCE!

As far as the new titles go, I’m anxious to check out DOWNRANGE, the latest film from VERSUS director Ryuhei Kitamura as well as the North American premiere of THE TERROR OF HALLOW’S EVE, as I’m a big fan of teenage revenge flicks, especially when non-CGI creature effects are involved.

Obviously, I’m beyond excited to see THE AMBULANCE screen from a 35mm print with Larry Cohen and Eric Roberts in attendance. In addition, I really do want to see KING COHEN again, even though I just saw it at Fantastic Fest a little over a month ago. As the self-appointed “world’s biggest Larry Cohen fan,” I’m having a blast watching him take a well-deserved victory lap on the festival circuit with director Steve Mitchell’s documentary.

For the rest of the fest, I’m excited to finally catch up to horror/comedy TRAGEDY GIRLS (I feel like the last genre film critic to actually see it), the prolific and usually fascinating Mickey Keating’s PSYCHOPATHS (like Jason, Keating’s DARLING blew me away a couple of years ago), the entertaining looking LOWLIFE, and the historical action/horror nerd in me is looking forward to MOHAWK.