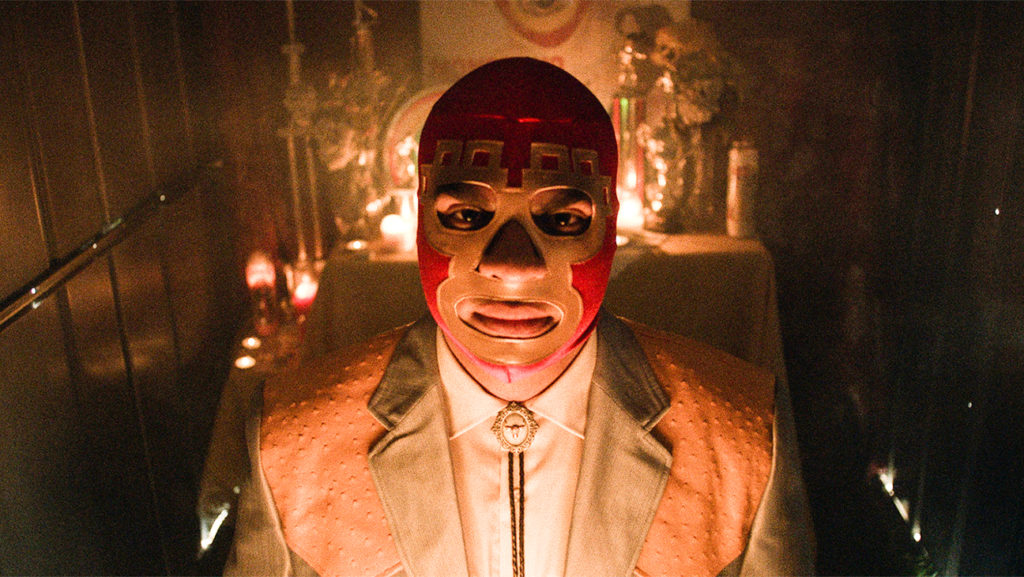 The third day of the festival was light on quantity as I only caught three films. But the high quality made up for the small numbers.

Having already written about KING COHEN when I saw it at Fantastic Fest this year, I will not rehash my thoughts here. I will just say that the second viewing of it was just as much fun as the first and it stands as a lovely tribute to a great American filmmaker. 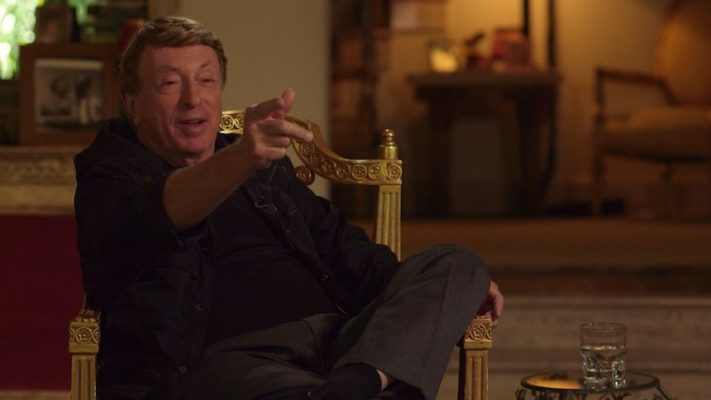 LOWLIFE was another film in the festival line up that I was really looking forward to seeing. While it took a little while to settle in after the uncomfortable, ultra-dark opening scenes (which include some grisly autopsy imagery that puts most horror and splatter films to shame), co-writer/director Ryan Prows turns in a suitably skuzzy, funny, and surprisingly engrossing low-budget crime flick that reminded me of some of the better Tarantino knockoffs that came out in the mid to late ’90s. I mean that as a compliment.

I don’t really want to say much about the plot of the film, because most of the fun is watching the way the plot unfolds in a fractured timeline that gradually comes together to a satisfying conclusion. I will say that said plot involves an insane luchador (Ricardo Adam Zarate) with severe anger issues who refuses to take off his mask and believes the scummy low-rent crime boss (Mark Burnham) he works for is a good man. Into their orbit are drawn several desperate characters who are barely hanging on at the criminal fringes of society.

Starting as a brutal, gruesome crime thriller before skipping through elements of dark comedy and coming to a surprisingly touching and satisfying ending, LOWLIFE is a fun and sneakily well-rounded film. It stuck with me in ways that I didn’t expect.

GET EVEN (a.k.a. ROAD TO REVENGE) is the film that I have always expected out of bizarre vanity projects (that turned out dull) like THE ROOM.

Writer/producer/director/star John De Hart is an attorney in Los Angeles who decided he wanted to be an action hero in a movie, so he invested his own money into a film that is equal parts corrupt cop drama, buddy comedy, romance, and satanic panic horror film. The results are as bizarre as you would hope.

Rick (De Hart) is a disgraced former cop who is kicked off the force with his best friend Huck (Wings Hauser!) when they are framed for drug possession by their crooked boss Normad (William Smith). While Huck descends into alcoholism as his wife divorces him, Rick reconnects with Cindy (Pamela Bryant), his ex-girlfriend who has recently returned to town. But Cindy brings problems in the form of a satanic cult that wants to kill her. Would you be surprised if I told you that the head of the cult just happens to be Normad? Of course you wouldn’t. 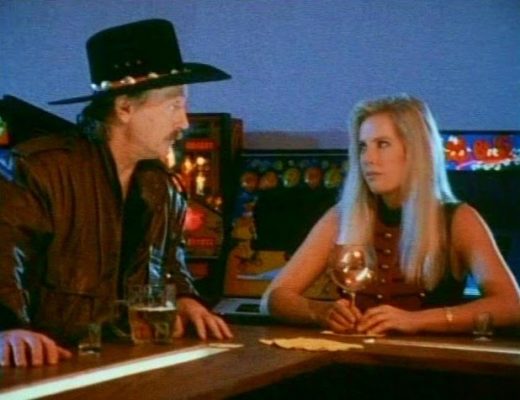 GET EVEN is filled with all the stilted dialogue, amateurish acting, and awkward action and sex scenes you would expect from a film directed by a novice filmmaker. But the key to the film’s measured success is that it is never boring. De Hart is more interested in making a traditional genre film than the existential crisis/paranoid conspiracy films of Neil Breen. Because of that, he seems content to turn the spotlight over to an absolutely insane Hauser performance (who rarely seems to be acting sober) and a series of attempted action scenes. The only points where the film feels like a vanity project is when De Hart stops all momentum in its tracks to sing a song in a bar and have a series of gratuitous sex scenes with Bryant.

I’m not going to pretend that GET EVEN is a good or well-made film, but I was entertained. Surprisingly, only part of that entertainment value was of the unintentional variety. And that’s the best compliment I feel like I can give to a vanity project.