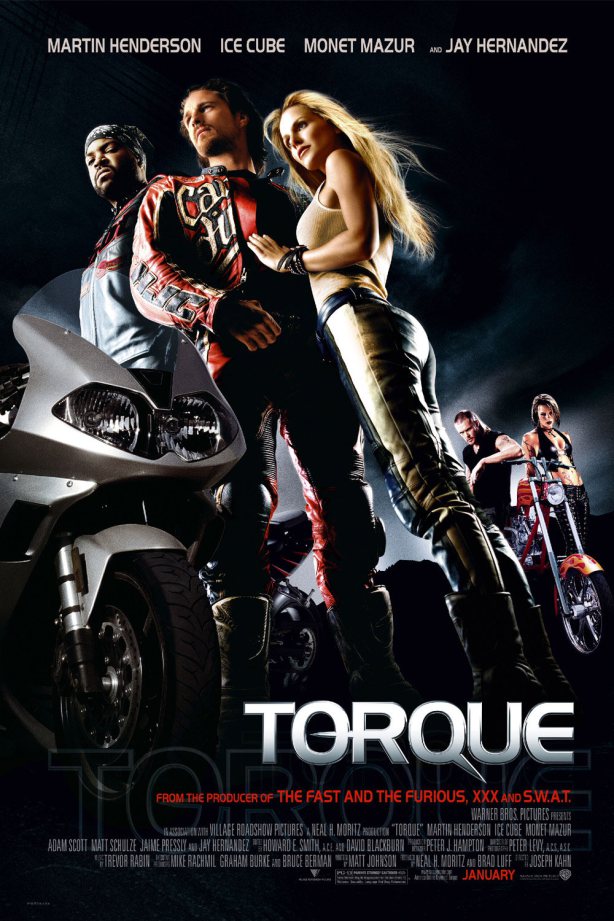 TORQUE is out on Blu-Ray tomorrow (or it’s out already, depending when you read this page. The following originally appeared on my personal site. Generic apologies in advance to anyone it offends. 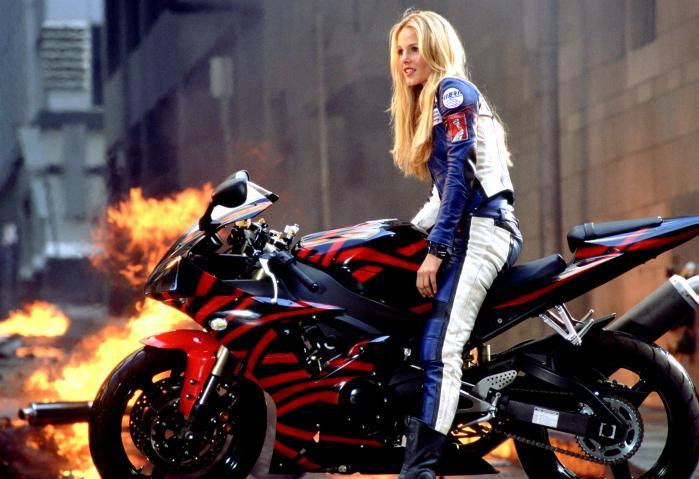 Shane always parks NEXT to the flaming parking space, not in it.

TORQUE is flashy, colorful, trashy, and fun. It’s got tons of pretty girls, it’s got great stunts, and it’s got terrifically entertaining performances — intentionally or otherwise. If FAST FIVE banged its head against a stop sign for an hour and then tried to get back on the road, this is the movie that could happen.

I like this movie, for the record. It’s stupid, but it’s willfully stupid. I don’t think anyone involved had any doubts about how stupid it was going to be. In fact, I think you have to be kind of smart in order to make a movie this stupid. It looks too good, and it lacks too many boring parts, to be accidentally stupid. 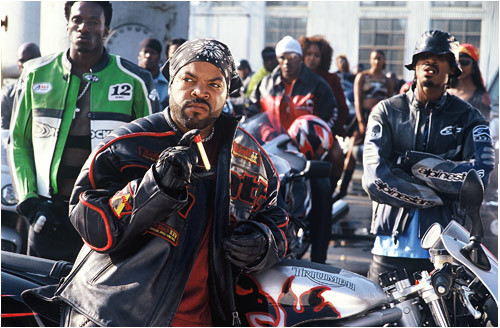 TORQUE was directed by Joseph Kahn, a hugely successful music video director who later made the very interesting semi-cult film DETENTION. It was written by Matt Johnson, also credited for INTO THE BLUE, like TORQUE a movie that makes “pretty and dumb” an entertaining virtue. The editor, Howard Smith, cut the incredible cult favorite NEAR DARK. The cinematographer was Peter Levy, who also shot PREDATOR 2, RICOCHET, BLOWN AWAY, BROKEN ARROW, and UNDER SUSPICION. He’s been at it a while! These are pros, terrific craftsmen, assembled to perfectly execute some of the dumbest stuff of the decade. That’s a compliment.

Here are some of the many things that happen during the course of TORQUE:

A man jumps a motorcycle onto a moving train.

Dane Cook gets punched in the face.

What about those things are not totally fun and want-to-see-right-now-able? Even if some of it is aided by computer graphics, it’s still fun to watch. So are Christina Milian’s face and ass, if I may crack open the contents of my caveman brain and potentially invite angry PC commenters. It’s the truth. You want a movie critic who lies to you?

TORQUE is a movie that appeals to man’s most primal nature. FIRE! There’s stuff here for everybody, really — the guys are probably as fun to look at as the ladies if that’s your taste, the stunts are terrifically executed, the tone is rambunctious and hilarious in several different ways, and come on, everyone likes explosions! The movie is rated PG-13, so it can be shared with the whole family. It could even potentially open up a valuable conversation about the central subject. 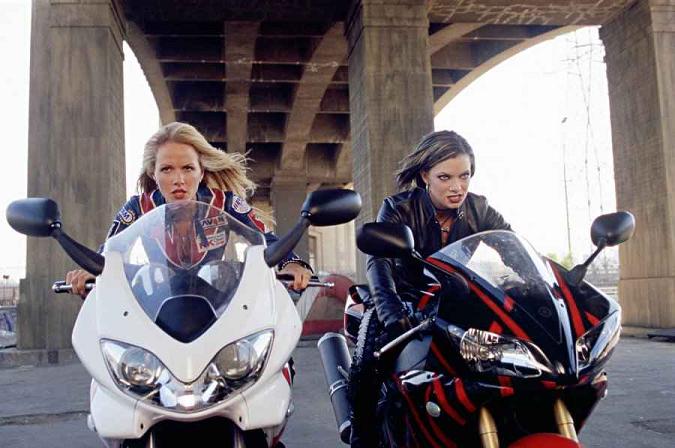 Motorcycles are stupid. They’re iconic and eye-catching and even beautiful on film — THE GREAT ESCAPE and TERMINATOR 2 being two of the great motorcycle-featuring films of all time — but here in real life they’re also known to be loud and intrusive and dangerous as all hell. Really, really dangerous. A motorcycle accident is more than a tragedy; it’s an inevitability. You can call a motorcycle accident ‘sad’ if you want, and it is sad, but so is smoking and eating McDonald’s and accidental death by erotic asphyxiation. There’s some appeal to the activity, but the odds are not good that you will escape unscathed. 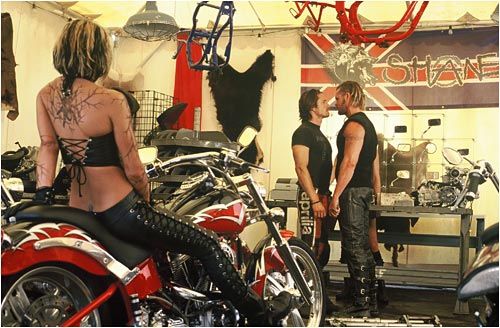 Go ahead! You know you want to…

It’s dumb to ride motorcycles and it’s dumb to glorify them, so TORQUE gives motorcycles the movie they deserve. Would anyone, even people who ride motorcycles, want to see a serious, sober, and smartly-written movie about motorcycles? The closest you’ll ever get to that is David Cronenberg’s CRASH, and in the title alone my argument is only amplified. Basically, TORQUE is a dumb movie, made and played by people who aren’t.

Officer F.B.I., at your service!

Adam Scott (Parks & Recreation, PIRANHA 3D) gets it. As an FBI agent investigating the lead characters – who are wanted for murder – Scott puts a prodigious deadpan comic sensibility to work. Matt Schulze, as the villainous leader of the rival motorcycle gang, gets it also, playing his antagonist character close to the top but not quite over it. Star Martin Henderson seems to get it. Love interest Monet Mazur definitely gets it. Jaime Pressly, Lord bless her, absolutely gets it. Ice Cube may or may not get it anymore, but I sure hope he does. The invaluable Faizon Love, as Cube’s sidekick, always gets it. Christina Milian might not totally get it, but in my considered opinion she looks phenomenal here so…

…what was I saying again? 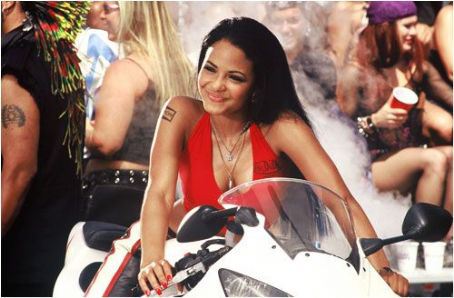 This is an amazing midnight movie experience. You don’t even need any chemical assistance, although loading up on sugary soft drinks wouldn’t be out of line. So let’s all raise a glass of orange soda (that we mixed with grape soda and also strawberry soda, because one single flavor is hardly enough) and toast the achievement of Joseph Kahn & co., and let’s hope that they all get together for another feature one day, because this is some excellently wacked-out sugar-junk right here.

Order the Blu-Ray from Amazon!