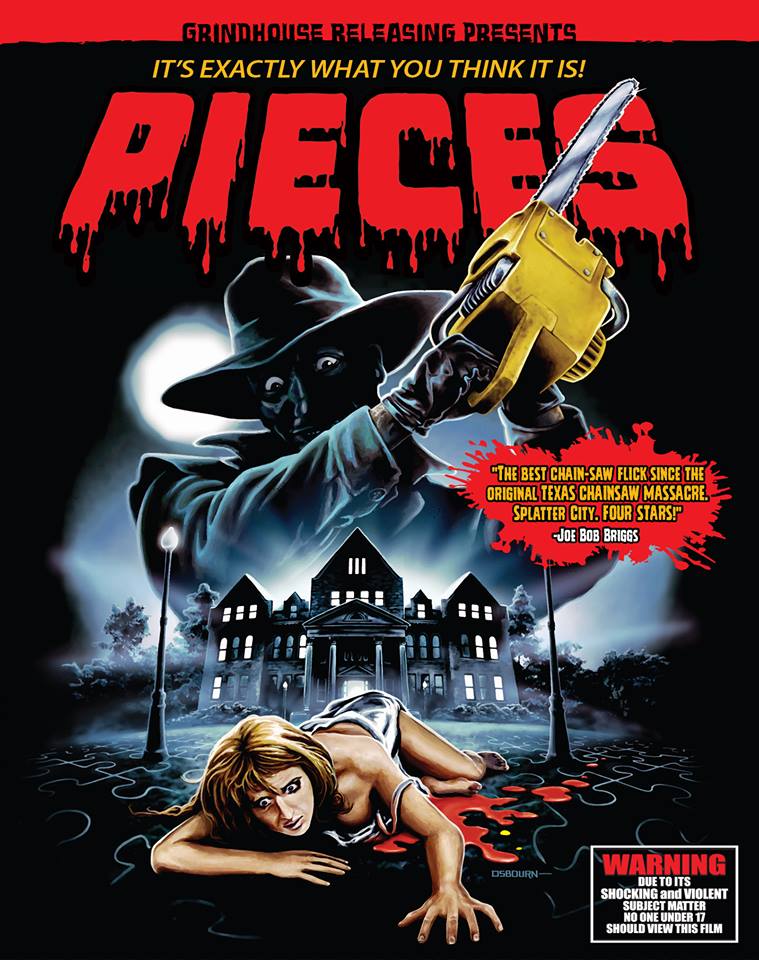 Grindhouse Releasing is blazing a bloody trail of chainsaw carnage in 2016 with the company’s best home video release to date: the highly anticipated 3-disc deluxe Blu-ray edition of the 1980s slasher classic PIECES.

Hitting stores March 1, this jam-packed, definitive hi-def set (specs below) comes complete with an eye-popping PIECES jigsaw puzzle (limited to the first 3000 copies, available now for pre-order at Diabolik DVD and Amazon.com.  Through an exclusive deal with Grindhouse Releasing, Diabolik DVD customers will receive PIECES a week early on February 23 – and get first crack at the limited edition, which is projected to sell out fast. 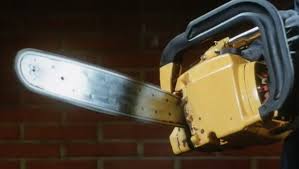 “We’ve had phenomenal response to our announcement of PIECES,” says Grindhouse Releasing theatrical director and publicist David Szulkin. “It’s been one of our most requested titles for the Blu-ray market, and already, in pre-orders alone PIECES ranked as one of Diabolik DVD’s top ten Blu-ray best-sellers of 2015. PIECES is also a real crowd-pleaser in theaters, and we will be screening it at midnight shows and on college campuses across the country to promote the Blu-ray, starting at the Coolidge Corner Theatre in Boston where the movie takes place.” 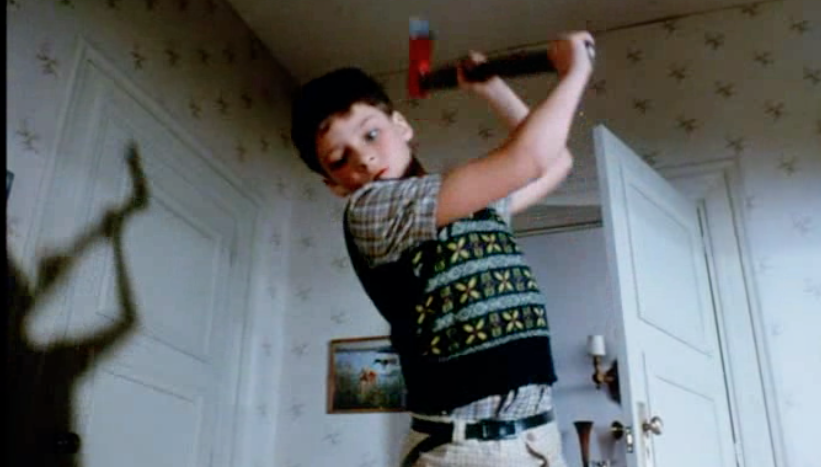 PIECES was a Variety Top 10 box office smash in its original release, debuting at #5 in its first week (ahead of RETURN OF THE JEDI at #6!). It has remained a favorite among connoisseurs of gore, including director Eli Roth who ranks PIECES as one of his top horror films of all time.

“We are very proud of this release, “ says Grindhouse Releasing co-founder Bob Murawski, an Academy Award-winning film editor whose credits include THE HURT LOCKER, SPIDER MAN 1, 2, & 3, ARMY OF DARKNESS, and the hit Starz TV series ASH VS. EVIL DEAD. “The stunning 4K masters, the incredible 42nd Street documentary produced by Calum Waddell and Naomi Holwill, the terrific new audio commentary by Jack Taylor, Jim Kunz’ grueling 9 months of encoding, transcoding, authoring and menu design, the beautiful packaging by Tad Leger and Dan Harrington, and what we consider to be the coup of the century: the long-awaited, highly anticipated return of Rick Sullivan of Gore Gazette fame, contributing magnificent new liner notes to the release. We think it’s our best release yet! “ 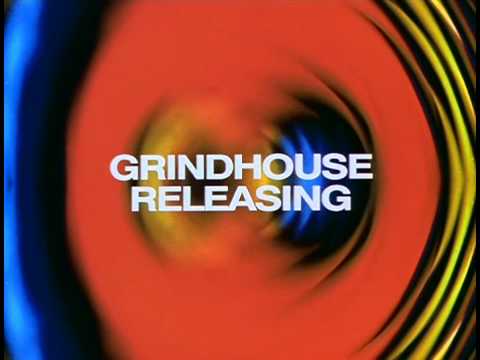 presented in Spanish with original score by Librado Pastor 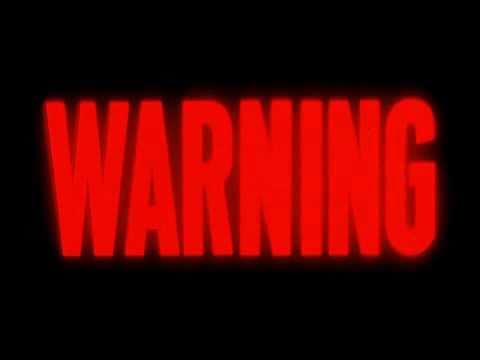