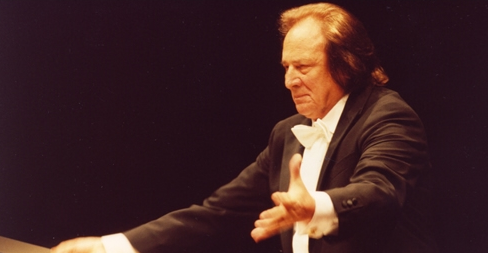 Various Italian news sources are claiming that Riz Ortolani, musician and composer of the scores for a huge number of films, including eurotrash classics including CASTLE OF BLOOD, THE HOUSE ON THE EDGE OF THE PARK, CANNIBAL HOLOCAUST, DAY OF ANGER and MONDO CANE, has died at the age of 82. He was nominated for an Academy Award twice, once for “More,” the memorable track from MONDO CANE.  His music can be heard more recently in the scores of such films as DJANGO UNCHAINED and DRIVE, showing his influence on a new generation of filmmakers.

Rest in peace, one of the masters of the film score.

Below are some of his most memorable tracks.