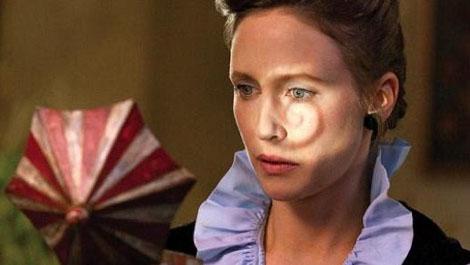 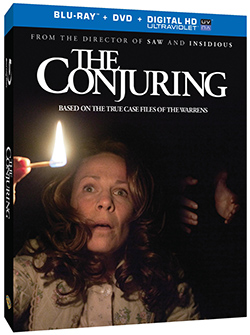 Burbank, CA, September 12, 2013– Things will go bump in the night when “The Conjuring” arrives onto Blu-ray Combo Pack, DVD and Digital Download on October 22 from Warner Bros. Home Entertainment. From acclaimed director James Wan, “The Conjuring” follows a pair of paranormal investigators who help a family haunted by a demonic force, only to find themselves trapped in their own horrifying nightmare.

Before there was Amityville, there was Harrisville. “The Conjuring” tells the true story of world renowned paranormal investigators Ed and Lorraine Warren (Patrick Wilson, Vera Farmiga) who were called upon to help a family terrorized by a dark presence in a secluded farmhouse.

Forced to confront a powerful demonic entity, the Warrens find themselves caught in the most horrifying case of their lives.

On October 22, “The Conjuring” will be available for download in HD or standard definition from online retailers including but not limited to iTunes, Xbox, PlayStation, Amazon, Vudu, CinemaNow and more.

The film will also be available digitally in High Definition (HD) VOD and Standard Definition (SD) VOD from cable and satellite providers, and on select gaming consoles and broadband customers including Amazon, iTunes, etc.

*UltraViolet allows you to collect, watch and share movies and TV shows in a whole new way. Available with the purchase of specially marked Blu-ray discs, DVDs and Digital Downloads, UltraViolet lets you create a digital collection of movies and TV shows. Services such as Flixster and VUDU allow you to instantly stream and download UltraViolet content across a wide range of devices including computers and compatible tablets, smartphones, game consoles, Internet-connected TVs and Blu-ray players. Restrictions and limitations apply. Go to ultraviolet.flixster.com/info for details. For more information on compatible devices go to wb.com/ultravioletdevices.