JAWS celebrated its 40th birthday last year, and like any loyal fan, I revisited the classic for another round of blissful, munching mayhem on the shores of Amity Island. Viewing it for the umpteenth time, it struck me how similar Steven Spielberg’s shark epic is in tone and structure to Jack Arnold’s THE CREATURE FROM THE BLACK LAGOON (1954). Spielberg was eight years old when the Gill-man made his debut. I’d love to know if he caught the monster classic during its first theatrical run, because I can only imagine the impact the film would have on a child of the 1950s. I’m guessing he did indeed catch it at some point, as the similarities between CREATURE and the director’s own monster movie, made twenty years later, are strikingly obvious. So for shits and giggles, I’ve put together a list of ideas and shots from both films to test my theory. Take a look: 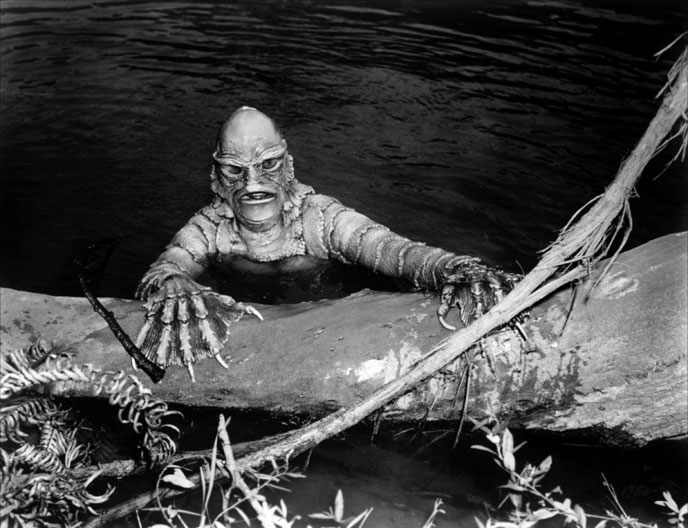 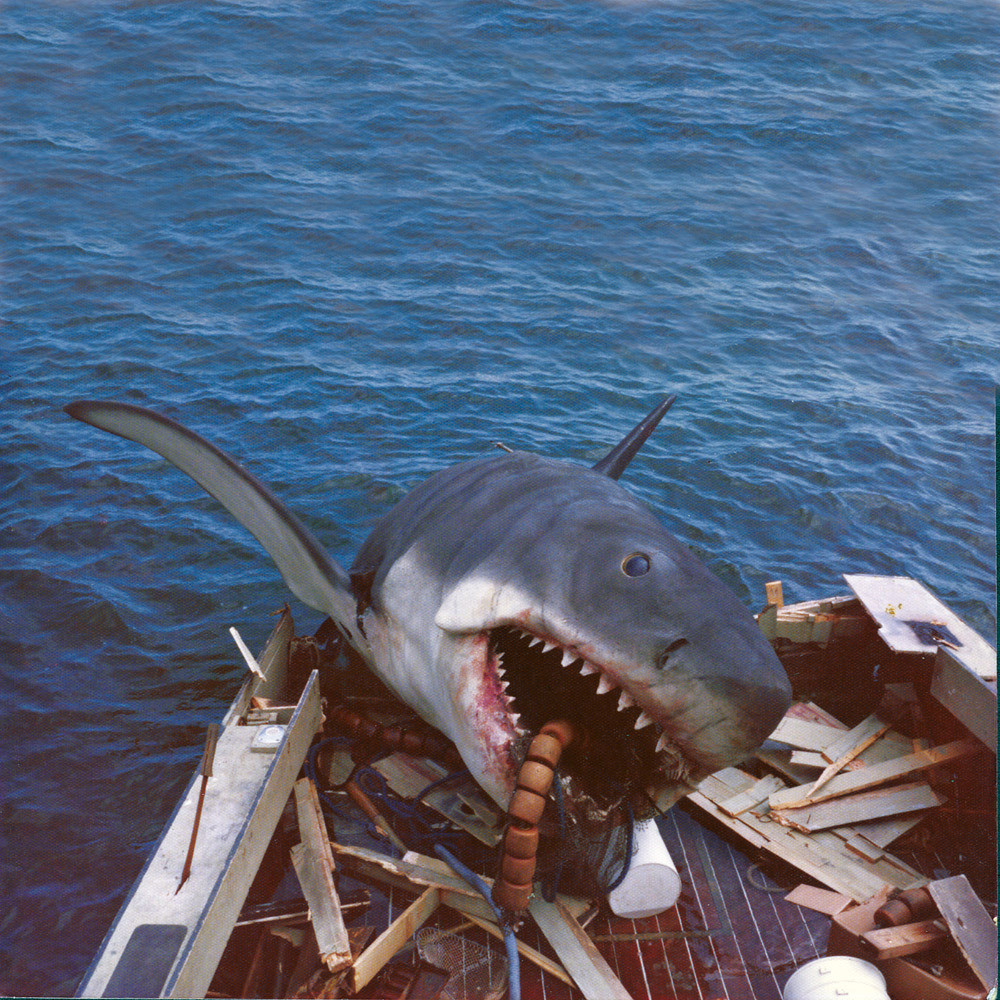 Let’s get the obvious out of the way first: both films feature a beast from the deep. 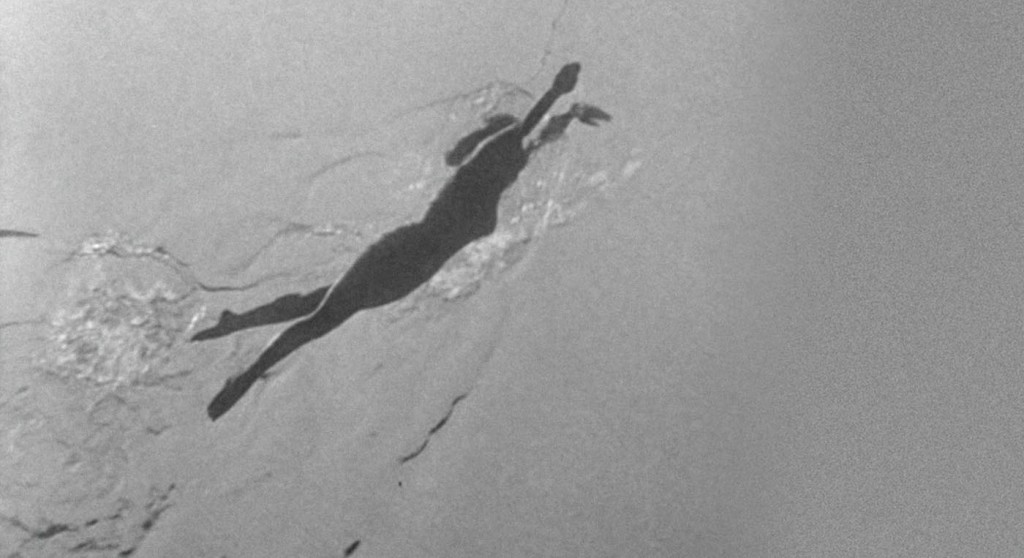 Monster’s below-the-surface view of beautiful girl swimming?: Check. Only difference here is that one of the monsters is lusting for the girl, while the other one simply wants to eat her. 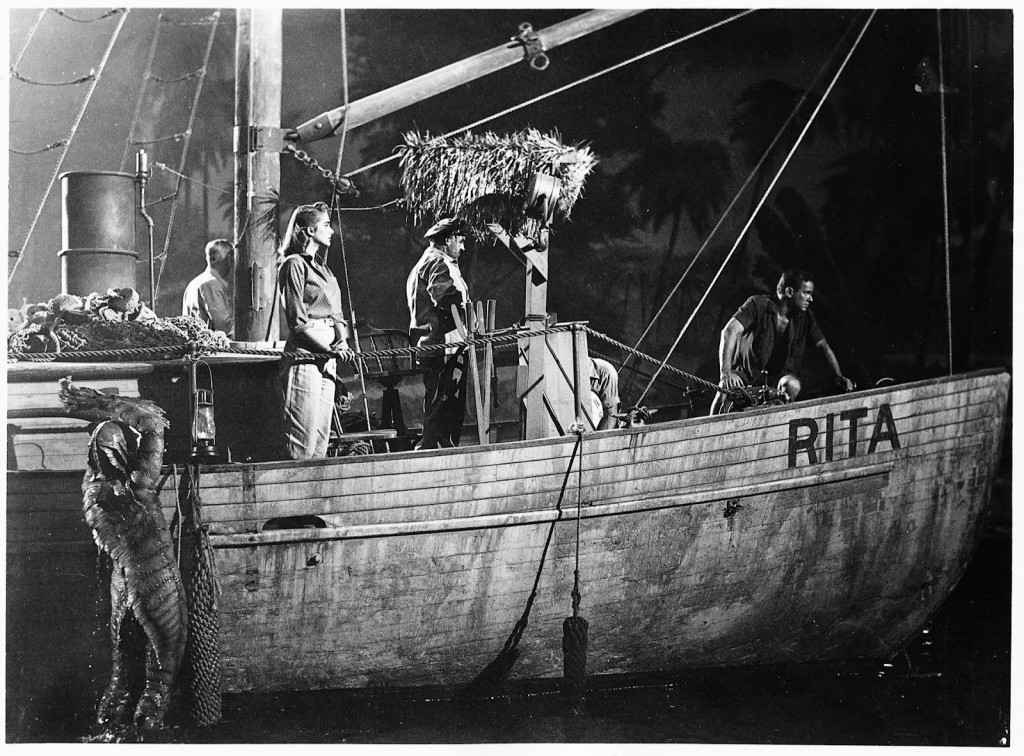 Both films are set on creaky old boats that look as if they could fall apart and sink into the depths at any moment. 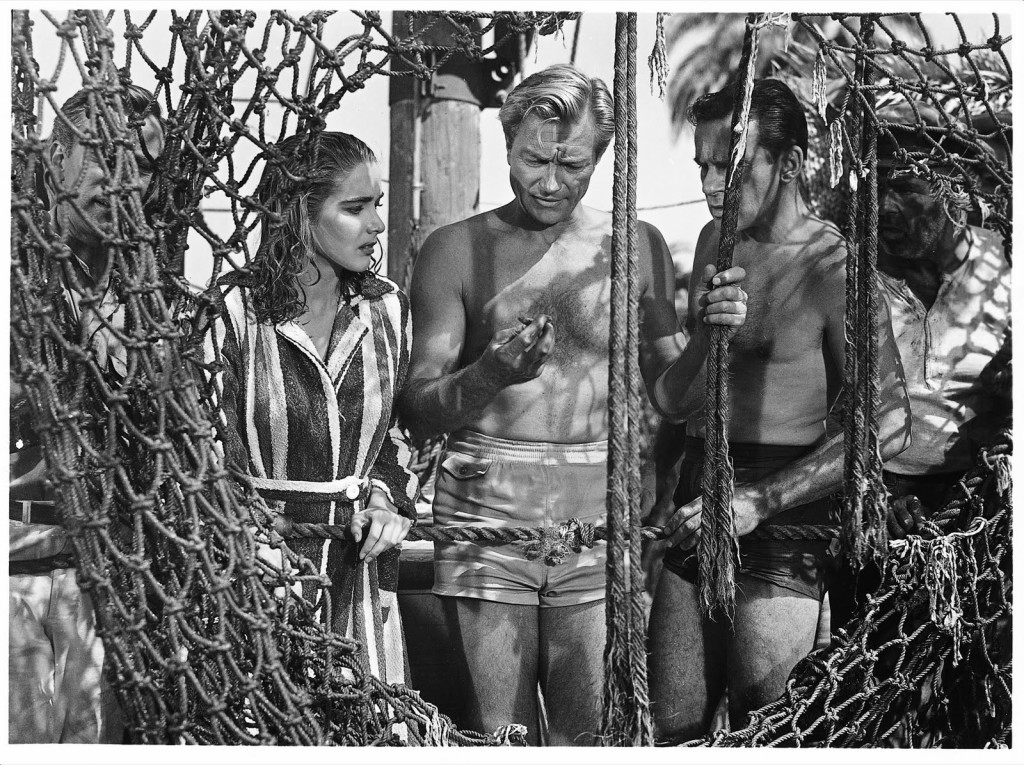 At one point, both monsters get caught up and destroy a contraption hanging from the side of the boat. In JAWS it’s a cage; in CREATURE, a net. 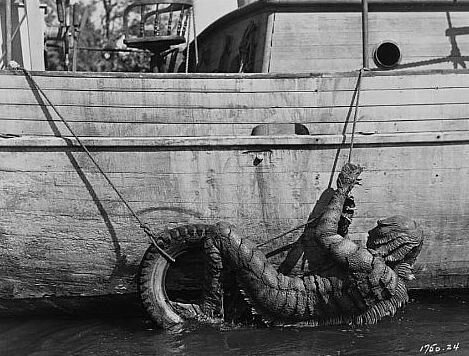 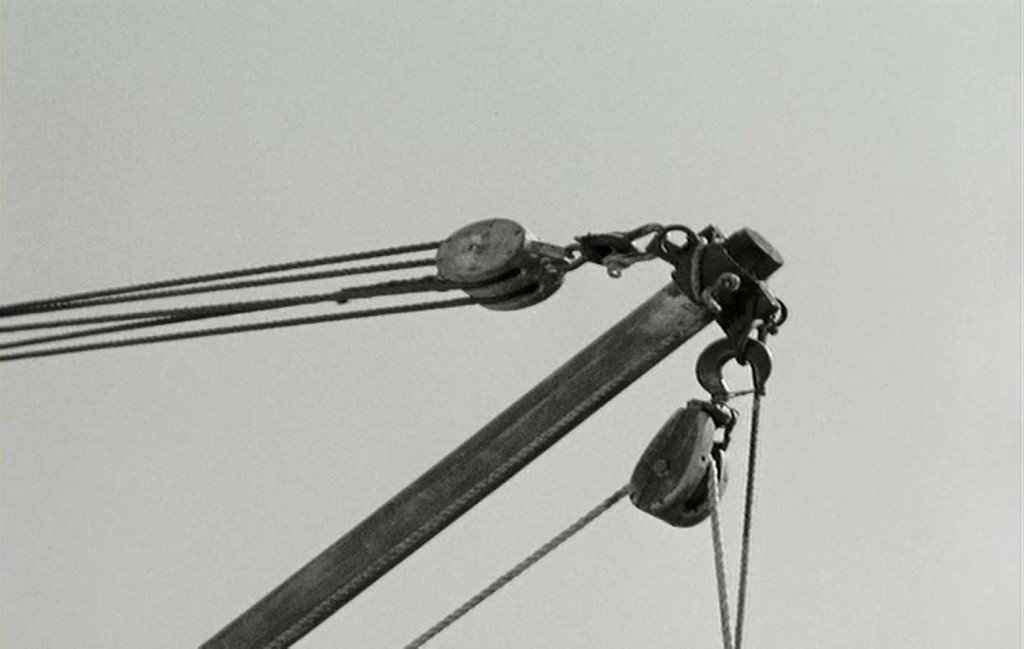 And during the above mentioned scenes, the cables holding the cage and net are tested and strained in similar shots. 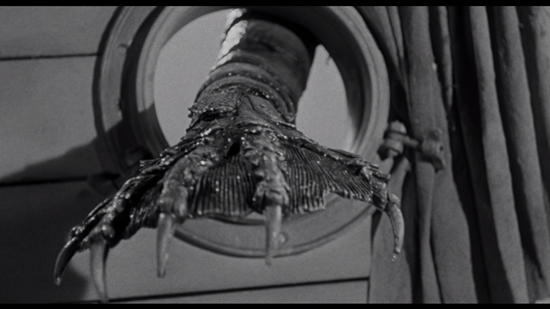 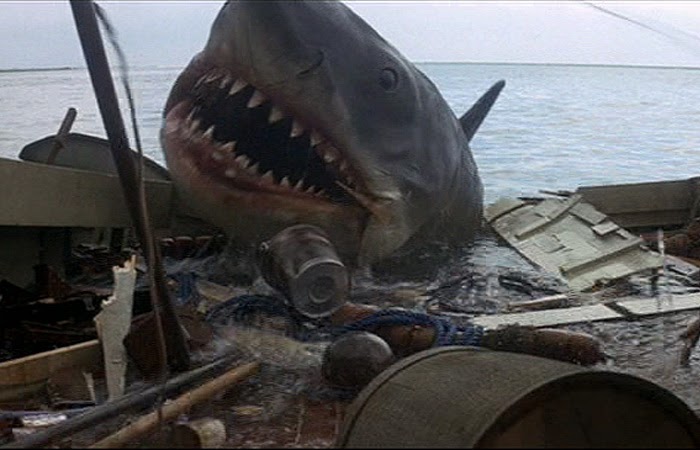 At the end of each film, the monster leaps or climbs onto the boat to claim a victim. 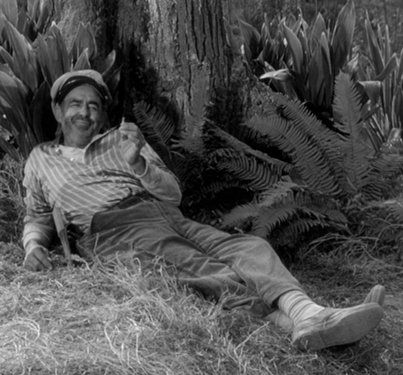 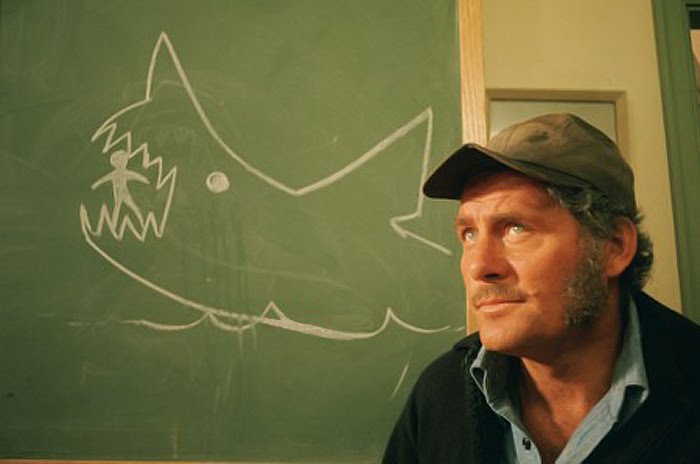 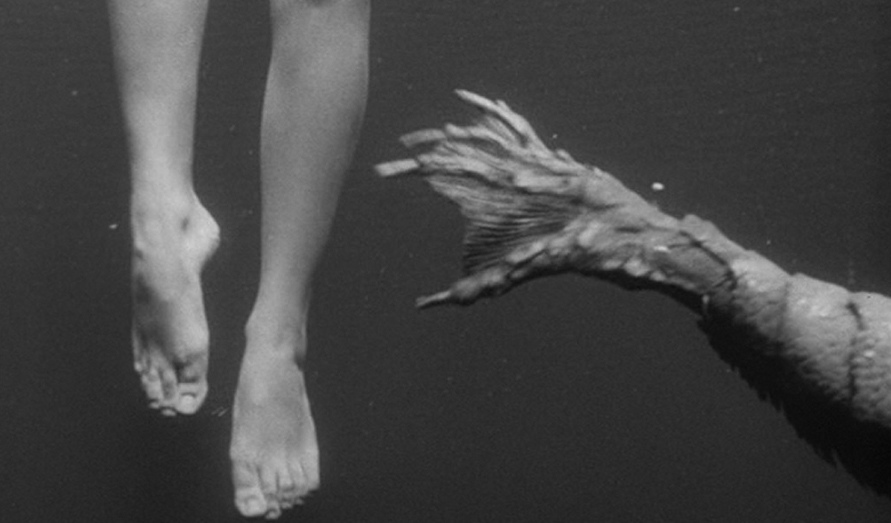 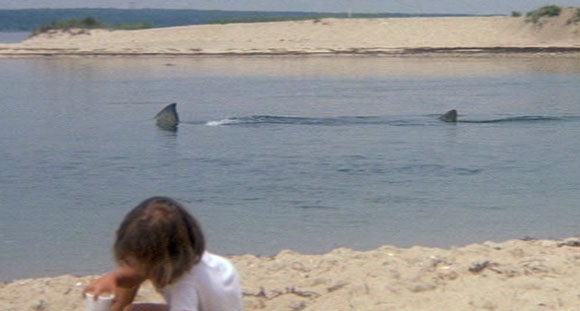 In each film, the monster is hidden from the audience’s view early on. Only certain parts of the beast’s anatomy are on display to indicate its presence, such as the shark’s fin or the Gill-man’s webbed hand.

Lastly, both monsters get their own theme music that plays when they make an appearance:


So, is this just a series of film coincidences, or is Mr. Spielberg a CREATURE FROM THE BLACK LAGOON fan? I’m really hoping he’ll jump on the site and let us know. For now though, let us know what you think so that you can get your comments in next to Steven’s answer when he does comment. 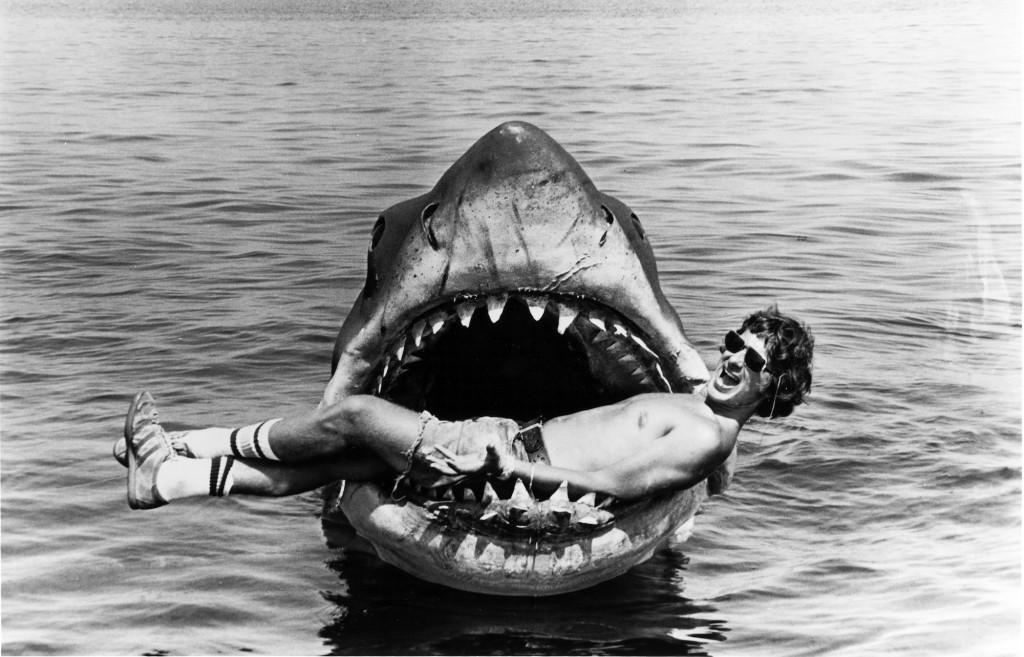 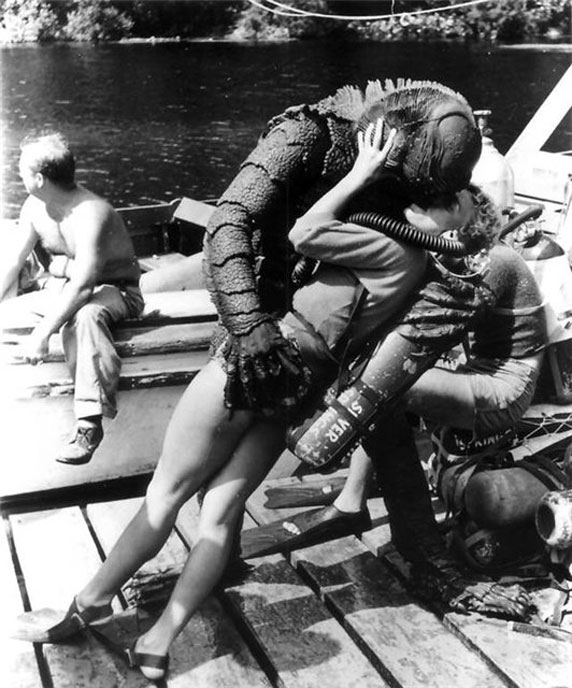